Small acts of kindness can go a long way. 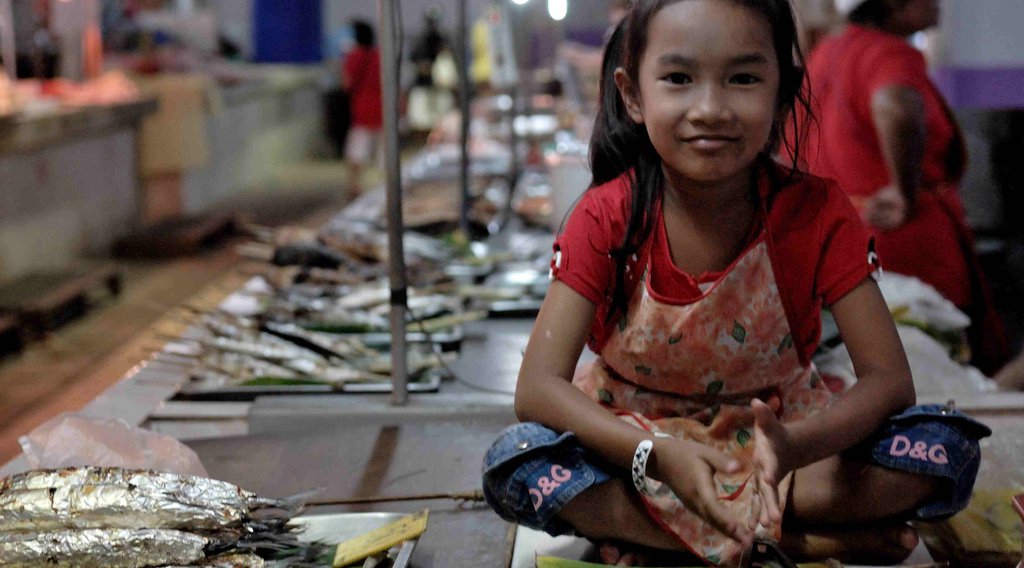 This year, more than 2.5 million children and infants have faced starvation across 13 countries in Africa and the Middle East.

Children and young infants are particularly vulnerable during times of famine and food insecurity. An estimated one in four children around the world are stunted because of chronic malnourishment, according to the United Nations Children’s Fund (UNICEF).

Over half of all child deaths before the age of 5 are attributed to malnutrition, totaling about 3 million deaths per year, according to UNICEF.

Take Action:Help the World Food Programme Get the Funds They Need to Fight Famine

Global Citizen advocates for a world where no child goes hungry, and you can, too — without having to leave your bed.

Here’s how you can start making a difference for children around the world right now:

You don’t have to be like Colin Kaepernick and Ben Stiller, who raised nearly $2 million for famine relief. (But if you can raise that much, more power to you.) By setting aside the money you use for that extra cup of coffee and energy drink and donating that money instead, you can make a difference.

If you’re able to sustain this for a week or convince others to do so, the impact you could have will be even greater.

To fully cover the costs to treat one child suffering from severe acute malnutrition — including the costs of staffing, transportation, and routine medication — you only need to set aside $100. That’s approximately 25 small frappuccinos from Starbucks, two months payment at your average gym, or a new tablet.

Here are some of the major organizations you can donate to: The Red Cross, Save the Children, Unicef and Oxfam. Some lesser-known organizations also working to end child hunger include Action Against Hunger, Bread for the World Institute, The Hunger Project and Heifer International.

Read More:How to Make Sure Donated Goods Are Helping, Not Hurting, After a Crisis

2. Take action on water and sanitation

There has been a “food first” bias to aid during times of famine, according to a report from the Humanitarian Learning Center, but water and sanitation are just as important.

Contrary to the slow and complex route toward famine, cholera is a fast and straight-forward killer in areas where people experience famine. The diarrheal disease, which spreads when someone ingests food or water contaminated by untreated feces, can cause death in a matter of hours.

Because of their small bodies and weaker immune systems, children face heightened risks of acquiring and dying from cholera.

People in Somalia fled famine and violence to live in camps, where the close proximity of people and lack of basic sanitation proved to be a breeding ground for water-borne illnesses. Nearly 800 people have died this year because of the disease.

Take Action with Global Citizen on issues related to water and sanitation by pledging to support #BeyGood4Burudi, emailing world leaders to prioritize sanitation, or tweeting a photo of yourself cleaning your toilet.

Take Action:Join The Lumineers in Calling On Businesses to Support Clean Water and Toilets

3. Read about famine and its complex causes

The media has a tendency to oversimplify the causes of famine, making a complicated, global problem feel isolated and one-note. For example, many blamed drought for the failing harvest season in Ethiopia and neighboring countries.

However, larger problems (such as lack of agricultural infrastructure, poverty, and climate change) all played a role in the country’s descent into food insecurity.

By the time a famine is declared, geopolitics may already be at play. Some sides of a warring country may trade access to relief camps in exchange for rights to land, power, oil, or other resources.

In Yemen, the UN declared conflict as the major cause of the famine. While some aid organizations are on the ground and able to help people, the conflict makes it extremely difficult for expatriate to reach people in some areas of the country.

By understanding the complex issues that contribute to a famine, you can then know where to donate your skills, time, or money to best help those affected by the famine.

We recommend reading this report from the International Rescue Committee and other aid organizations that focuses on the lessons learned from famines over the last 30 years.

And what could be more comfortable than reading in your own bed?

Read More:Pearl Jam Is Pitching in to Fight Famine in Africa

Yes, shopping online can help save the lives of children suffering from malnutrition.

AmazonSmile will donate 0.5% of your purchase price to the organization of your choosing. Go to AmazonSmile, choose which organization you want to receive the donations, and start shopping.

By downloading this app, called Tab for a Cause, and using it like your normal web browser, you can help raise money to end world hunger. For every tab you open, the app’s sponsor will donate money to a charitable organization of your choice.

The amount donated per tab ranges between one-tenth and one-third of a cent. That may not sound like a lot, but the total can add up fast. The app has already raised over $50,000 this year.

There are other apps you can download and start raising money to end hunger, including an app that raises money for Save the Children every time you shop.

All of this you can do on your phone without lifting your head from the pillow.

In his Ted Talk last year, Global Citizen co-founder Mick Sheldrick said that sharing your story is one of the most powerful and bravest things you can do to be a Global Citizen and to help end world poverty.

Stories are essential to social media campaigns. Stories touch our hearts, remind us of our humanity, and connect us to people halfway around the world. By sharing stories on social media, you are not only making the world a more connected place but also (possibly) inspiring others to donate to help end world hunger.

Share stories related to Food & Hunger and Education to raise awareness for issues impacting children in food insecure areas around the world. Feed the Children, Unicef, and World Vision also offer compelling stories you can share via social media.