The ban could finally be blocked for good. 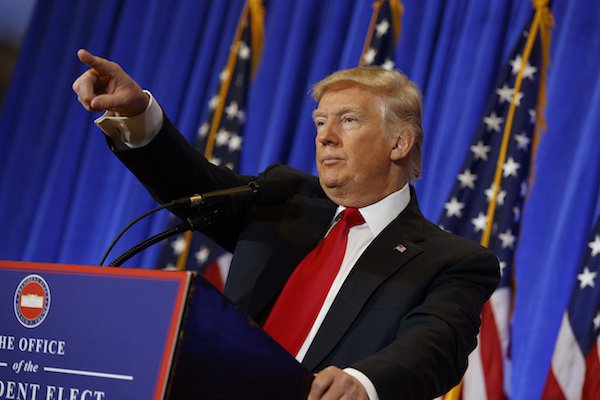 While President Donald Trump was theatrically announcing he would pull the United States out of the Paris Climate Agreement, he simultaneously pursued another policy that could hurt the world’s most marginalized.

On Thursday, the Trump administration appealed to the Supreme Court to reinstate its revised travel ban, which attempts to deny immigrants and refugees from six Muslim-majority countries entry into the US, The New York Times reports.

“The stakes are indisputably high: The court of appeals concluded that the President acted in bad faith with religious animus when, after consulting with three members of his cabinet, he placed a brief pause on entry from six countries that presented heightened risks of terrorism,” the brief said.

“The suspension’s explicit purpose is to enable the President – based on the recommendation of the Secretary of Homeland Security, in consultation with the Secretary of State and Director of National Intelligence – to assess whether those countries (and others) are providing adequate information ‘to prevent infiltration by foreign terrorists.’”

Read More: A Group of Africans Was Denied Entry to the US for a Summit on Africa’s Economy

The appeal to the Supreme Court comes a week after a federal appeals court in Richmond, Va. upheld a lower court’s ruling to suspend the executive order, saying it, “drips with religious intolerance, animus and discrimination.” By targeting one religion, the order violates the establishment clause in the Constitution, which grants religious freedom.

It was one of many judicial defeats for the travel ban, which has been met by resistance since its inception.

The original travel ban, issued at the end of January, attempted to ban all Syrian refugees for 120 days and stop issuing visas for people from Syria, Iraq, Iran, Sudan, Libya, Somalia, and Yemen for 90 days.

The ban did not apply to religious minorities in these Muslim-majority countries.

Read More: Cinematographer For Oscar-Nominated ‘White Helmets’ Was Blocked From Entering US

Many people from these nations who already had visas were on flights when the order went into effect, causing chaos at US airports when they landed and were denied entry into the country. Massive protests ensued both in the US and abroad.

The executive order was immediately challenged in court and suspended by the US Court of Appeals in the Ninth Circuit. Trump vowed to take the issue to the Supreme Court.

SEE YOU IN COURT, THE SECURITY OF OUR NATION IS AT STAKE!

The Trump administration responded with a revised travel ban, issued in March, which presented more specific criteria for entry into the US, exempted individuals who already held visas, removed Iraq from the list of banned countries, and reduced the number of refugees the US would take in from 110,000 to 50,000. It provided a ten-day window before going into effect.

Still, the revised ban was challenged in court for targeting Muslims. Before the ten-day deadline, lawsuits were filed first in Hawaii and later in Maryland before a federal judge in Hawaii extended the order’s suspension nationwide, pending judicial review.

Read More: Muslim Teacher Was Stopped From Traveling to US, Even Though He’s British and Trump’s Ban Was Blocked

The 10-to-3 decision last week by the US Court of Appeals for the Fourth Circuit was split along partisan lines, with the three Republican appointees in dissent. The case will now go to the highest court in the land, which is back at full strength with the appointment of Justice Neil Gorsuch.

The case could be an early indicator as to how Gorsuch will affect the court going forward. Civil rights organizations hope he will follow judicial trends.

“There is no reason to disturb the Fourth Circuit’s ruling,” Omar Jadwat, a lawyer for the American Civil Liberties Union (ACLU), said, “which was supported by an overwhelming majority of the judges on the full court, is consistent with rulings from other courts across the nation, and enforces a fundamental principle that protects all of us from government condemnation of our religious beliefs.”