By Erica Sánchez  and  Brandon Wiggins

Osmar and Valeria fled Venezuela with her family to Ecuador in 2017. With the economic support and courses given by the Graduation Model, Osmar and Valeria have a regular income, improving their living conditions and coming out of extreme poverty.
© Ilaria Rapido Ragozzino/UNHCR
Defend the Planet

Ecuador has become home to hundreds of thousands of refugees fleeing crisis in Venezuela.

By Erica Sánchez  and  Brandon Wiggins

Why Global Citizens Should Care
Refugees and displaced persons often struggle with poverty. Economic stability, meanwhile, is a key factor in enabling them to assimilate into a new country. You can join us and take action on this issue here.

An Ecuadorian program called the Graduation Model is giving displaced people, including those fleeing from crisis in Venezuela, the tools they need to thrive in their new homes.

The program primarily aims to ensure that refugees have a steady income, which is a “crucial predictor of [their] success,” according to the United Nations Refugee Agency (UNHCR). 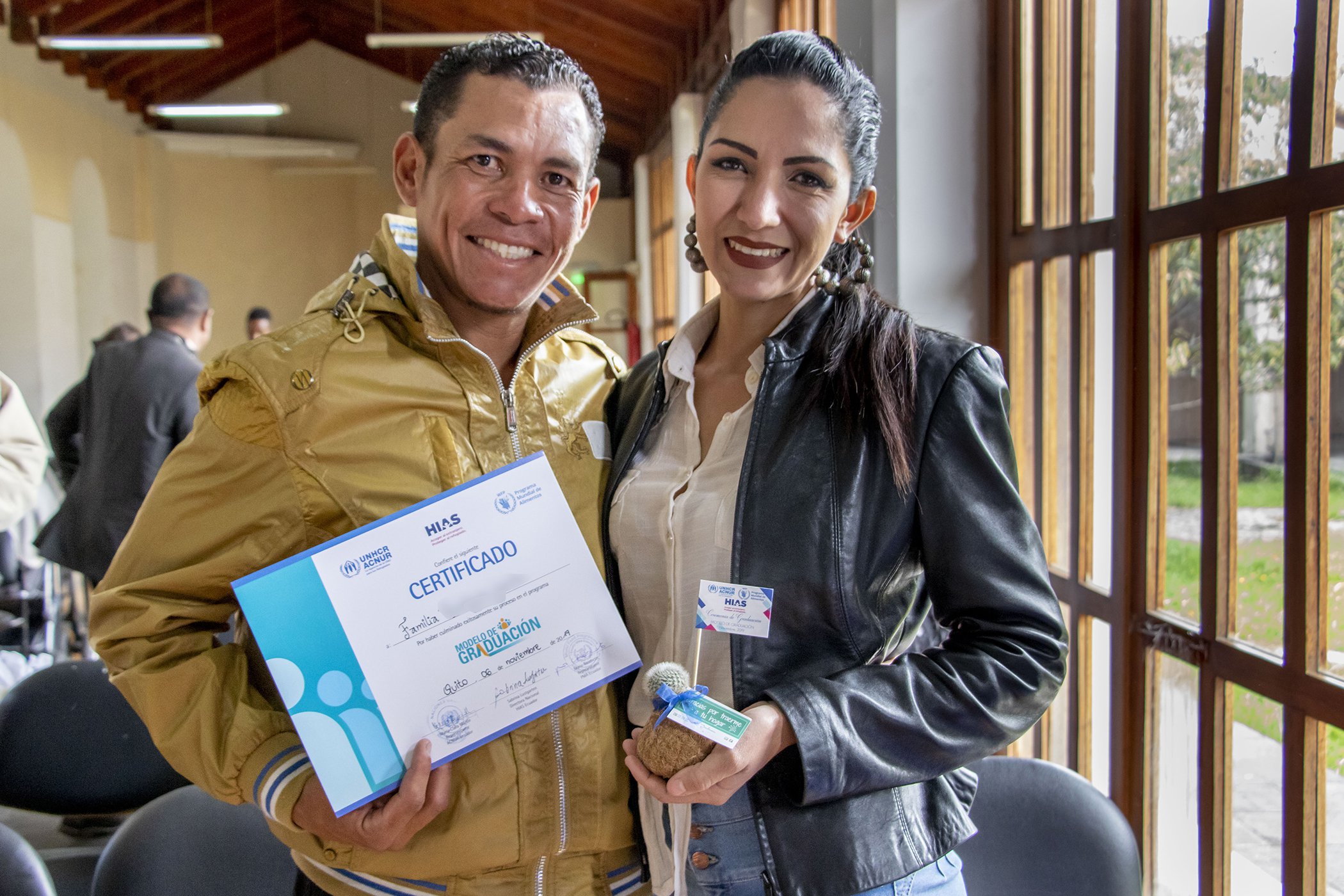 Osmar and Valeria fled Venezuela with her family to Ecuador on 2017. They have since been a part of the Graduation Model, a UNHCR program implemented by HIAS that seeks economic integration of particularly vulnerable refugee families.
Image: © Ilaria Rapido Ragozzino/UNHCR

One success story recounted by the UNHCR is that of Valeria, a Venezuelan refugee who is pursuing a career in event planning. Another is Deilys, a 36-year-old mother of two who fled due to political persecution in 2017. In Ecuador, she has used her seed money from the Graduation Model to purchase cooking supplies and now sells vegan desserts at street fairs, and hopes to own her own shop one day.

“Since 2015, more than 3,150 refugee families in Ecuador have been through the program,” said the UNHCR.

Venezuela has been in a state of humanitarian crisis for several years following a severe economic downturn. Poverty and hunger are widespread, while access to health care, sanitation, and education remains scarce.

The UNHCR has called this refugee crisis "the largest exodus in the region’s recent history.” Over 4.5 million refugees have fled from Venezuela, about 16% of the population, according to the Brookings Institute. 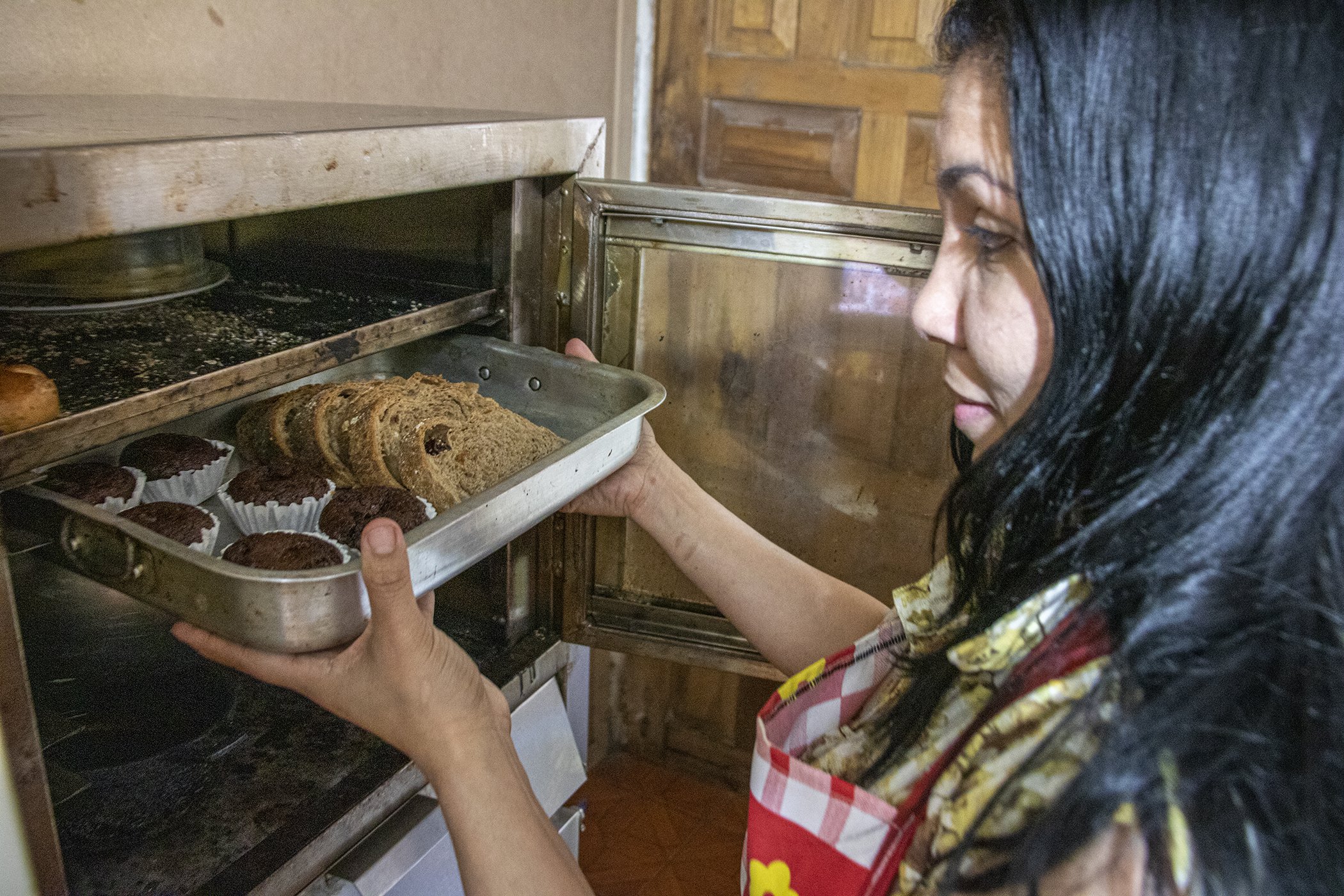 Deilys fled Venezuela with her family and arrived in Ecuador on December, 2017. With the economic support and courses given by the Graduation Model, Deilys created a brand of vegan desserts, selling them at events providing a regular income.
Image: © Jaime Giménez Sánchez de la Blanca/UNHCR

Ecuador has taken in 385,000 of these Venezuelan refugees, according to the UNHCR. Colombia and Peru have also taken in a large number of refugees from Venezuela.

TopicsVenezuelaRefugeesUNHCREcuadorHebrew Immigrant Aid Societyayuda a venezolanos en ecuadorprograma modelo de graduacionprograma ecuatoriano de ayuda a venezolanos
Osmar and Valeria fled Venezuela with her family to Ecuador in 2017. With the economic support and courses given by the Graduation Model, Osmar and Valeria have a regular income, improving their living conditions and coming out of extreme poverty.
© Ilaria Rapido Ragozzino/UNHCR