“Just think if this room stopped school at age ten.”

Former Tanzanian President, Jakaya Kikwete heads to the stage with a message that all countries should prioritize education investment. Credit: Jörg Modrow/Global Citizen

As thousands of global citizens streamed into the Barclaycard arena last week for the first-ever Global Citizen Festival Hamburg, heads of state and extraordinary survivors of polio, sex slavery, and war gathered just four floors above the stage to discuss one topic that was of paramount importance to all of them: education.

Each person was there to consider the question: why is education everyone’s business?

“Things have changed, now everyone need education to succeed and so we can have our own things,” education advocate, Wongani’s brother Joseph, who accompanied him to Global Citizen Festival Hamburg from Malawi told Global Citizen.

The event, “Educate All, Shape the Future,” was co-hosted by the prime minister of Norway, Erna Solberg, the Global Partnership for Education’s Chair, Julia Gillard, Education Commissioner and former president of Tanzania, Jakaya Kikwete, and the CEO of Save the Children, Helle Thorning-Schmidt, with support from Global Citizen partners LiveNation, HP, and Gucci.

Once the buzz and pre-festival jitters settled down slightly, the event kicked into action with a panel discussion that began to provide answers to why education for all matters and how it can be achieved.

Simply put, there are three education platforms that Global Citizens have been supporting to achieve the vision of a quality education for all: the Global Partnership for Education (GPE), Education Cannot Wait (ECW), and a new International Finance Facility for Education (IFFed) that, if fully funded, would be able to provide resources for 264 million children who are currently out of school.

Together, and if all governments increase their domestic support for education, these mechanisms could help the 264 million children out of school, and the 131 million girls missing out on an education. 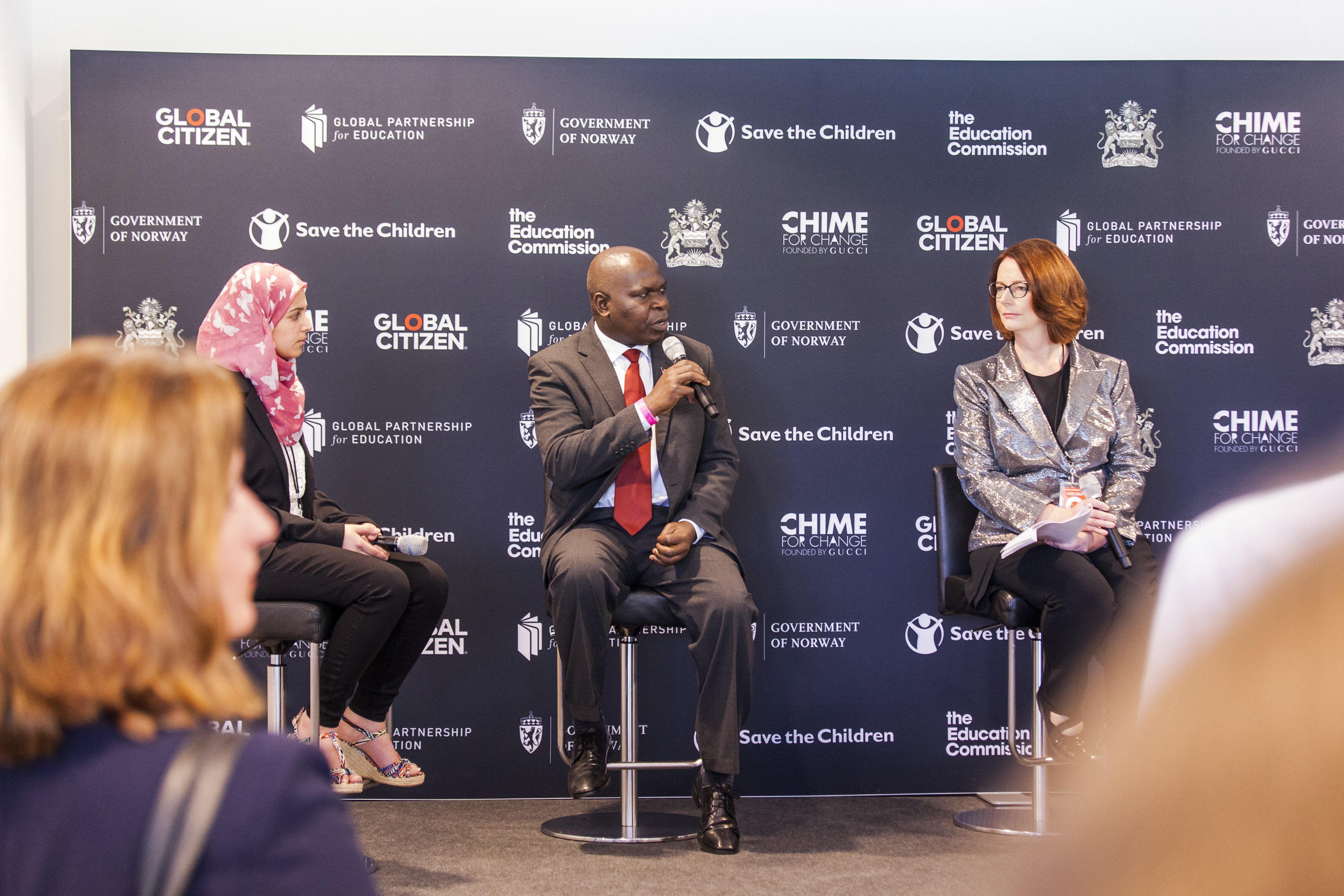 During the event, Gillard, who moderated the panel, said that replenishing GPE can fulfill the educational needs for over 870 million children in 89 of the world’s poorest developing countries.

Evans also announced the release of Global Citizen’s first-ever education accountability report, which includes a reflection on four years of commitments by World and corporate leaders on education that have been tracked and followed closely to measure their impact on childrens’ lives.

In the report Global Citizen highlights that since 2012, Global Citizens have taken 1.6 million actions towards achieving quality education for all children. These actions, combined with our high-level advocacy saw 57 new commitments and announcements, which are valued at $2.4 billion dollars, and set to affect the lives of 60 million children by 2030.

After the announcement, Gillard invited onstage the night’s co-hosts: Muzoon Almellehan, the world’s youngest UNHCR Goodwill Ambassador and former refugee, Emmanuel Fabiano, the Minister for Education for Malawi, Helle Thorning-Schmidt, CEO of Save the Children, and Marco Bizzarri, President and CEO of Gucci.

Each expert explained from their own perspective why education is their business.

“That moment when I found education at my refugee camp, it changed my life,” said Muzoon, 19, who now advocates with UNICEF for other young people in emergencies to access education, especially for those in conflict.

Fabiano called for other countries to invest more into the education of developing countries, and to do it, “much faster.” He also announced that Malawi will increase its budget for education from 17% to 18% this year, with an aim for this figure to increase to 20% of Malawi’s total budget in the coming years.

Thorning-Schmidt compared the success of the festivals to the impact that Global Citizen’s campaigning efforts for education has had over the years.

“Whenever you leave here, I want you to remember the number 264 million and think of how of those [children] are girls. Raise your hands if you’re a girl, just think if this room stopped school at age ten,” she said.

More than half the room, filled with high-level female executives and heads of state, including Prime Minister Solberg, held their hands high as others applauded.

Bizzarri, a Global Citizen board member, explained why partnerships and corporations are key to achieving girls’ education.

“Everyone needs to pitch in,” Bizzarri said. 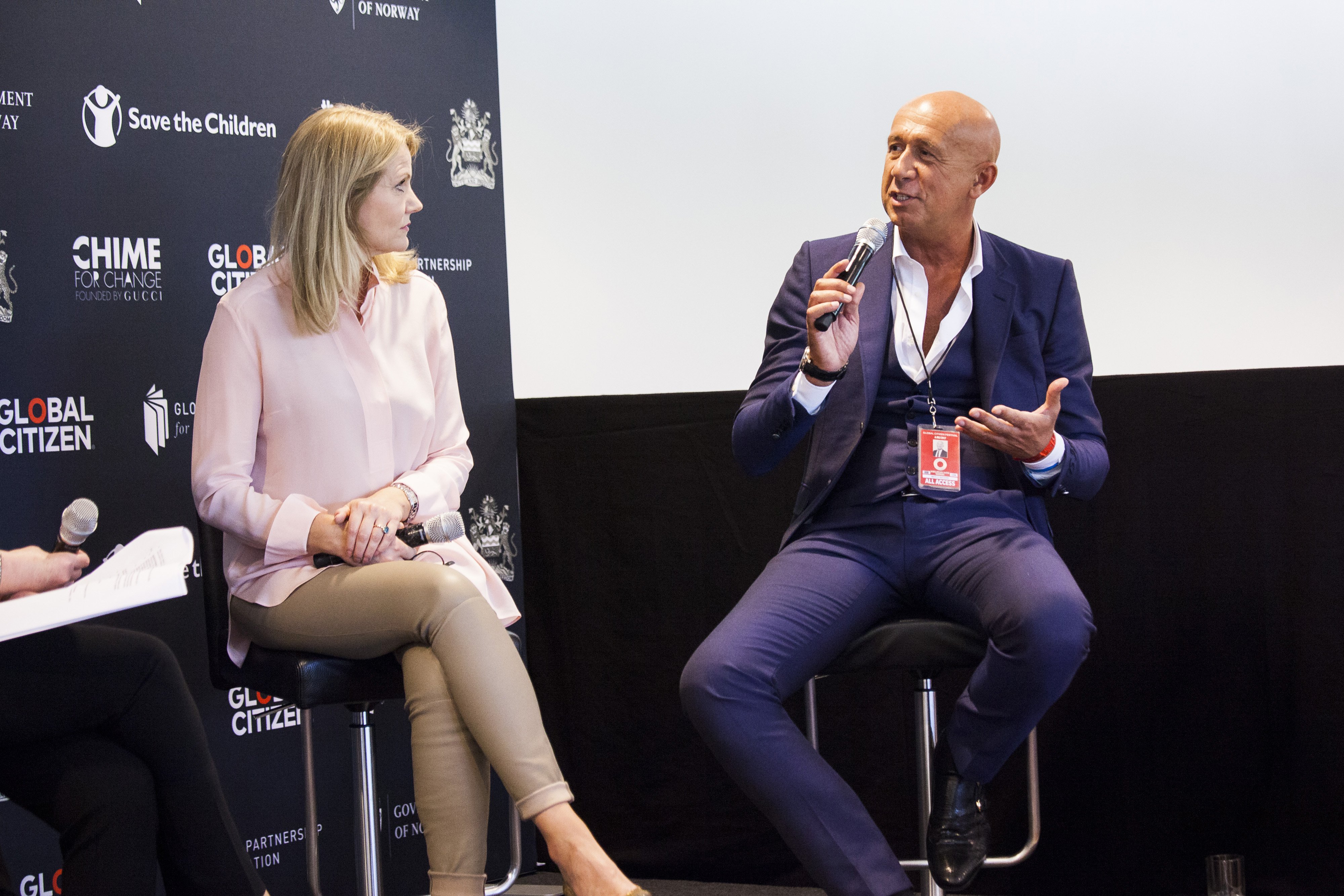 CEO of Save the Children, Helle Thorning-Schmidt and President and CEO of Gucci speak at Global Citizen's education reception hours before the festival.
Image: Jorg Modrow/Global Citizen

Former Tanzanian President Jakaya Kikwete during his introduction of the final speaker of the evening, Prime Minister Solberg, said that African countries are ready for more support from international communities to meet the education reform needed to provide equality education for its children.

And when Prime Minister Solberg took the stage to close the reception, she did so with a playful pitch for girls education.

“It’s not that it is totally useless to educate men,” she said, with laughter from the crowd,  “...it’s just we get more from educating girls.”

And as the afternoon reception came to an end, world leaders and activists took their places backstage ready to share their messages with the eager crowd.

Later that night onstage, former Prime Minister of the United Kingdom, Gordon Brown in a passionate speech, called education, “the civil rights struggle of our generation.”

And the president of Argentina, Mauricio Macri, promised to highlight education at next year’s G20 under his leadership.

But perhaps the best news came days later when the G20 formally agreed to support and guide the collaboration between all three education mechanisms, GPE, ECW, and IFFed, bringing the world one step closer to helping achieve the United Nations Sustainable Development Goal of providing education for all.

“Some say it’s too visionary, too hard, to reach it, but I believe it is possible,” Solberg said, before calling on G20 leaders to step up for education during the festival. It appears that her call, and that of over 50,000 Global Citizens who took action in the lead up to Hamburg, were heard loud and clear by our most powerful leaders. 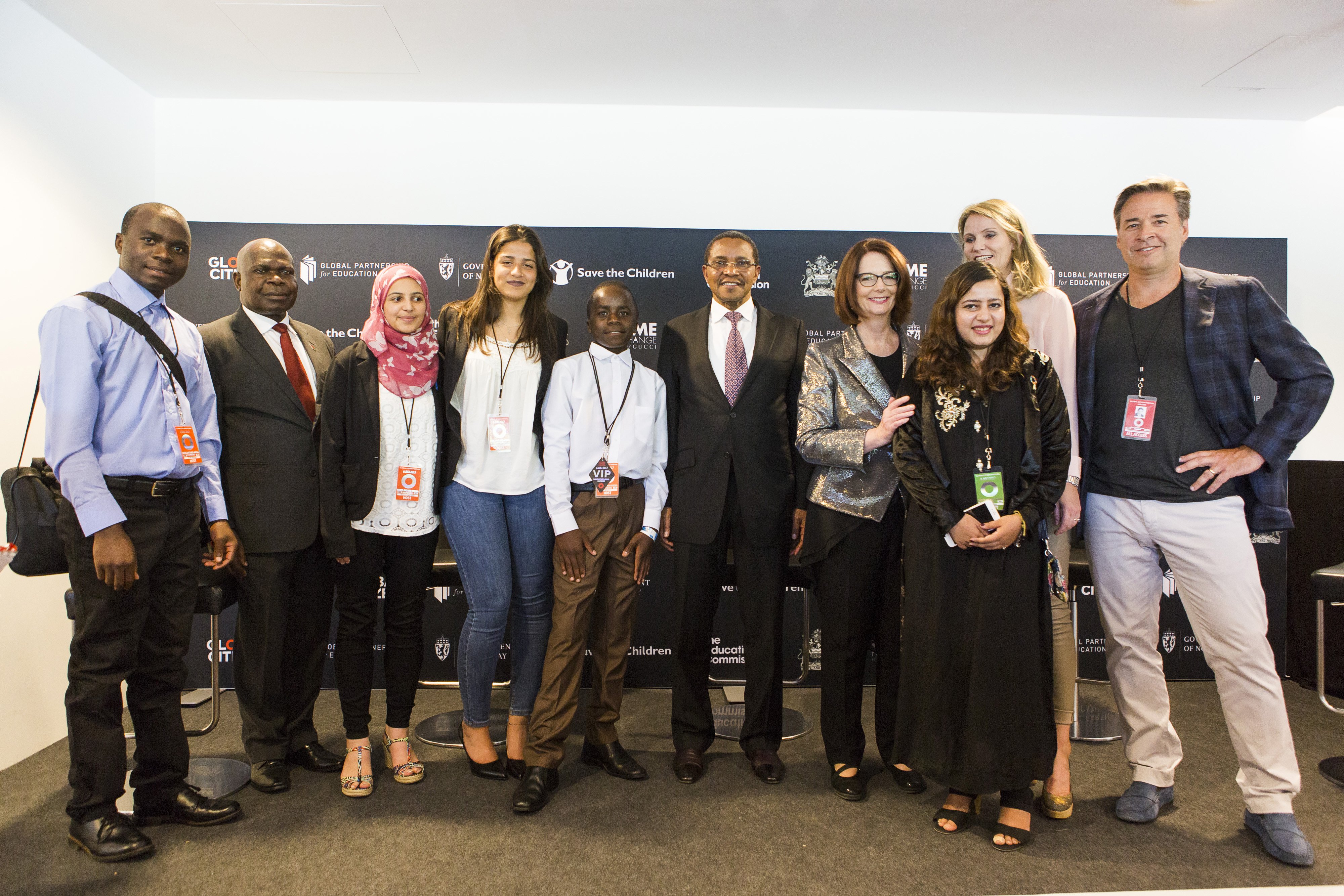