How One Woman's Tragedy Shows Maternal Deaths Are Preventable

"My sister, Remie Wamala, was 36 years old when she died during childbirth."

It’s only when I lost someone close that I clearly understood that some maternal deaths are preventable if all concerned parties played their part to save a life.

My sister, Remie Wamala (RIP), was 36 years old when she died during childbirth. As the Coordinator of the Uganda Parliamentary Forum for Children Affairs (UPFC), she was an advocate of safe motherhood and always said, “‘No Woman Should Die Giving a Life.” She always talked about the 16 mothers who die daily in Uganda and worked tirelessly to prevent such maternal deaths. Unfortunately, she became part of the same statistics when she died while giving birth at a high-end health facility in Kampala, Uganda.

Take Action: Speak Up For the Millions of Girls and Women Without Access to basic Health Services

It’s then that I realized how easy it is for expectant mothers to die during pregnancy and child birth. If Remie could die at a health facility that seemed well-equipped with medicines, supplies and adequate staff, I had to ask myself, “what happens in rural communities, where there is understaffing of health workers, coupled with insufficient medicines and supplies?” I now know better, and being a maternal health advocate, I know much more now than I knew then. As a result of her death, I joined the White Ribbon Alliance for Safe Motherhood Uganda, where I work to ensure that mothers do not die during pregnancy and child birth just like Remie.

“Remie was knowledgeable about the three delays that contribute to maternal deaths: 1) delay in deciding to seek care; 2) delay in reaching care and; 3) delay in receiving adequate health care. Her death was due to the third delay.”

Remie and I were pregnant at the same time and would share experiences. She was pregnant with her fourth child while I was with my third. I gave birth exactly three months before her. Her pregnancy had progressed well. She went for antenatal check-ups and often reminded me about my antenatal visits because I wasn’t as keen. Sometimes we met at the hospital, where we both had gone for antenatal checks. We had planned to give birth at the same hospital, a place where we had delivered all of our other children.

Remie was knowledgeable about the three delays that contribute to maternal deaths: 1) delay in deciding to seek care; 2) delay in reaching care and; 3) delay in receiving adequate health care. Her death was due to the third delay. She had driven to hospital to give birth on the morning of June 27th, 2013 and died the following day in the afternoon. 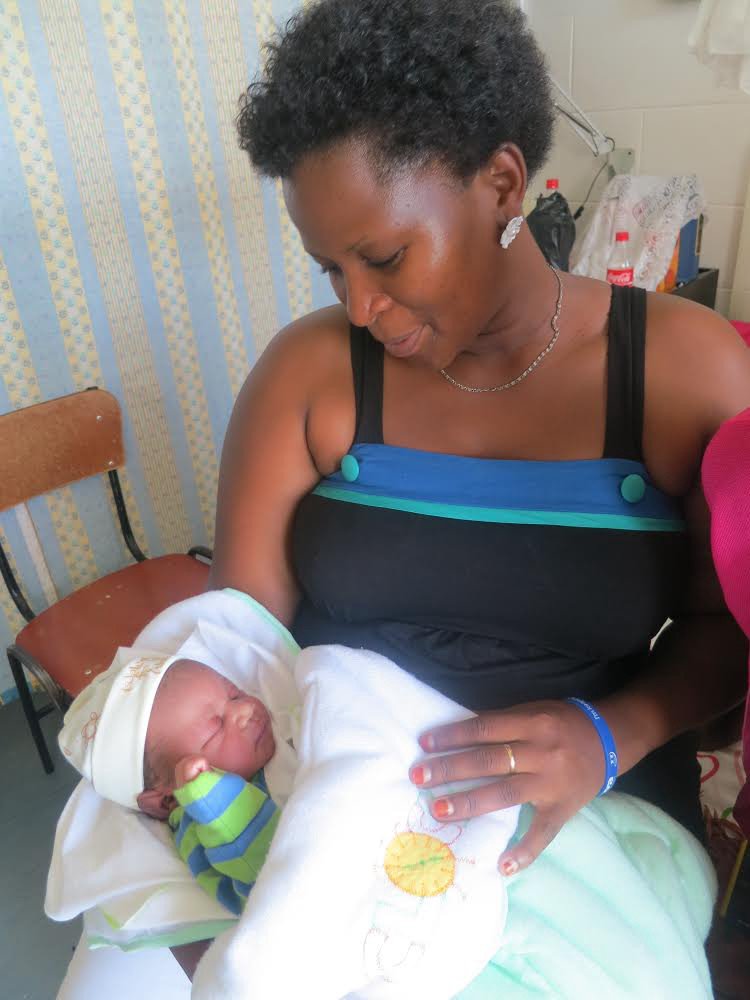 Since labor did not progress well, Remie was induced on June 28th. She was taken to the labor ward shortly after midday, sweating profusely and crying, according to our mother. Mother kept asking her why she was crying because Remie had never cried before but she did not respond. She just kept crying.

In the labor ward, the midwives had stepped out, leaving my mother and Remie, when my sister shouted for my mother to call the doctor. By the time the health workers came back with my mother, Remie was convulsing and her tummy had ballooned yet the baby was still inside. This is when my mother frantically called me over the phone saying that Remie was dying. I was already on my way to the hospital. I drove the car like a mad woman.

When I arrived at the hospital, I went straight to the labor ward and my pleas that, “I am always in the labor ward when Remie is delivering,” fell on deaf ears — I was denied entrance by the doctors. I heard Remie crying inside and I went back and told my mother that she can’t be dead because she is crying inside the labor ward.

About 20 minutes later, the nurse brought out the baby. They later took him to the nursery. I was outside the labor ward and overhead the health workers saying that, “oh, this woman has really splashed blood on us.” They had pulled the baby out though the birth canal.

Read More: What You Need to Know About Global Health

Shortly thereafter, however, they rushed out with Remie strapped on a gurney, heading for the operating theatre. I could see Remie clawing at the health workers while calling out, “mummy, mummy, my mummy.” I was running after them saying, “Remie, Remie, Faridah is here, Faridah is here,” but she just kept on calling out for mummy. It was hopeless calling out to her because she didn’t seem to be hearing me. I wanted her to at least tell me she knew I was around before she went to theatre but she didn’t. However, I was consoled that she at least had life in her.

However, by the time the theatre doors closed, the hands that had been fighting were hanging limp. That is the last picture I have of Remie. At this time, I realized she had mainly been attended to by midwives. The gynecologist came in much later, only after she had been taken to the operating room.

“Severe bleeding is the leading cause of maternal deaths in Uganda, accounting for about 26% of all deaths.”

The panic at the hospital

Shortly thereafter, the hospital went into a panic with loud speakers asking for volunteers with blood group B+ to come forward and urgently donate blood to save a life. From talk in the hospital corridors, there was no blood. I just couldn’t believe it! This is a high-end facility and I obviously expected it to have blood, but they didn’t have it. According to the Uganda Demographic and Health Survey, severe bleeding is the leading cause of maternal deaths in Uganda, accounting for about 26% of all deaths.

"Remie was a fighter. I couldn’t imagine that she had lost the battle."

The moment of truth — Remie had lost the battle

At that moment, we were frantic; we just kept on hoping. We prayed. A theatre attendant gave us some hope, saying that she was alive. About three hours later, they called Remie’s family to come forward. Two doctors led us into a room. I expected to go in there and see Remie, but she wasn’t there. The doctors — a senior pediatrician and a gynecologist — had bowed their heads. I asked them where Remie was and they told us “We are sorry but we have lost Remie.” I just couldn’t believe it! I couldn’t believe that Remie had died. In just a few hours, she was gone. Just like that. The postmortem indicated she had died from acute hemorrhagic shock. Remie was a fighter. I couldn’t imagine that she had lost the battle.

Remie left behind a devastated husband with four children all below the age of eight. Her baby survived, but with cerebral palsy and, as a family, we are struggling with him — he is delayed in several developmental milestones. For example, at three and a half years, he still needs support to sit. He keeps getting convulsions. He is in and out of the hospital.

I blamed myself but chose to make a difference

Remie and I had always been present at each other’s delivery. The one time I was late, Remie had died! I felt guilty and partly responsible. I looked into opportunities to champion safe motherhood and take forward Remie’s work. I saw an advert for a Communications Officer for the White Ribbon Alliance for Safe Motherhood Uganda. I knew that was the right job for me and I applied for it. I’m glad I got the opportunity to contribute to ending preventable maternal deaths. I wouldn’t want other women to die like ‘my’ Remie. This is what Remie fought so hard for, and now I am advocating for it.

I urge governments around the world to invest in maternal health care. Investing the required financial resources will save the lives of hundreds of mothers and newborns who die every day from preventable causes. Women and their families have a right to this investment.