The Benefits of Educating Girls Are Widespread. So Why Aren’t We Doing More?

Prime Minister Justin Trudeau committed to providing $650M over 3 years to support SRHR. But it isn’ 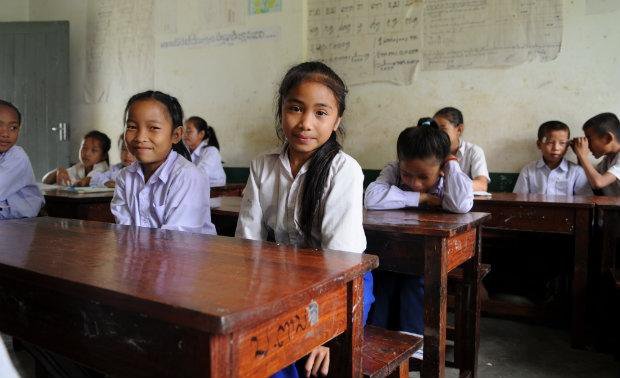 When it comes to girls and education, past efforts have literally saved millions of lives. Between 1990 and 2009, 2.1 million children under 5 years old were saved thanks to improvements to girls’ education.

When girls are educated, they recognize signs of sickness and seek help. UNESCO estimates that if all girls received secondary education, child marriage would decrease by almost two-thirds and 59% fewer girls would get pregnant in the sub-Sahara Africa and south and west Asia.

Girls are also less likely to contract HIV when they receive health education.

So why isn’t funding for sexual and reproductive health and rights (SRHR) an international priority?

Read More: Tell World Leaders to Support She Decides to Protect the Health of Girls and Women Everywhere

On March 8, Prime Minister Justin Trudeau committed to providing $650M over three years to support SRHR. This commitment was made following Trump’s Global Gag Rule, which prohibits the US from funding many women’s health organizations around the world if they offer or even discuss certain family planning services.

That $650M represents an important investment, according to Sandeep Prasad, executive director of Action Canada for Sexual Health and Rights, because it can help put Canada into a leadership role on SRHR and that is something that has essentially never been done before.

But Prasad says that a shortfall existed prior to the Global Gag Rule and continues to exist.

“The gap in meeting needs and human rights as related to sexuality is great — it can be measured in many ways: girls without access to services, or knowledge of HIV or sexual transmissions,” he points out, “However you cut it, that need is there and it’s persistent, and it’s great.”

And it’s growing. It’s not just Trump’s Global Gag Rule that contributes to that gap. According to Prasad, there are other donors diverting funds away from these issues and that’s why Canada’s contributions are especially important now.

The prime minister says that Canada is committed to taking a leadership role in promoting reproductive rights for women and girls.

"For far too many women and girls, unsafe abortions and lack of choices in reproductive health mean that they are either at risk, and at risk of death, or simply cannot contribute or achieve their potential through education, through involvement in their community, through a broad range of opportunities," Trudeau said.

Read More: Everything You Need to Know About the Global Gag Rule

Unfortunately, despite the $650M commitment, Budget 2017 does not provide the significant investment needed to further Canada’s leadership role internationally and work toward achieving the United Nations’ Sustainable Development Goals (SDGs), according to a group of Canadian civil society organizations.

“We are deeply disappointed in the government’s decision not to increase Canada’s aid envelope,” said Julia Sánchez, president-CEO of the Canadian Council for International Co-operation (CCIC). “The government says it wants to improve Canada’s reputation as a global leader among its peers – and to reach the most in need, in particular women and girls. With Budget 2017, Canada falls short on one key metric: the broad and significant financial commitment necessary to achieve this objective.”

CCIC and Action Canada are two of six organizations spearheading the Future Planning Initiative, a campaign asking the government to mobilize $4.25 billion over the next 10 years for SRHR. This initiative looks at investing in SRHR advocacy, services and supplies. When asked where Canada ought to start with the $650M commitment made in March, Prasad laughed because he says they’ve purposely avoided listed just one priority.

“There are so many ways to talk about that in terms of what needs to be done,” he says. It’s not just about service delivery and commodities like contraceptives because sexual education plays into the bigger picture of it all.

The Future Planning Initiative’s outcomes include: preventing more than 4 million unintended pregnancies and 1 million unsafe abortions every year; preventing 50,000 maternal and newborn deaths and over 200,000 pregnancy-related injuries every year.

“What we’re really talking about is empowering and expanding the options for women and adolescents and we need to prioritize the ways we do that,” Prasad explains. Sexual education is key to that, as are the currently neglected services and advocacy groups.

Knowledge and access to information are essential in ensuring girls’ sexual health. In sub-Saharan Africa, for instance, 91% of literate women know that HIV is not transmitted by sharing food, compared with 72% of those who are not literate.

The committed $650M needs to be invested in educational and clinical services, increased access to services and women’s rights and advocacy groups, which are all vital parts of adequate sexual education.

But to a common Canadian what does $650M really buy?

It’s not just about teaching sexual health to girls and women from an anatomy perspective, Prasad says, “It’s about empowering them to make decisions that are right for them and teaching them how to carry out those decisions.”

And that is something that is important for girls and women everywhere.