Everything You Need to Know About the Global Gag Rule

Here's what you need to know about the Global Gag Rule. 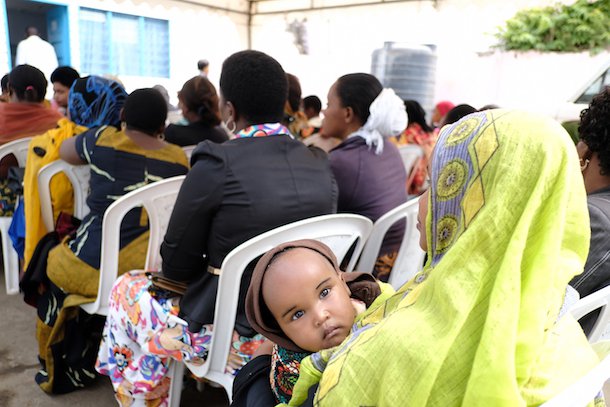 On January 23, 2017, the current US Administration instated a more harmful version of the Mexico City Policy, otherwise known as the Global Gag Rule. This policy “jeopardizes the health and well-being of the world’s most vulnerable girls and women,” as UN Foundation President & CEO Kathy Calvin explained. The Global Gag Rule also threatens efforts to fight diseases like HIV/AIDS, malaria, tuberculosis, Zika, and even cancer. Here’s what you need to know.

What is the Global Gag Rule?

The Global Gag Rule prohibits international NGOs that receive US funds from providing, referring to, or even sharing information about abortion where it is legal, even with their own, private funds. Current US law under the Helms Amendment already prevents US funds from paying for abortion, so the effect of the Gag Rule will be to cut off vital US funds to foreign NGOs providing crucial services such as maternal and child health care, HIV testing and counseling, comprehensive sex education, and contraceptive services for the people who need them most.

Research shows that when this policy was last in effect, more women and infants died due to pregnancy-related complications. In some countries, abortion rates (particularly unsafe abortions) went up – not down – as women were unable to access contraceptives and had more unintended pregnancies.

How is this instatement of the Global Gag Rule different from past implementations?

In the past, the policy applied only to US international family planning funds. Although the language is unclear, the Administration’s Presidential Memorandum appears to expand the Global Gag Rule to all US global health funding.

This means that some of the most effective foreign NGOs in 60 low- and middle-income countries that provide prevention and lifesaving treatment for everything from HIV/AIDS to malaria, tuberculosis, Zika, maternal and child health, and immunization will risk losing funding and could possibly be forced to shut down if they or their partners use non-US government funds to provide, refer someone to, or even discuss abortion services. This expansion would affect 15 times more funding – and millions more women and families – than the previous Global Gag Rule.

How will the new Global Gag Rule impact the poorest families, particularly women and girls?

Many organizations provide comprehensive health care, especially in rural areas where there may only be one clinic serving as a one-stop-shop providing everything from immunization to contraceptives to maternal and child care services to HIV and malaria treatment.

The implications of the Global Gag Rule on these clinics and organizations will be devastating.

When the policy was last in effect, Family Health Options Kenya had to close six clinics after losing funding, leaving 9,000 people with little access to health care, most of which are in the poorest and hardest to reach areas.

Marie Stopes International estimates that without alternative funding, it will be forced to scale back its services, which could result in upwards of 6.5 million unintended pregnancies, 2.2 million abortions, of which 2.1 million would be unsafe abortions, and 21,700 maternal deaths, from 2017 to 2020.

For decades, the US government has been a global leader investing in programs that improve voluntary access to contraceptives, maternal, newborn, and child health, and prevent and treat deadly diseases like malaria and HIV/AIDS. These programs have also allowed girls to stay in school, pursue jobs, and have children if and when they are ready.

This critical funding improves the lives of families and communities, which increases stability and prosperity globally, including in the United States. The Global Gag Rule could significantly jeopardize the progress made, especially for the poorest and most vulnerable women and communities around the world and runs counter to long-standing bipartisan support in Congress and in the American public.

Want to learn more or get involved? Check out The UN Foundation’s Universal Access Project, which works to empower girls and women by improving their access to reproductive health and family planning globally.