By Joe McCarthy  and  Phineas Rueckert 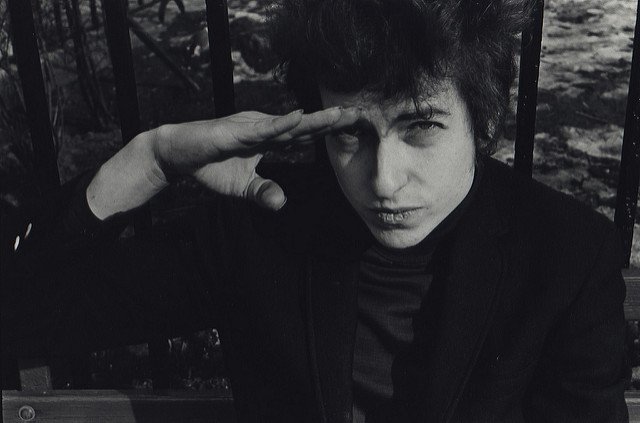 By Joe McCarthy  and  Phineas Rueckert

Since the 1960s, Bob Dylan has created music that addressed the problems of the times, from the Civil Rights Movement to the War in Vietnam.

Today he was honored as the first American to win the Nobel Prize for Literature since Toni Morrison won it in 1993. Many were surprised that a music artist captured the most coveted award in literature. It's true that Dylan doesn't fit the mold of the "serious author," but his lyrics are skillfully crafted, defy cliché, and have influenced artists in all fields (he has also written books).

While Dylan's style is rooted in local folk music traditions, the content of his lyrics is exceedingly global. Many of his songs still carry weight in 2016. Here are five songs that encapsulate the movements and crises that exist today.

“When a cop pulled him over to the side of the road
Just like the time before and the time before that
In Patterson that's just the way things go
If you're black you might as well not shown up on the street
'Less you wanna draw the heat.”

Read more: Why Black Lives Matter Is a Global Movement

"Come senators, congressmen
Please heed the call
Don't stand in the doorway
Don't block up the hall
For he that gets hurt
Will be he who has stalled
There's a battle outside ragin'"

Read more: It’s Official: The World Will Work Together on Climate Change

5. Impunity in the Justice System - "The Lonesome Death of Hattie Carroll"

"In the courtroom of honor, the judge pounded his gavel
To show that all's equal and that the courts are on the level
And that the strings in the books ain't pulled and persuaded
And that even the nobles get properly handled
Once that the cops have chased after and caught 'em
And that ladder of law has no top and no bottom
Stared at the person who killed for no reason
Who just happened to be feelin' that way witout warnin'
And he spoke through his cloak, most deep and distinguished
And handed out strongly, for penalty and repentance
William Zanzinger with a six-month sentence"