It’s Official: The World Will Work Together on Climate Change

“This gives us the best possible shot to save the one planet we’ve got,” said Obama. 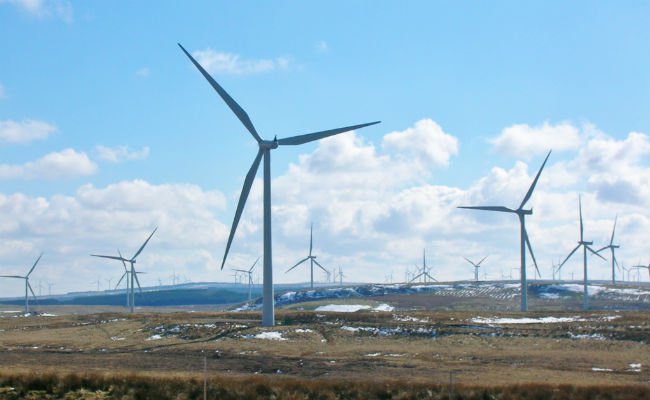 The Paris climate agreement recently passed the threshold point that makes it binding and will go into effect within the next 30 days.

This is a major victory for the environment and sets a strong framework for global collaboration to avoid the worst effects of climate change. The main objective of the climate agreement is to keep global temperature increases from pre-industrial levels below 1.5 degrees Celsius and, therefore, calls on countries to reduce their emissions. It also includes provisions for helping vulnerable nations adapt to climate change and for swift transitions to renewable energy.

Ultimately, however, the agreement allows each country to devise their own strategy for dealing with climate change.

After India and the EU voted to accept the deal earlier this week, it became binding.

US President Barack Obama acknowledged the historic achievement of reaching binding status during a press conference this afternoon.

Thank you to every nation that moved to bring the Paris Agreement into force. History will judge today as a turning point for our planet.

“If we carry through on the commitments,” said Obama. “History may judge it as a turning point for our planet.”

“This gives us the best possible shot to save the one planet we’ve got,” he said.

He noted the leadership that his administration has shown in accomplishing this global agreement.

The Obama administration has nudged China to adopt the deal, revamped power plant regulations, improved fuel efficiency standards, invested in green technology, and helped to motivate the rest of the world to embrace climate action.

Obama also swatted down critics who say renewable energy hurts the economy by referencing the millions of jobs that have been created in the solar and wind industries.

“The skeptics said these actions would kill jobs,” he said. “And instead, we saw -- even as we were bringing down these carbon levels -- the longest streak of job creation in American history. We drove economic output to new highs. And we drove our carbon pollution to its lowest levels in two decades.”

Finally, Obama talked about how the Paris agreement, while essential, is just one step and more commitments will have to be made in the future.

"And by sending a signal that this is going to be our future -- a clean energy future -- it opens up the floodgates for businesses, and scientists, and engineers to unleash high-tech, low-carbon investment and innovation at a scale that we’ve never seen before."