Where We Are 65 Years After Signing the 1951 Refugee Convention

48 of the UN’s member countries, including the US, have not accepted the convention. 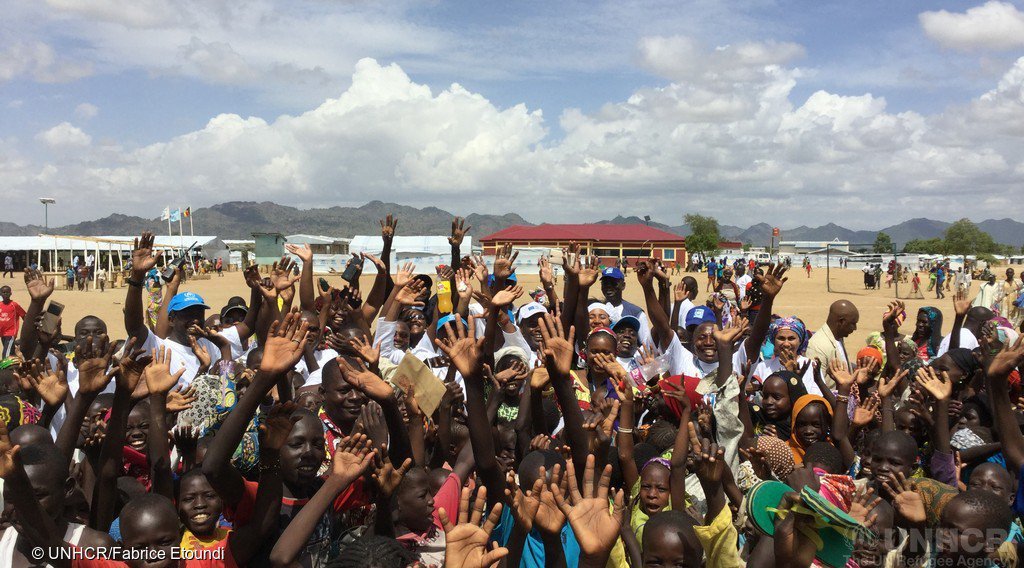 Today marks the 65th year since the Convention relating to the Status of Refugees, also known as the 1951 Refugee Convention, was signed.

This convention is an important UN treaty that builds on the Universal Declaration of Human Rights, which stated that people have a right to seek asylum from persecution. The Refugee Convention defines who qualifies as a refugee, who is responsible for refugees, and what those responsibilities are.

Read more: What Does It Really Mean To Be a Refugee?

Unfortunately, the number of displaced people in the world today is the highest it’s ever been. Here’s a look at where we are 65 years after the signing of this key document.

65.3 million people around the world have been forcibly displaced, and approximately half of them are children.

21.3 million people meet the Convention’s definition of refugee: someone who is “persecuted for reasons of race, religion, nationality, [or] membership of a particular social group or political opinion.”

10 million people are stateless, who have been denied a nationality and all the basic rights — education, health care, political participation, freedom of movement — that come with it.

2.5 million refugees are hosted by Turkey alone. (read more: Turkey Is Showing the World How to Treat Refugees)

1 million refugees were welcomed by Germany in 2015.

29,413 Syrian refugees have been welcomed to Canada in the last 9 months. (read more: Solving the Refugee Crisis 5 Canadians at a Time)

17 years — the average length of displacement.

"So why do you still keep the key to your home, old friend?” “In reality, I think it is quite impossible that my home still stands today. But you know, son, in my heart, when I close my eyes, it is as if I feel a strong conviction, that my house is still there. It is so beautiful, where my children were born, and where we danced countless times to the sound of the traditional drum, until the break of dawn.” Djouma, an elderly refugee, explained to our colleague Hugo that he was forced to flee his village in Darfur in 2003 when it was simultaneously attacked by aerial bombardments and armed militia on the ground. For the last 13 years, he’s sought safety in Gaga refugee camp in Chad, as it still remains too dangerous for him to return home to Sudan. Photo: UNHCR / Hugo Reichenberger (@hugo_do_brasil) ------------------------ #refugee #hands #Darfur #refugeecamp #Chad #Africa #everydayafrica #realpeople #UNHCR

13 steps an asylum-seeker has to go through before they are accepted as refugees to and can enter the US. This process can take 18-24 months. (read more: Why I’m calling out the US for Not Taking Action to Help Syrian Refugees)

Did you know? Syria, Afghanistan & Somalia were the top 3 countries from where #refugees fled in 2015. #withrefugeespic.twitter.com/u36IOcJFro

*figures gathered from reports by UNHCR, UNICEF, and OCHA

To date, 145 countries are party to the 1951 Refugee Convention, meaning that they are obligated to recognize refugees as the Convention defines them and to honor their commitments to asylum-seekers. Sadly, that means that 48 of the UN’s member countries (including the US) have not accepted the convention.

In the past few years, there have been some great initiatives taken to address the ongoing refugee crises and unprecedented numbers of forcibly displaced people.

But we’ve still got a long way to go. World leaders need to coordinate efforts to address the crises happening around the world because 65.3 million people are being denied their rights. They are fighting through some of the most challenging circumstances to survive and succeed, but they shouldn’t have to do it alone.

The persecution and forcible displacement of people is a global problem, that needs a global solution.