Kholood Eid for Global Citizen
Why Global Citizens Should Care
Global Citizens, including activists and music fans, gather every year to call on world leaders to achieve the United Nations Global Goals for Sustainable Development and end extreme poverty. It’s important that global citizens continue to take action beyond the festival. You can join us in taking action on this issuehere.

We always believe Global Citizens deserve their share of appreciation.

Let’s not forget, the 2018 Global Citizen Festival in New York on Saturday was a celebration of all the hard work tens of thousands of advocates and music fans put into ending world poverty by 2030.

Over the course of a month, more than 2.1 million actions led to commitments from world leaders worth over $7.5 billion, which is set to affect the lives of over 254 million people.

Take Action: Test your knowledge On The Global Goals

We wanted to know how festival attendees will continue being Global Citizens after seeing their favorites Janelle Monáe, Cardi B, Shawn Mendes, The Weeknd, and Janet Jackson perform. Their dedication to keep the movement going is just as inspiring as all the words we heard from influential speakers.

Here’s what the die-hard activists who arrived at the concert early told us in the crowd about the actions and issues they care about most. 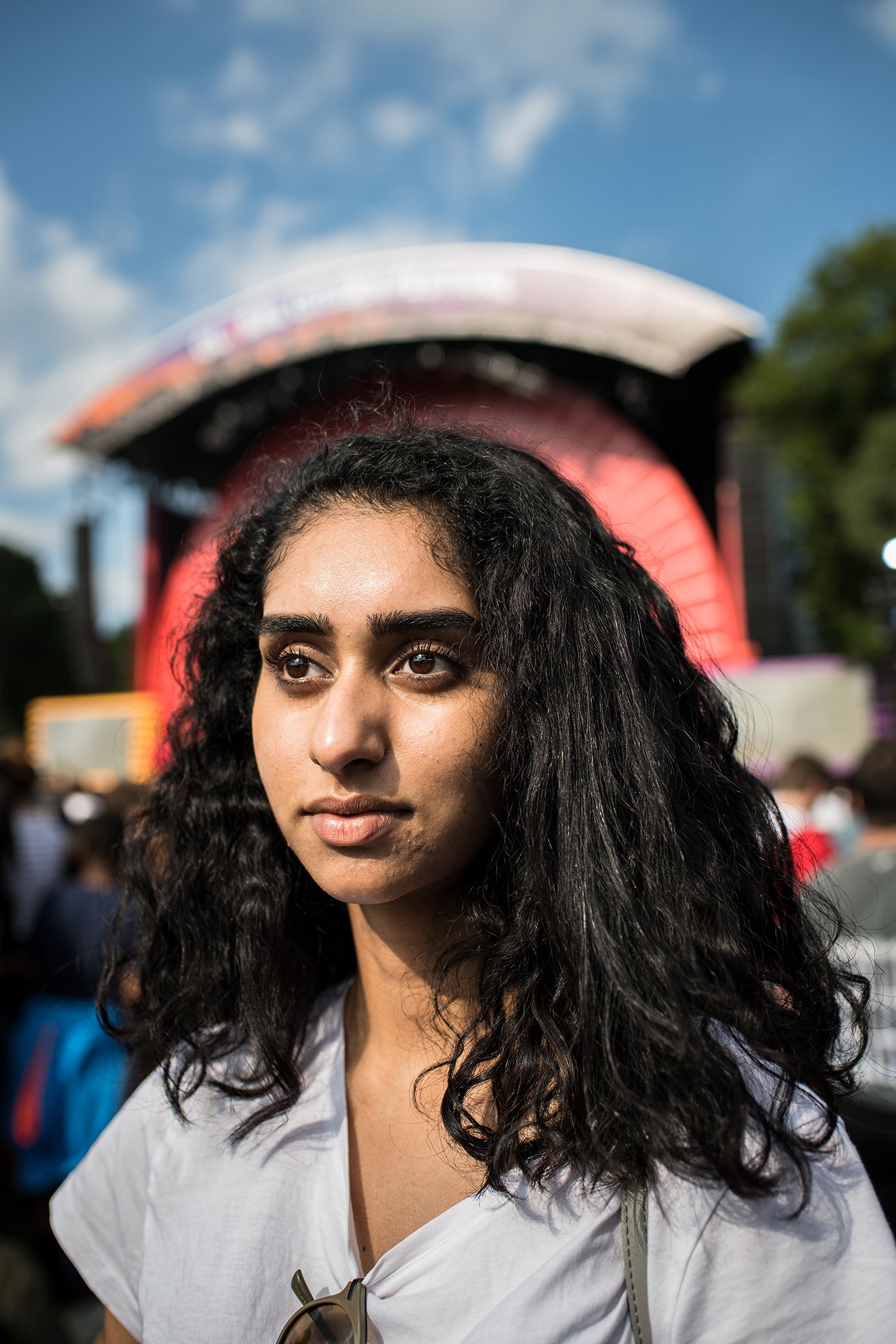 “I tweeted mostly feminist things, on breastfeeding and problems occuring in South Africa. I emailed governors, local representatives, I called. The tampon action for homeless women’s hygiene problems really stuck out to me. I learned a lot from that — I didn’t really think of that as a problem at first. Keep tweeting, keep calling local representatives, and keep getting the word out!”

Take Action: Tell Kenya’s Health Cabinet Secretary to Ensure All Mother’s Get the Support They Need to Breastfeed 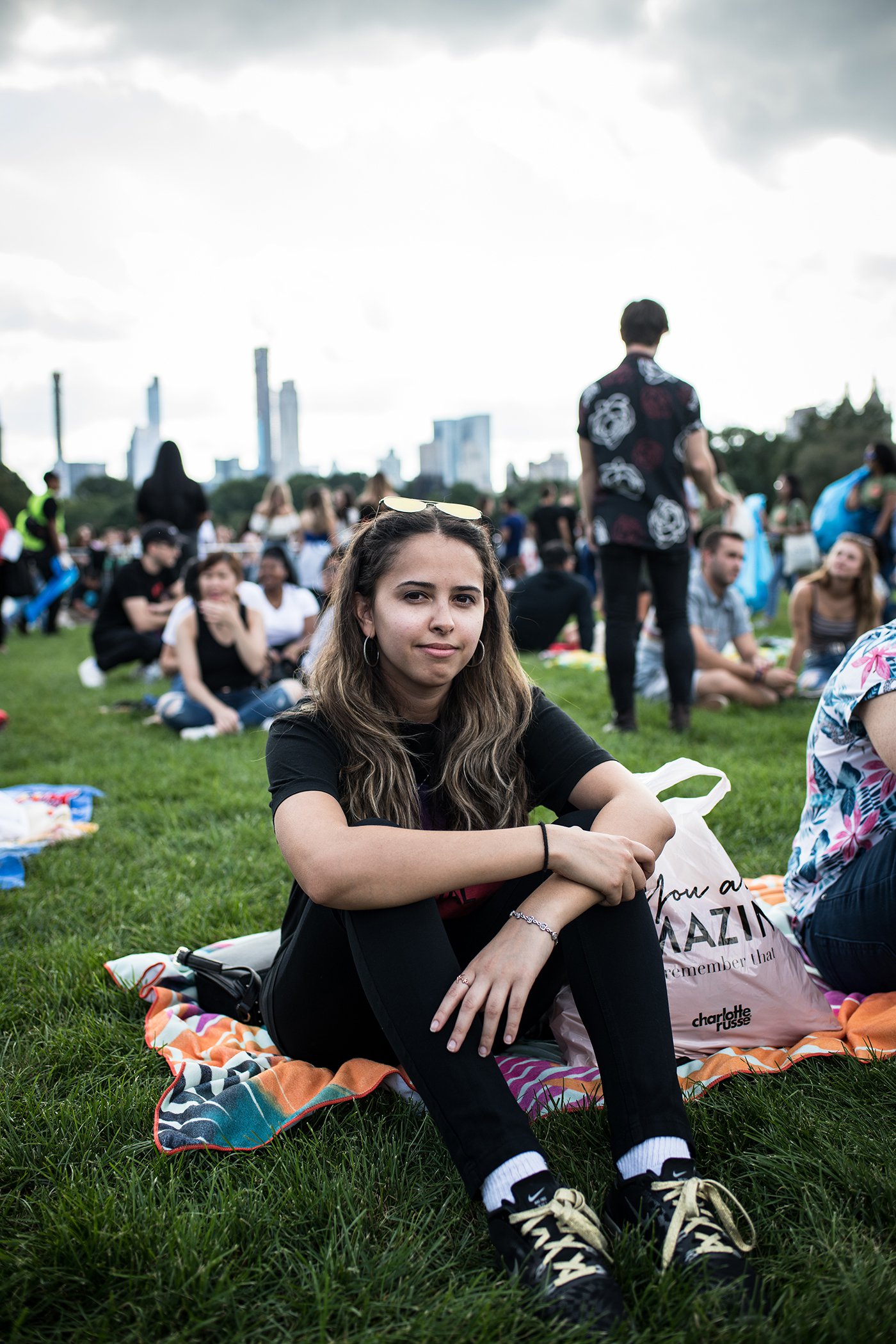 “This is my sixth time here. I think this is an amazing event that does so much positive for the world, which is what we really need now. This was my first real big introduction to issues on a world scale. Everything that’s going on — not just here at home but countries like India, and in Africa, across Europe — it definitely opened my eyes to what can be done in small ways through what I’ve seen here. I’ve learned to recycle better, that’s a huge part. I don’t want to be buried in trash like in Wall-E. I try to help out however I can.”

“I’m a teacher. I teach kindergarten so I’m a Global Citizen. I teach my kids about small things like conserving water when they shower and when they brush their teeth, turning off the air conditioning, recycling water bottles. I just moved, so I need to know who my representatives are. We have to use our council people.

Try and change yourself to be a better person, even if it makes you uncomfortable.” 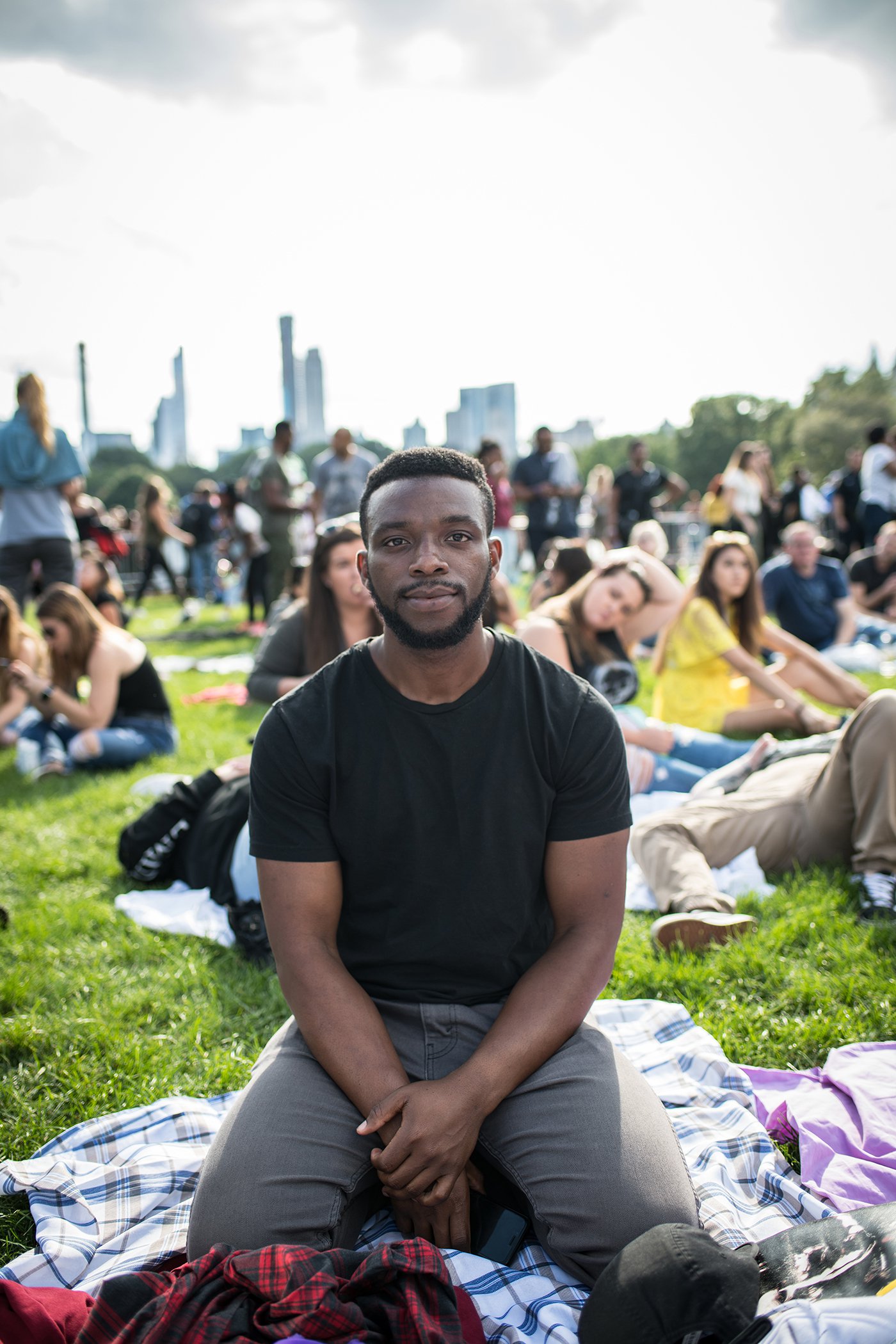 “I took action because my girlfriend actually told me to register and sign up and be aware of what’s going on. I saw schools in India they’re trying to build. I have a few friends from India, so she told me to look into it and try to do something about it that was positive and proactive. I’m going to continue tweeting, there’s no stopping really. I’m going to vote, that’s one big issue I see. We need some change, things aren’t not as good as I want them to be so I’ll take action.” 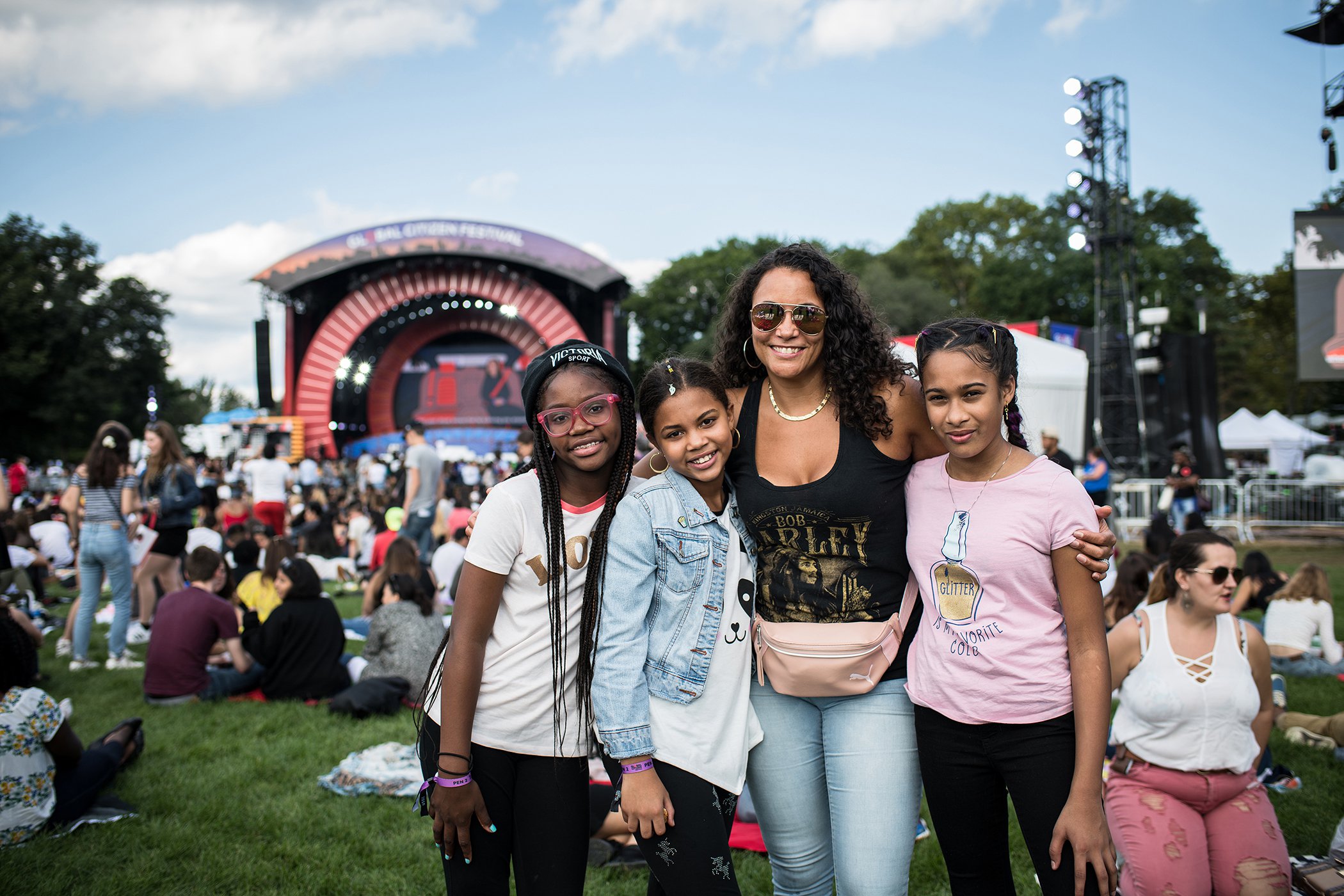 “What I started doing recently with my kids was, we started being a lot greener than I used to be. We’re composting at home. In terms of treatment of others, I encourage them to always be kind to others. We donate things we don’t need any longer or that the kids outgrow. Occasionally we’ll do soup kitchens. Help your fellow man. That’s why it’s good for the kids to come out here and hear what’s going on.”

Take Action: Tweet Starbucks asking them to donate 100% of unused food to charity in the UK 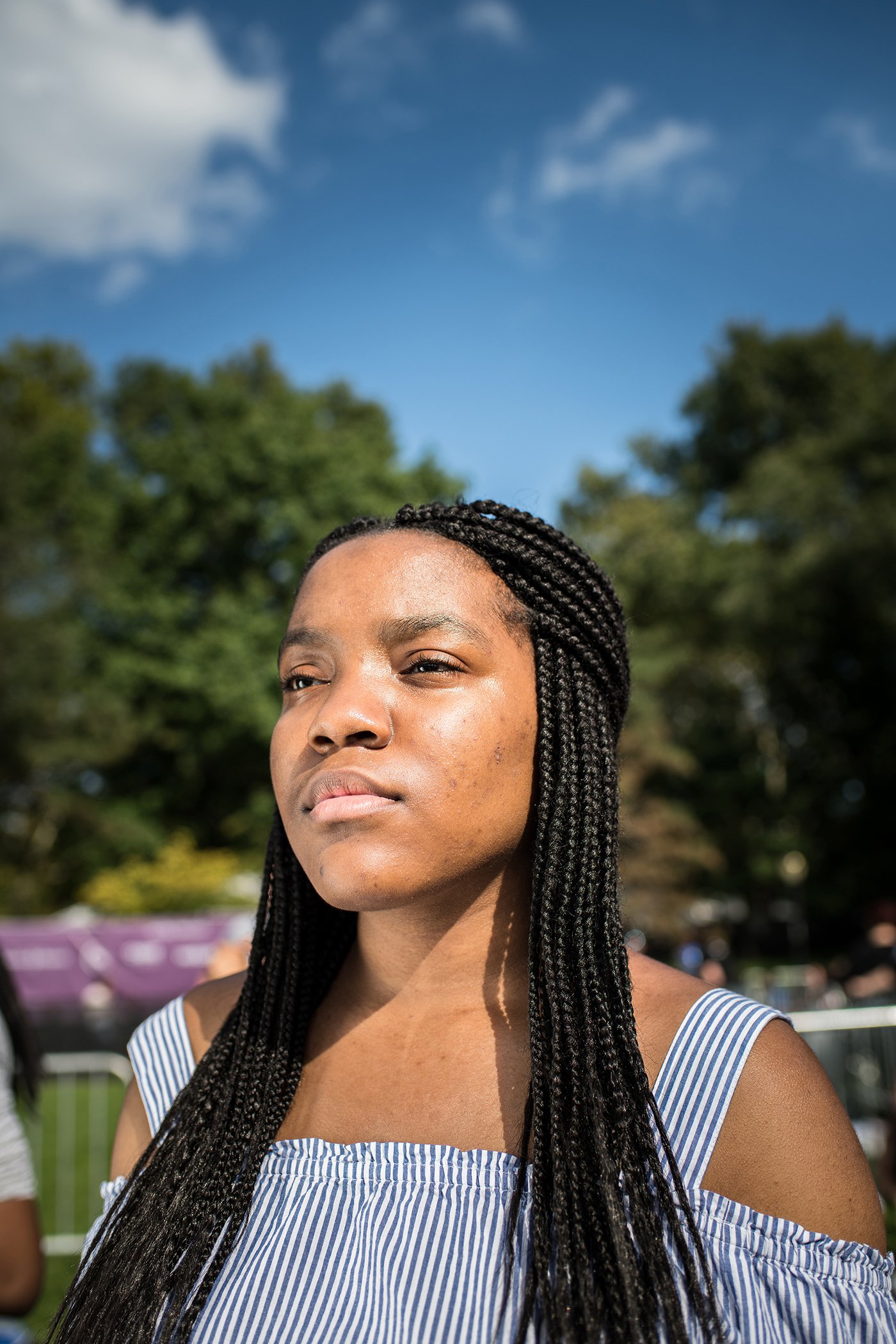 “I emailed, I made phone calls and tweeted out. I’m gonna keep doing it because it’s for a good cause.”

One night, 17 commitments, $7.75B towards ending extreme poverty. Thanks to your actions. Thank you, Global Citizens. https://t.co/9K9VXv7Tkf

“I signed petitions for women’s rights, recycling, pollution, and voting. I’ve always been pretty passionate about trying to do my part in recycling and not wasting water, not wasting paper, using things that are renewable and reusable. I use metal straws!

I sent an email for child marriage because that’s still going on — it’s horrible. They sent me an email about a 9-year-old girl who was forced into marriage, it’s sick.

I want to just continue informing my friends and people around me there’s not one election every four years. We vote all the time, we’re voting again in November — get that word out.

Since we have so much access to information, there’s no excuse. If there’s something you don’t know, it’s because you’re choosing not to. At this point, when it comes to voting, doing what you can for the earth, when it comes to people's pronouns and everything. 'I didn’t know' isn’t an excuse, you just purposefully scrolled past it. Education is everywhere.”

“I did a lot for children in Africa who didn’t have water, and for young girls in India. I had never written a senator before. Before I got tickets for the festival I was taking actions and I didn’t know there was a concert incentive, so of course I’m going to continue.

Women were just allowed to start driving [in Saudi Arabia] and that was very shocking. I even told my boyfriend, ‘You know, I did this thing today for Global Citizen and it was taking actions for women to have more freedom.’

These interviews have been lightly edited and condensed for clarity.