“Equality is our demand, action is our answer.”

Why Global Citizens Should Care
Global Citizens, including activists and music fans, gather every year to call on world leaders to achieve the United Nations Global Goals for Sustainable Development and end extreme poverty. Over the course of a month over 2.1 million actions made by Global Citizens pushed leaders to make commitments for change. You can join us in taking action here.

“Equality is our demand, action is our answer,” she added.

Those powerful words echoed throughout the night as performers, activists, and world leaders called for an end to cash bail, sexist laws, education inequality, and other injustices at the 2018 Global Citizen Festival on Saturday.

Nelson Mandela’s legacy was also continuously invoked throughout the evening to honor the 100th year since the legendary human rights activist was born.

“In the year of Madiba’s centenary, let us honour the life and legacy of this great leader by heeding the call to active, participant citizenry, in which each citizen feels valued, and their contribution called upon, so that all of us can be part of the creation of a better world,” Lindiwe Sisulu, South African minister of defense and military veterans, told the crowd.

Janet Jackson headlined the festival alongside The Weeknd, Janelle Monáe, Shawn Mendes, and Cardi B. John Legend performed a guest set and Broadway actress Keala Settle performed "This Is Me" from The Greatest Showman with the New York City Gay Men’s Choir. 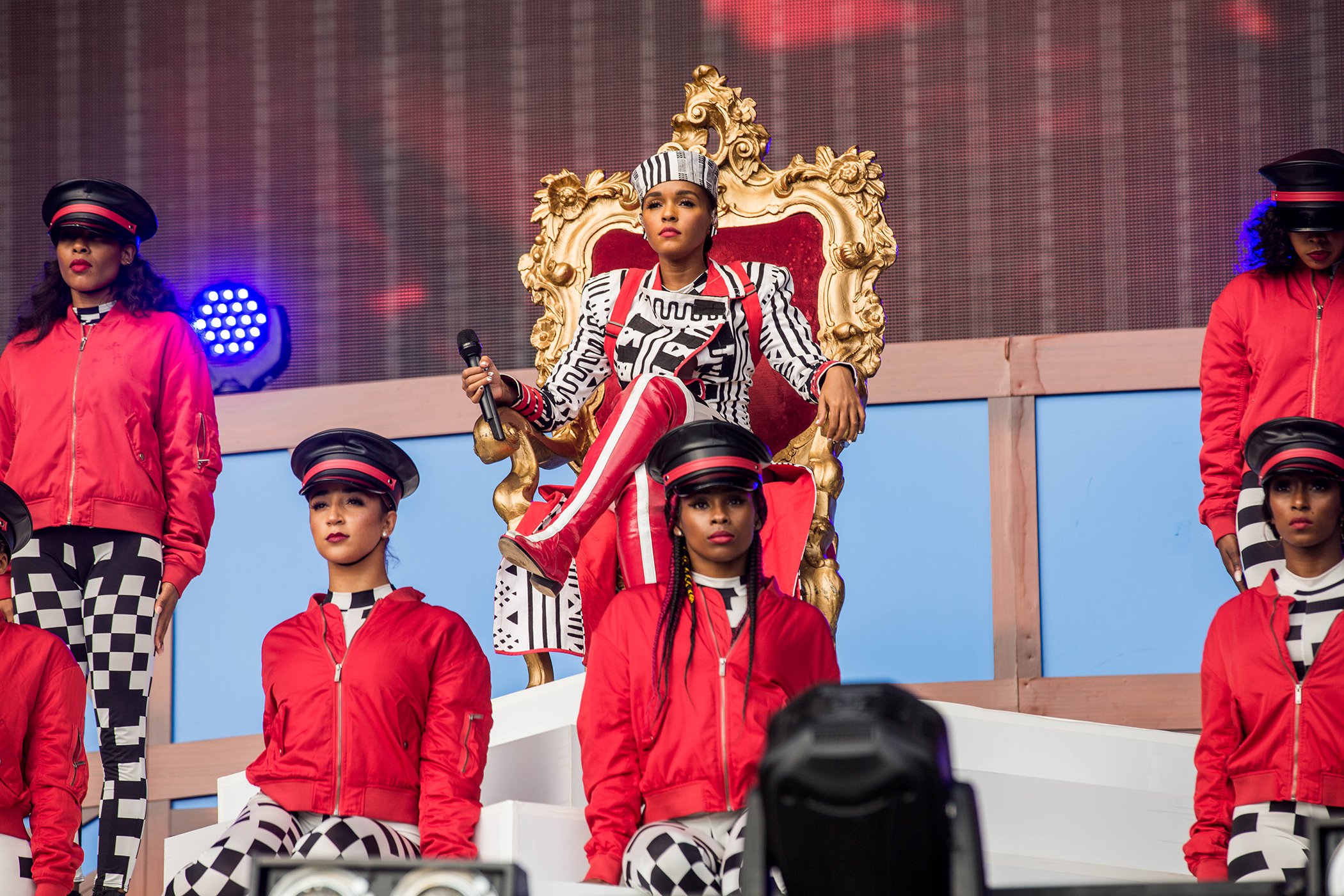 Around 60,000 Global Citizens attended the festival after taking action on causes ranging from supporting refugees to fighting diseases of poverty. In the two months leading up to Global Citizen Week, Global Citizens took over 2.1 million actions urging leaders to tackle extreme poverty. Ultimately, dozens of commitments were made worth billions of dollars by governments and companies.

The night started with Janelle Monáe sitting on a throne denouncing sexual violence and calling on the crowd to always show their support for survivors of sexual assault. She performed her ultra-political album Dirty Computer.

“I want to tell any survivor here and any survivor watching us that I hear you, I see you, and I believe you,” she said.

.@JanelleMonae and Global Citizens have a message for survivors of sexual violence all around the world: we believe you. pic.twitter.com/eH9Lt9d0sc

Shawn Mendes had the crowd swooning and asked Global Citizens to take action for the 264 million kids around the world who are unable to get an education.

Cardi B, meanwhile, urged audience members to research organizations that are working to end poverty overseas and ended her set with “her firstborn” song “Bodak Yellow.” 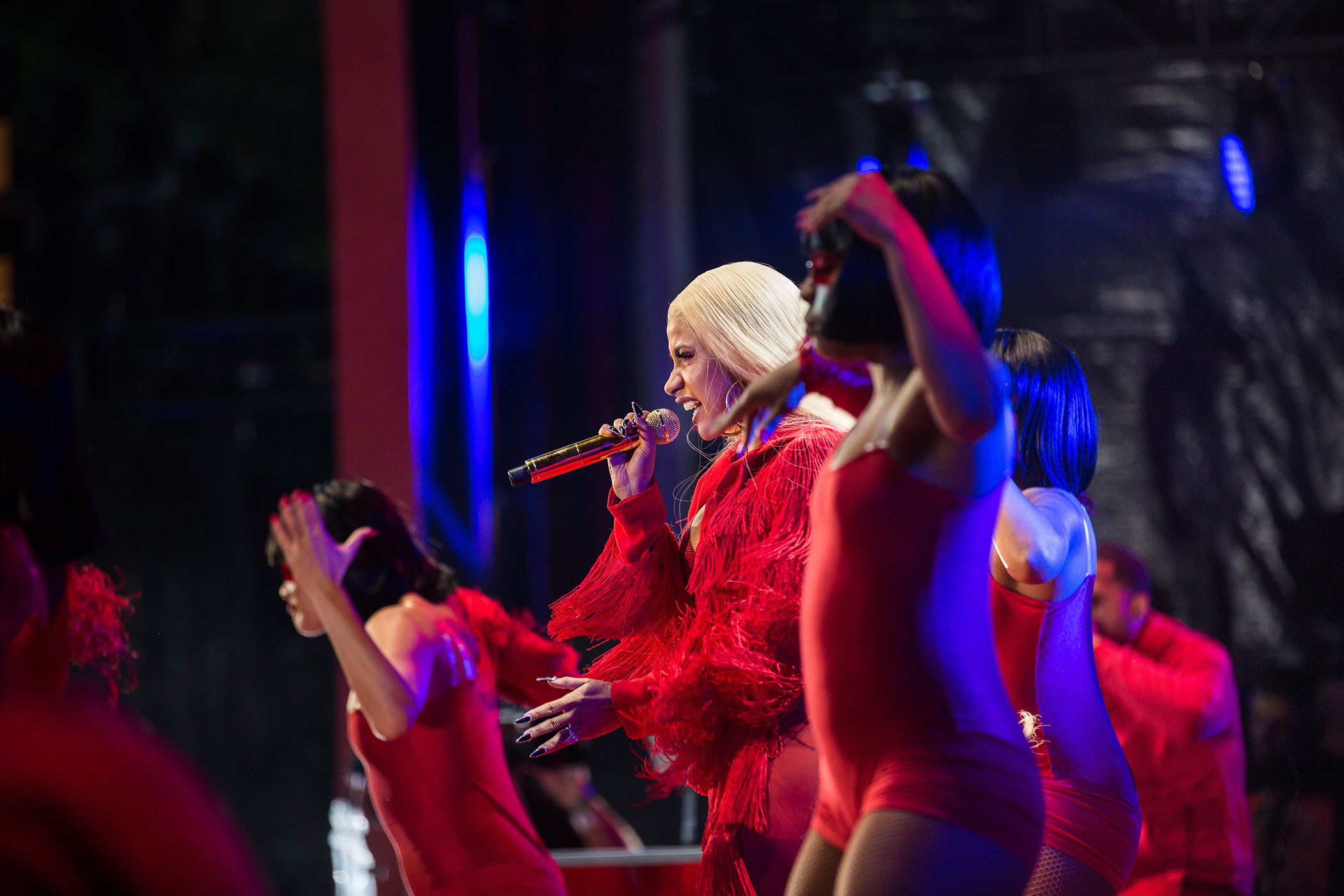 Read More: Cardi B Just Talked About Ending Poverty During Her First Solo Performance as a Mother

The Weeknd closed the evening with a riveting performance of his biggest hits.

Earlier in the evening, singer Cynthia Erivo and film director Ava DuVernay broke down the criminalization of poverty and shared how cash bail oppresses communities of color by incarcerating innocent citizens and making it impossible for them to get out of prison. 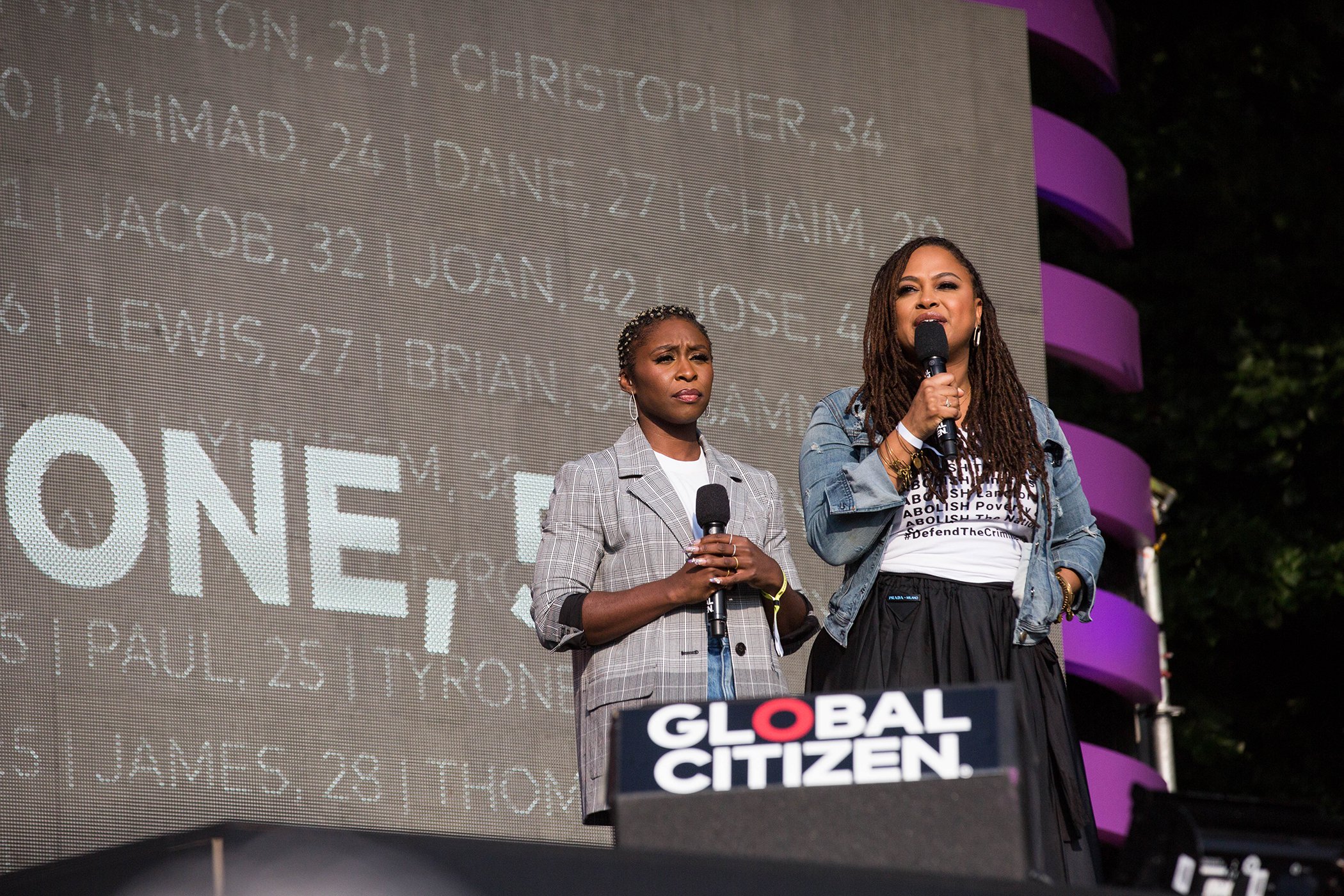 New York Governor Andrew Cuomo then pledged that New York will fight the criminalization of poverty and end cash bail in New York in 2018.

Cash bail means that if you’re rich, you get to walk and if you’re poor, and you can’t make bail, you sit in jail. That isn't justice.

John Legend stood up for racial justice while asking politicians to follow through with their commitments. 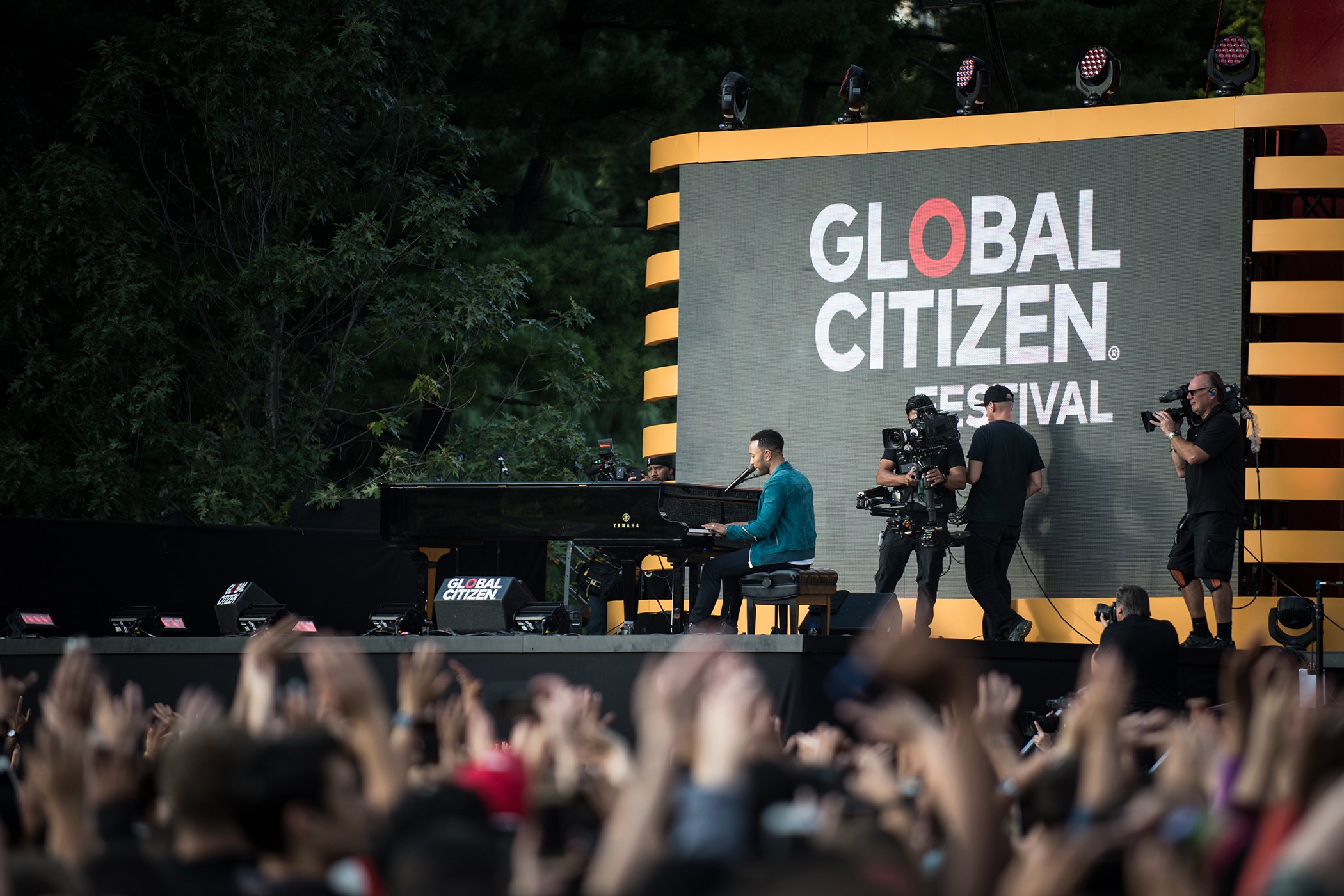 Robert De Niro and Rachel Brosnahan came to the stage to tell attendees how they can register to vote through the organization When We All Vote. Cardi B and Michelle Obama followed up, urging people to show up for the midterm elections on Nov. 6 and make their voices heard. 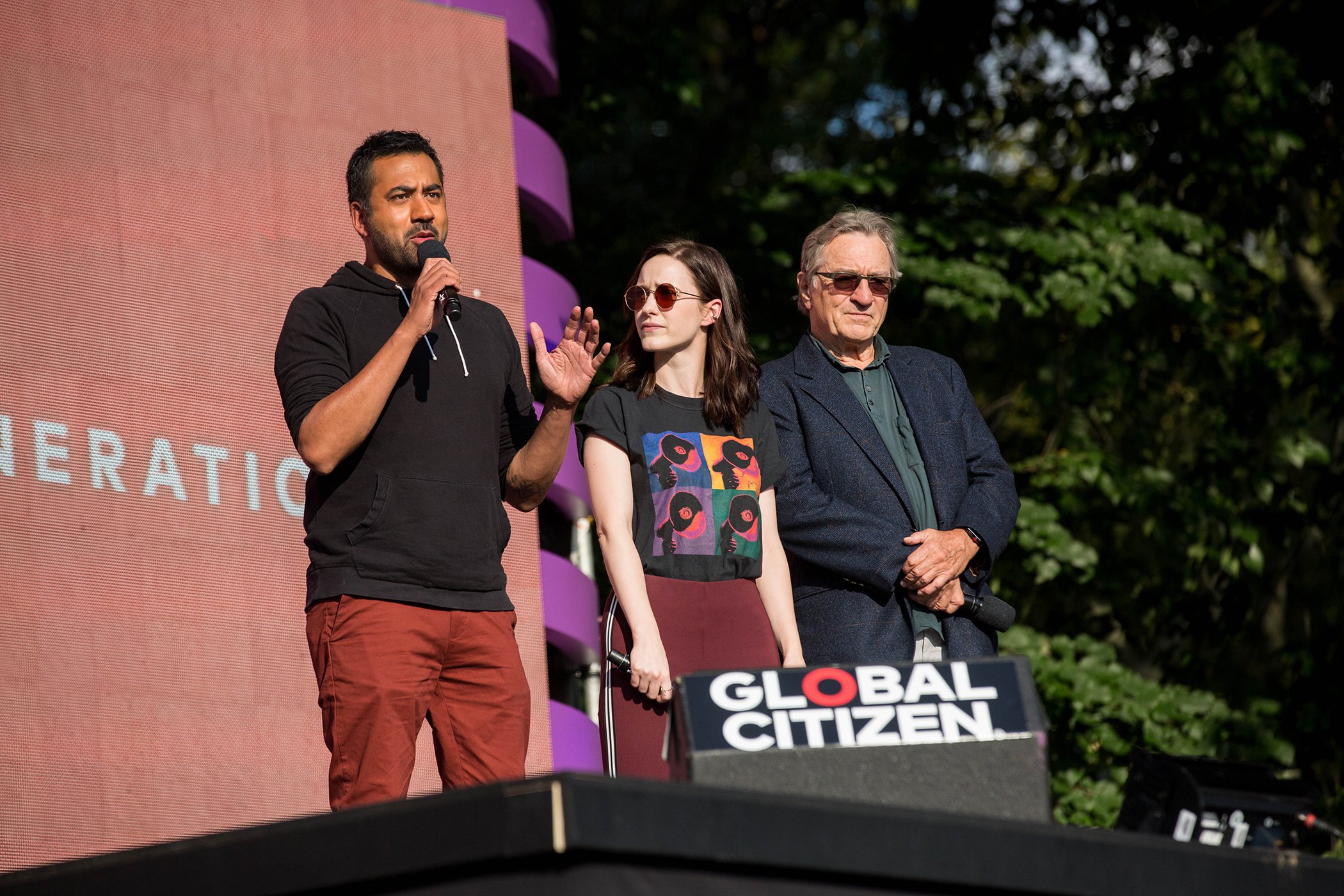 In a segment of the night dedicated to raising awareness of plastic pollution, actors Rami Malek and Mark Ruffalo talked about marine plastic and urged audience members to avoid single-use plastics.

.@MarkRuffalo told me he saw one of the plastic islands I spoke of at #globalcitizens from a plane! We will work together to end #plasticpollution#bethegeneration#un4allpic.twitter.com/v8ZDXnYSu3

Nikolai Astrup, Norway’s minister of international development, then committed $200 million to fighting marine litter over the next four years.

Antigua and Barbuda has some of the world's most beautiful beaches and to keep them clean, PM @gastonbrowne is calling on ✈️ and 🛳️ to cut their use of plastics and styrofoam. Will you help #UnplasticThePlanet? https://t.co/DeZXdrckyB

As part of Global Citizen’s #LevelTheLaw campaign, UN Women announced its intention to abolish laws that discriminate against women around the world by 2030. Representatives from The Gambia came to the festival after 10,000 tweets from global citizens to announce the country’s commitment to this cause.

“The Gambia is committed to leveling the law, amending all sexist laws that seek to perpetuate the oppression of women,” Abubacarr M. Tambadou, attorney general and minister of justice of The Gambia, told the audience.

Actress Dakota Johnson told Global Citizens to leave her a voicemail or send her an email to talk about achieving gender equality. The request was part of her new work as an ambassador for Global Citizen’s #SheIsEqual campaign.

“I believe that we should live in a world where every girl can maximize her potential and have a bright future full of enormous opportunity and success in front of her, because her gender does not limit her capability,” she added. “I believe that every woman and girl, should she desire, should have her voice heard.”

The night also featured many corporate commitments to ending poverty. 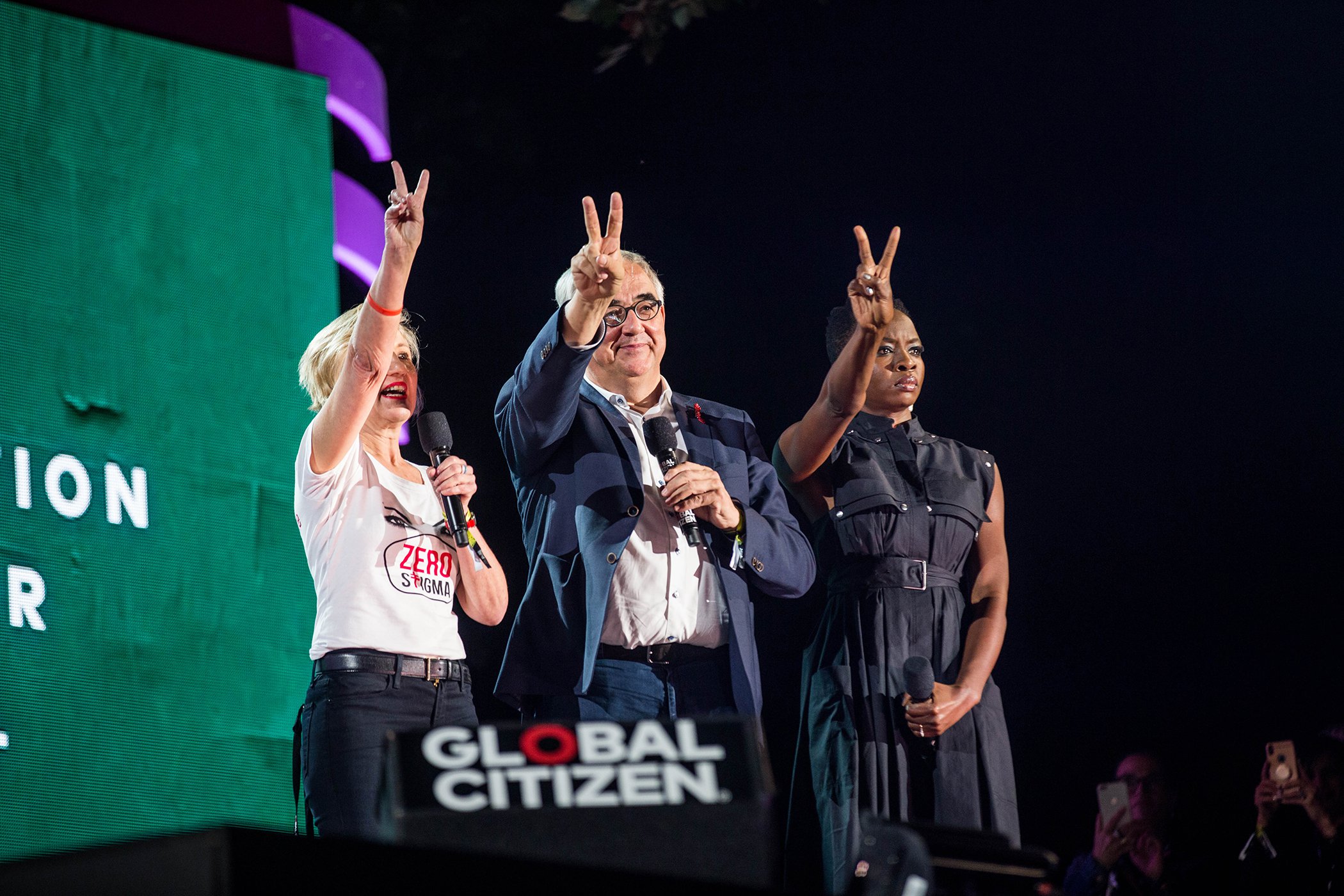 “I’m telling you right now – don’t trust anyone over 30 to make decisions that will determine the kind of world you’ll inherit,” Jim Kim, president of the World Bank, told the audience at the end of the night. “It’s up to you to force leaders, including me, to do the right thing for your generation and all future generations.” 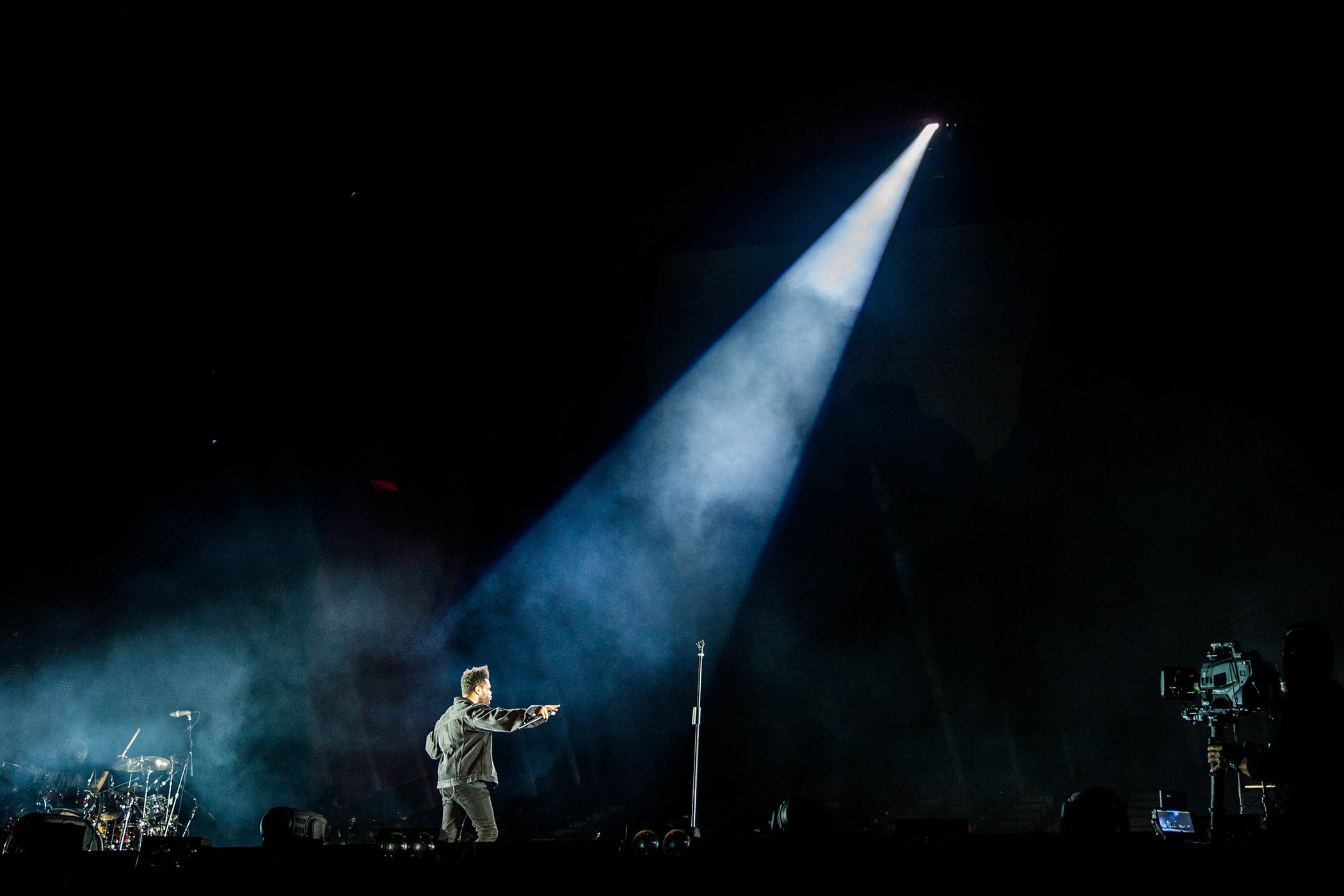 The Weeknd performs onstage during the 2018 Global Citizen Festival: Be The Generation in Central Park on Sept. 29, 2018 in New York City.
Image: Mengwen Cao for Global Citizen