Humanitarian organizations are hard at work, but they need your help. 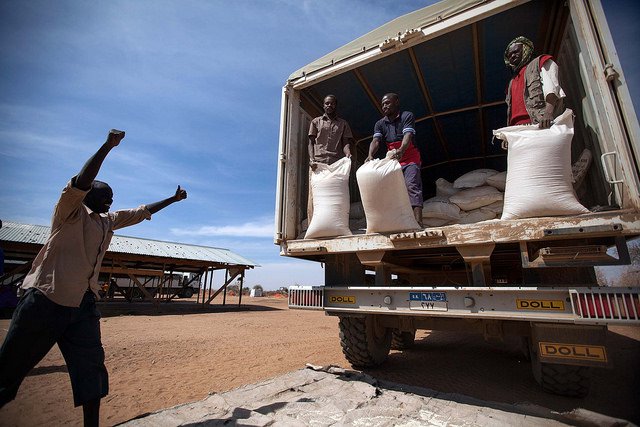 For the first time since 2011, the United Nations formally declared a famine in parts of South Sudan, as 100,000 people face starvation and a million more are at risk of food shortages. There could be three more cases soon, as people in Somalia, Yemen, and Nigeria are currently vulnerable to “devastating levels of food insecurity.”

“Famine is already a reality in parts of South Sudan,” said UN Secretary-General António Guterres. “Unless we act not, it is only a matter of time until it affects other areas and other countries. This is preventable if the international community takes decisive action.”

The United Nations claims it needs $4.4 billion to tackle the crisis, but Guterres and company cannot end world hunger alone. There are many organizations working on the ground to end famine in South Sudan, Somalia, Yemen, and Nigeria, but they need your help.

A global crisis requires a global response. Global Citizens can and must take action. Here’s where you can donate to make a difference:

In 2013, the outbreak of civil war in the UN’s youngest member state has left approximately 5 million people without enough food to eat. That number is expected to rise by 500,000 by the summer.

Read More: How 6 Major Famines Changed the Past 100 Years

The UN claims it needs more than $1 billion to combat the food crisis in Nigeria. According to Manuel Fontaine, UNICEF’s regional director for west and central Africa Region, 120,000 people are at risk of outright famine in northern Nigeria, where terrorist group Boko Haram operates.

Read More: Children Are Starving and Out of School. And No One's Talking About It

A famine in 2011 took 260,000 lives. Now, 12 million people are at risk of malnutrition and starvation, including 50,000 children. The worst drought in half a century has led to crop failures and political instability keeps the country in perpetual turmoil.

The UN requested $2.1 billion to curb the humanitarian crisis in Yemen. The nation has been devastated by a civil war since May 2015, leaving 3.3 million people (2.1 million of them children) acutely malnourished. Airstrikes have destroyed the nation’s infrastructure and left three million people displaced from their homes.