Even that amount is less than what is needed. 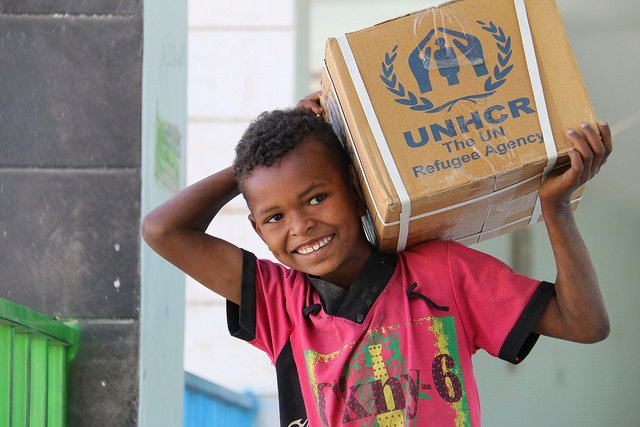 The United Nations (UN) is requesting $2.1 billion for humanitarian aid in Yemen, which has been ravaged by a civil war since May 2015.

In the 2017 UN Humanitarian Response Plan for Yemen, Humanitarian Coordinator Jamie McGoldrick stated: “The situation is catastrophic and rapidly deteriorating. An estimated 18.8 million people need humanitarian assistance in at least one sector – including 10.3 million who require immediate assistance to save or sustain their lives.”

Yemen has a population of 27.4 million people. According to the report, 3.3 million people, including 2.1 million children, are acutely malnourished.

“Two years of war have devastated Yemen and millions of children, women and men desperately need our help,” said Stephen O’Brien, the UN Under-Secretary-General for Humanitarian Affairs and Emergency Relief Coordinator. “Without international support, they may face the threat of famine in 2017 and I urge donors to sustain and increase their support to our collective response.”

The conflict’s origins go back to November 2011, when authoritarian Ali Abdullah Saleh refused to transfer power to the internationally-recognized president Abdrabbuh Mansour. In May 2015, a Saudi-led military coalition entered the civil war to fight tribal Houthi groups aligned with Saleh. The US also got involved by sending the Navy destroyer USS Cole. In the past year-and-a-half, airstrikes have contributed to the 75 people killed per day average, devastated the country’s infrastructure, and created a humanitarian crisis with 3 million people displaced from their homes.

By the end of 2016, health facilities reported 40,000 injuries and 7,500 deaths since the outbreak of conflict. These numbers are underreported, however. Considering health facilities have been less capable of reporting accurate figures as fighting has escalated, actual casualties are likely much higher.

Some have been harshly critical of the lack of government response thus far. In a press release, Oxfam, an international confederacy of 18 NGOs that work to combat poverty, called it “calculated complicity” on the part of the UK government and the international community at large: “Many governments have weighed their narrow national interests in the Middle East against humanity, and humanity has lost.

“But there is still time to avert a famine, to save lives and to help put lives back together. That means swiftly and fully funding the latest UN plan for Yemen.”