Jane Austen Is Having a Moment — But Is She a Feminist Icon?

The answer may lie in the life she led, not the words she wrote. 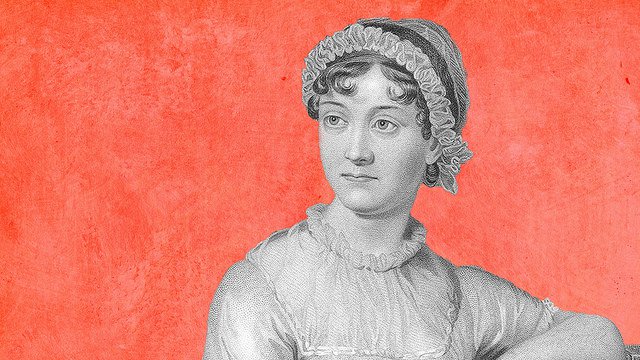 Jane Austen may have died 200 years ago, but the famous novelist is having a big week.

The Bank of England announced yesterday that Austen’s portrait will appear on the new £10 note beginning Sept. 14, the bicentennial of the author’s death. A limited supply of £2 coins featuring Austen’s silhouette, designed by Royal Mint, are already in circulation.

"The new £10 note celebrates Jane Austen's work,” Bank of England governor Mark Carney told BBC News. “Austen's novels have a universal appeal and speak as powerfully today as they did when they were first published.”

On Tuesday, the first-ever statue of Austen was unveiled in Basingstoke, near the “Pride and Prejudice” author’s birthplace of Steventon in southern England.

While it may be universally acknowledged that Jane Austen’s novels still impact women’s, and men’s, lives today, the question of whether Austen is a feminist icon is something readers and critics have debated for as long as her novels have lived.

Feminism: "The doctrine advocating social, political, and all other rights of women equal to those of men."

Some have argued Austen and the characters in her novel may not fit the feminist idea men and women have today.

Austen was well aware of the expectations and norms of the women of her time. Women were expected to marry, and their living situation depended largely on their male relatives.

But the author herself lived a conventional life. (Her brother even wrote after her death that her life was “not by any means a life of event.”)

Although Austen created spirited and strong female leads, some well-read Austenites and critics argue that none challenged social norms or believed that men and women should be treated as equal in every scenario. The evidence is in her stories.

“We live at home, quiet, confined…

Austen’s characters accepted the “universal truth” that they must marry and that their lives were very limited to the boundaries of their home. Characters that pushed the boundaries of what a woman was allowed to do were punished.

But feminism is a dynamic theory, one that has existed for several centuries and has changed with the times.

In Austen’s time, writing and being published represented a radical, and ultimately feminist, act.

“It isn't what we say or think that defines us, but what we do.”

In the late 1700s and early 1800s women were not supposed to write novels, and certainly not supposed to be published. Female novelists of the time were still considered “lude and indiscreet,” many taking male pen names so their work was not shunned in bookstores.

Not only did Austen go against this norm by writing and publishing novels, but her stories centered on women with resolve. Her characters did the best they could in the circumstances they found themselves in. They fought for their own happiness and their right to choose.

“I am only resolved to act in that manner which will, in my own opinion, constitute my happiness”

While none of Austen’s characters exhibited an overt feminist desire to challenge and go against a societal norm, Austen herself did.

By choosing not to marry and writing novels instead, Austen challenged the notion that unmarried women could not support themselves. Her novels served as vehicles into a realm women had not crossed alone before: the public.

Her first published novel, "Sense and Sensibility," was authored not under her own name, but simply under the pen name "A Lady."

Read More: Being the youngest chapter book author in US was on this little girl’s to-do list

Although Austen was not the first woman published in England — Mary Wollstonecraft’s  “Vindication of the Rights of Women” was published 20 years before Austen’s first novel — she opened the gates for more women to write and be published.

Up until Wollstonecraft’s novel, female characters and their stories were written by men. Their desires, point of view and experiences were told through men’s perception of the woman’s experience.

"Men have had every advantage of us in telling their own story."

Women during Austen’s time were unable to seek equality in the public or private sphere because their voices were not heard (or read) as women’s voices. Whether Austen’s intentions were feminist or not, having their voices and their stories publicly acknowledged was a step toward equality, even if it came in the form of fiction.

“He is a gentleman, and I am a gentleman's daughter. So far we are equal.”

A man during Austen’s time could not have written her novels. Perhaps that is why Austen’s characters and stories have thrived for 200 years. They are stories of women’s lives told from the experience of a woman.