More people in India practice open defecation (44%) than use toilets connected to adequate waste management systems (40%). That’s more than half a billion people defecating in the open, oftentimes in festering pits that leach into sources of water. This leads to countless forms of disease, which impacts a person’s ability to grow, do their job, or go to school.

The reasons for this are many and can usually be divided into geographic categories.

In rural areas, the challenges to achieving functioning sanitation systems are much different than the challenges found in cities. While rural areas have much higher rates of open defecation, fixing the problem in these areas may be easier than it will be for the cities.

Here’s a look at the unique challenges facing the country’s urban and rural areas.

More than 30% of India’s 1.3 billion population lives in cities, which are some of the densest in the world, and this proportion is expected to rise to 40% by 2030. The surge of new people to urban areas often outstrips development, causing immense strain to infrastructure and generating staggering pollution.

India’s cities, like many cities in the world, are a study in contrasts. Opulence on one street, squalor and poverty on the next. Shantytowns are as common as gated communities.

This disparity leads to a lot of unsanctioned development — the rich shore up their luxury and private amenities and the poor struggle to get by. In particular, the construction of informal dwellings unconnected to public infrastructure means quality sanitation often gets overlooked. And then, over time, interventions become prohibitively difficult.

In the city of Assi Ghat, along the Ganges River, for example, engineers have been unable to lay down a new sewage system because of how the city’s “tortuous lanes” became so packed with development over decades of growth.

The old pipes in the ground were not designed to deal with the current population, and they were embedded in a way that is hard to update. Uprooting everyone isn’t possible — people have to go about their lives — and any proposed project has to be joined by temporary solutions that have so far been elusive.

In addition to pipes snaking through the ground, cities have to develop sanitation facilities to treat — filter and sterilize — waste. All throughout the country, there are not enough facilities for the population and enormous amount of fecal matter is dumped directly into rivers or fields. 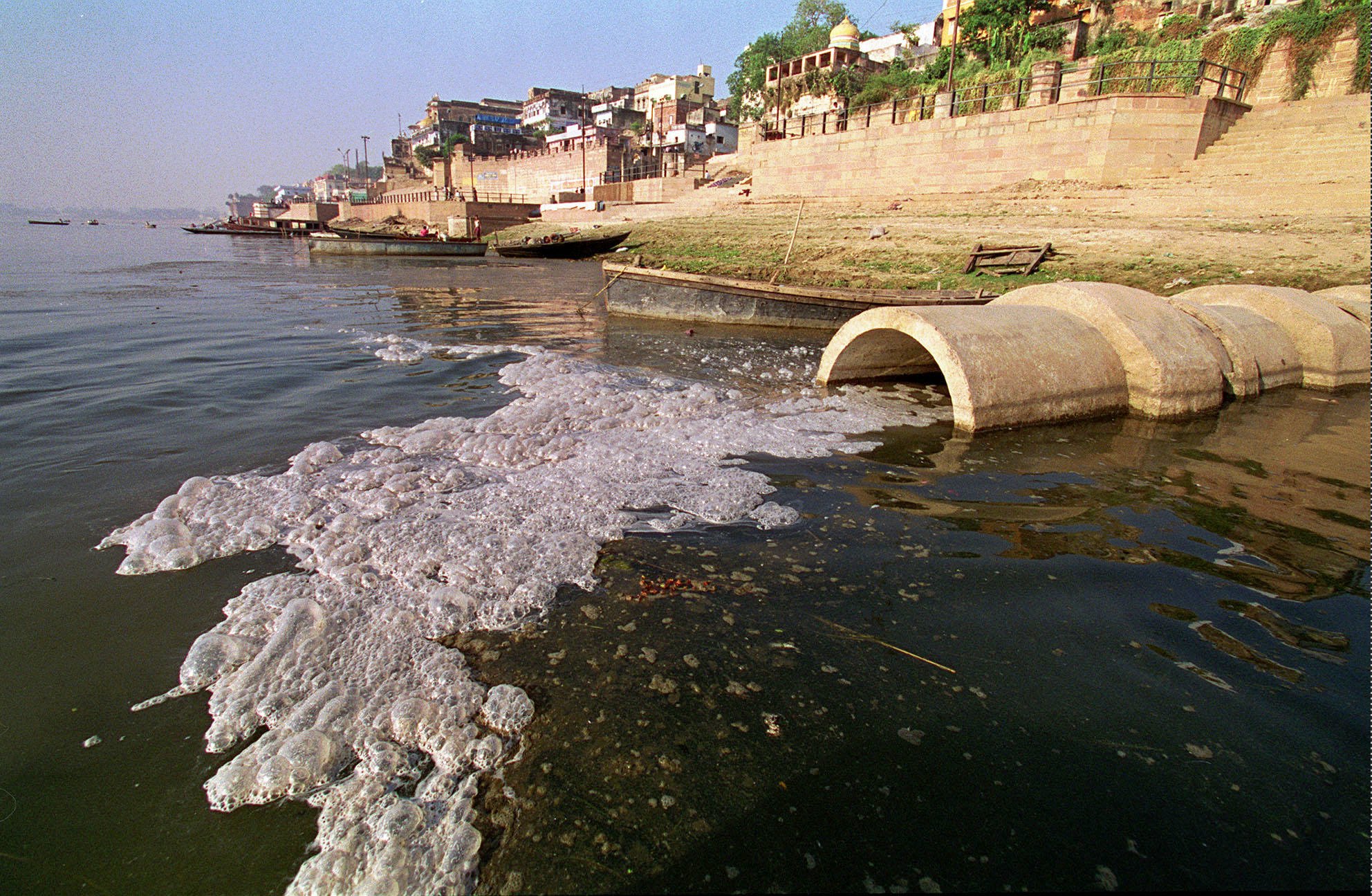 For instance, the Ganges River absorbs more than a billion gallons of raw sewage and industrial waste every single day. This avalanche of contamination causes widespread disease by infecting groundwater supplies and crops and it also kills plant and animal life in the river.

The economic powerhouse Mumbai is expected to be the world’s largest city by 2020, but wealth disparities mean that huge blocks of the population have been ignored.

It’s estimated that 56% of the population does not have access to adequate sanitation. For example, in the country’s largest slum Dharvari, there are a million residents, and just 1,000 toilets. As informal settlements expand in the years to come, the city will have to contend with the immense health risks that come from poorly treated or untreated sewage.

Further, connecting households to sewage systems isn’t enough. The pipes underground have to lead to legitimate and modern treatment centers that can handle the huge amount of waste generated by a city. Then this waste has to be shipped to where it won’t cause harm. Most of India’s cities are not close to properly handling all their waste.

Cities are making strides, however. Prime Minister Modi has embarked on a mission to clean the Ganges River, which cannot be done without fixing the sanitation problem. And urban areas have improved waste management over the years. More than 63% of city residents had access to improved access in 2015, compared to 49% in 1990. But in the years to come, India’s urban centers will have to learn how to effectively handle population booms. After all, access to clean water and sanitation are basic human rights.

The bulk of India’s population is rural, and most don’t have access to functioning sanitation. In fact, 65% of people living in villages practice open defecation or have access only to bad sanitation facilities. A bad sanitation facility could mean public toilets that do not work or are blocked, toilets that are not connected to a sewage system, latrines that are not adequately maintained, and so on. Just as with cities, quality sanitation often depends on wealth, but the extent of poverty in rural India is far deeper.

In rural India, however, there is another dimension: behavior. Many people in villages simply prefer open defecation, and so any comprehensive attempt to end this dangerous practice has to be supplemented with an educational campaign that directly links health problems to bad sanitation. A 2014 study found that a large proportion of village households with toilets continued to openly defecate because it was “pleasurable, comfortable, or convenient.”

In the past, the government and aid organizations have overlooked this behavioral change aspect, thinking that plunking new toilets down would be enough to fix the problem. But this hasn’t happened.

In 2014, Prime Minister Modi announced the Swachh Bharat Mission to end open defecation by 2019. The campaign spawned a number community-led organizations that are trying to educate people on the harms of open defecation. Private companies are also getting into the mix, ensuring that when new toilets are constructed, people are aware of how to and why they should use them.

One tactic in particular has worked well for villages. Many people perceive the federal government coming in and building toilets as heavy-handed, and this has led to many failed initiatives.

So, instead, the government has focused on educating community leaders to carry out reforms in their districts. Since community leaders are more influential, they are often able to make more of a difference. The state of Chhattisgarh has seen remarkable success with this model, going from 20 open defecation free villages in 2014, to 1644 in May 2016

Open Defection Is a Problem in India's Cities & Rural Areas