Toilet waste is dropped right onto the tracks — which is not OK. 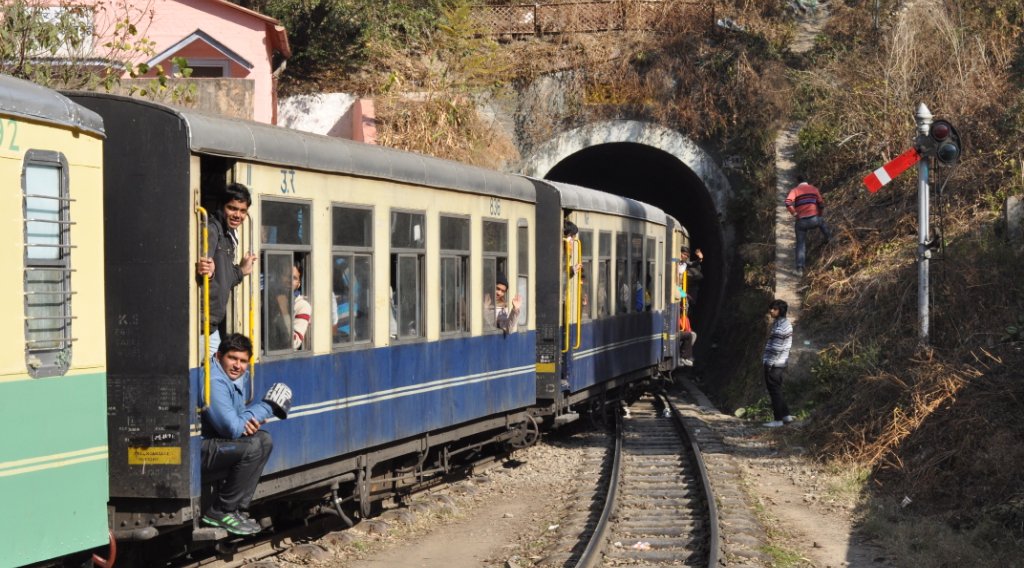 Commuting isn’t fun for most people — there’s traffic on roads, smog in the air, and delays on the trains.

And in India, there’s also the stress that comes from having to go to the bathroom on the train. Rather than toilets, most trains have a hole that opens up right onto the tracks.

And with 23 million people riding India Railways every day, that makes for a shitty situation.

This is not only unhygienic for people riding the trains, but it also creates a health threat to people whose water supplies are near the tracks. Untreated fecal matter infects ground water supplies and spreads disease.

Because the railway is so sprawling, it’s hard to envision an easy fix to this problem. The railway often hires third parties to clear the tracks, which just shifts the problem around, rather than solve it.

But some progress is being made — in July a new 114-km long corridor that’s being called “discharge free,” opened, two new waste management plants in New Delhi and Jaipur will turn waste into energy, and a large-scale effort to install bio-toilets on all trains by 2019 is underway.

Learn More: Why Global Citizen Is Campaigning in India

What is a bio-toilet? Rather than have a tank on the train for the waste to be discharged into, like most trains in the US, UK, and elsewhere, bio-toilets, or composting toilets, start breaking down waste immediately by using bacteria to help speed up the process.

While India has a plan to make this transition, Global Citizens are hoping to speed up that effort.

In the lead up to the Global Citizen Festival in Mumbai on Nov. 19, more than 30,000 actions were taken by Global Citizens calling on the Ministry of the Railway to commit to installing 128,000 more bio-toilets on trains by Oct. 19, 2017.

Will it work? Check back here after the festival to find out.