She inspired her village and the whole district became open-defecation free. 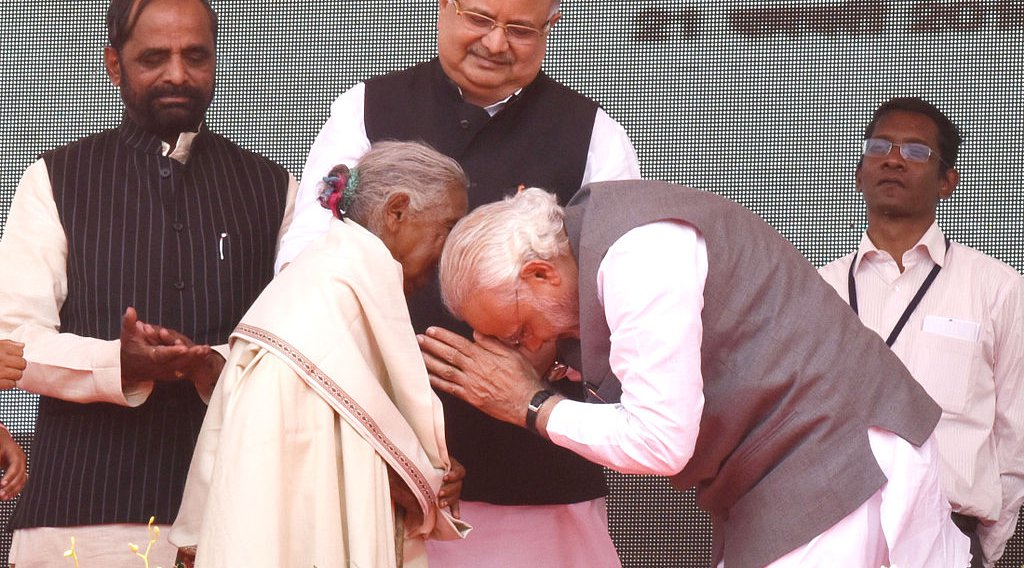 At 105, Kunwar Bai, who lives in the small Kotabharri village, made up of only 18 families, is an unlikely hero to enact change throughout India. Yet she’s done just that.

Kunwar Bai is credited with ending open defecation for 800,000 people in Dhamtari. It’s the first district in Chhattisgarh and in central India to accomplish ending open defecation — one of India’s largest goals of Swachh Bharat Abhiyan (SBA), India’s initiative to create a “Clean India” by 2019 in honor of Mahatma Gandhi’s 150th birthday.

Read More: This Hindu Goddess Really Wants You to Give a Shit About Sanitation

Kunwar Bai had no television, cell phone, or internet in her modest home in rural India. She didn’t see the posters or text messages of the modern campaign to end open defecation which is still practiced by 550 million people in India.

In fact, for the majority of her life, Kunwar Bai slipped out into the forest near her home to relieve herself. Then two government officials showed up in her village with a message on the benefits of proper sanitation.

While their speech at the local school on the harm to the environment and community health implications of open defecation resonated with Kunwar Bai, her inspiration was a little more basic.

At more than 100 years old, she had fallen twice as she made the trek to the forest. Each time risked her safety and health.

Building a toilet in her home could save her and her community a lot.

"I thought if I somehow built a toilet at home, it would save me a lot of trouble," she told BBC.

Kunwar Bai is not a wealthy woman. Prior to building the toilet her only true possessions of value were her goats. She used the profits of selling seven of her 20 goats, along with some financial help from her daughter-in-law, to fund the endeavor.

“As I was still short of funds, my daughter-in-law who works as a daily wage laborer pitched in and we managed to raise enough money to build a toilet," she said.

Proud of her new toilet, she showed others in the village her new asset and explained its value. This led to more and more people in Kotabharri village spreading word to invest in sanitation. Nobody had an excuse anymore thanks to Kunwar Bai.

“Kunwar Bai has shut everyone up. She's poorer than most others here and now people say, 'if she can do it, so can we,'" said Johan Singh Yadav, who lives in the Barari villages, the next closest to the Kotabharri villages.

Read More: How to Wash Your Hands — Not the Way You’ve Been Doing It!

The movement continued to spread, until the district of all 800,000 people took part, working together to end open defecation in their home region.

In Kunwar Bai’s home village, a 500 rupee penalty was even imposed for openly defecating. This was a big change compared to just years ago, before Kunwar Bai changed the mindset of hundreds of thousands of people.

"An elderly woman of 104 years who stays in a remote village, does not watch TV or read papers, but the message of building toilets under clean India mission somehow reached her," said PM Modi.

At a ceremony celebrating Kunwar Bai and the new and lasting end of open defecation in Dhamtari, PM Modi praised her, touching her feet as a deep symbol of respect.

“The country is changing. It seems when a woman at a remote village makes efforts to fulfil a dream of clean India mission, she is an inspiration for everyone, especially the youth,” said PM Modi.