Germany recently declared to accept 500,000 Syrian refugees each year but what about the US?

The migrant crisis in Syria worsens each day. Over 6.5 million Syrian citizens are currently displaced from their homes. Millions of Syrians are fleeing the country and the remaining are internally scattered.

Since civil war broke out in Syria in 2011, surrounding countries such as Lebanon, and Turkey have taken in more than 4 million Syrians fleeing horrific conditions. Countries in Europe, Latin America, and Oceania find ways and pledge to accept hundreds of thousands of Syrian refugees each day.

As the Prime Minister of Sweden, Stefan Lofven said in a press conference two days ago, “If people knock on the door who are fleeing from war, terror, rape then we have to open the door.” And many European countries are responding. 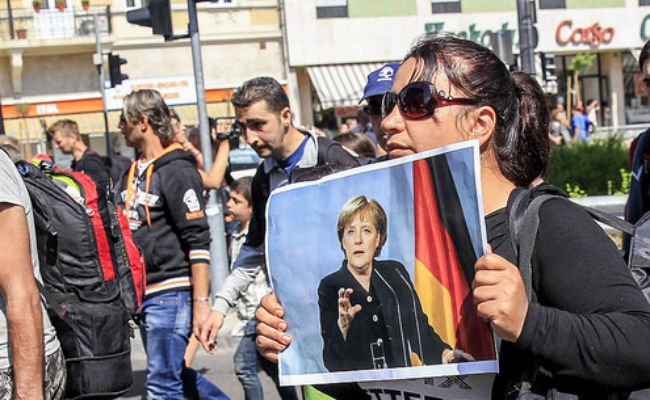 Even Pope Francis is asking Catholic churches, and Catholic citizens to take in Syrian refugees to mitigate uneven distribution of Syrian migrants throughout Europe.

Other countries outside Europe are stepping up too. Australia is going to take in another 12,000 refugees, Venezuela is calling for 20,000 refugees and Chile is also extending a hand.. But there’s one major global player seriously missing… the US.

The US has spent $4.1 billion (USD) since 2012 on humanitarian response aid in Syria, but has only taken 1,500 Syrian refugees.

American politics are ridiculous at times, I know. But really, what the heck is going on here? Why is the US only accepting 0.03 percent of Syrian refugees?!

Donald Trump, (yeah—the guy who wants to build a wall on the US-Mexican border to keep out immigrants) even admits that the US needs to take in more Syrian refugees.

Senators recommend the US take in at least five times as many refugees from Syria.

Germany’s population is a quarter of the US’s. Proportionally speaking, the US would have to pledge to take in 2 million per year to match Germany.

Hilary Clinton states that when she was Secretary of State in the Obama administration when the Syrian civil war broke out, she called on other world leaders to come together to solve the crisis. Well now it’s time for the US to join other world leaders and step up to take in more Syrian migrants fleeing conflict in their home country.

So far, President Obama and the White House Response has been “we’re looking into it”. What? How can Germany welcome nearly one million refugees while the US “looks into it”? 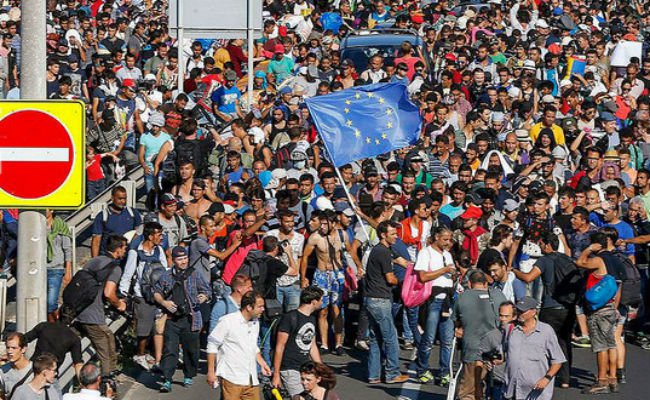 So what exactly needs happen for the US to change refugee policy?

Well, according to the White House website, not much. Section 207 of the Immigration and Nationality Act says that the US can accept up to 70,000 refugees per year as justified by humanitarian concerns.

The US president needs to set the ceiling for refugees by October 1, 2015 for the next year so let’s hope pressure from global citizens, world leaders, and the media are enough to push for more refugees.

Plus, as the New York Times points out here, there is plenty of room for refugees to settle in deserted parts of US cities like Detroit. This would require coordination and cooperation but it’s been done before for refugees from Hmong communities in cities like Minneapolis.

Why then is the US not taking in more Syrian refugees?

Here’s the justification the US hides behind, and it’s the same reason you have to take off your shoes and dump out water bottles each time you travel through security in US airports: Security.

I understand that the screening process for admitting refugees is lengthy (up to 18 months in the US) but the main reason the US has not accepted more Syrian refugees is primarily from fear that extremists from Islamic states and terrorists could make their way into the US. The other reason is that the US administration previously considered the Syrian refugee and migrant crisis an issue that “Europe could handle.” But, Europe and neighboring countries of Syria are getting close to full capacity and the US needs to recognize their responsibility in letting in more refugees at a quicker pace.

What do other countries think about US lack of action on Syrian refugee policy?

Not cool. If the US wants to remain in good graces with other countries that are accepting millions more refugees from Syria, the country will have to change policy and allow a much greater influx of migrants from Syria to enter the US.

I hope the US matches other world leaders and seriously steps up to take in more refugees from Syria. Pressure is building from humanitarian aid groups, media, and political figure in the US and around the world. World leaders like Angela Merkel, Stefan Lofven, and others are calling on the US to take more refugees and do their part, and the US better answer these calls and open the door soon.

If you agree the US should start accepting more refugees fleeing conflict in Syria. You can call your senator or congressman and ask them support policy to accept more refugees.

Go to TAKE ACTION NOW and tweet now to tell Commissioner Mimica to prioritize aid for the most vulnerable countries.