Turkey is showing the world how to treat refugees

It's for the world to emulate countries like Turkey that have generously opened their borders.

This past week it was reported that the Mediterranean Sea has claimed 1,083 more lives as refugees continue to seek safe harbor outside of their war torn homes.

The time has come for the world to emulate countries like Turkey that have generously opened their borders to those in dire need.

Turkish President Recep Tayyip Erdoğan echoed this call for action last week as leaders from the United Nations to NGO’s and private sectors gathered in Istanbul for the first ever World Humanitarian Summit. In an op-ed article in the Guardian, Erdoğan called attention to the simple facts that shed light on Turkey’s generosity towards refugees since the origin of the Syrian conflict:

“Having adopted an open-door policy towards Syrian refugees in 2011, we now host nearly 3 million Syrian nationals from diverse ethnic, religious and sectarian backgrounds. In the past five years Turkey has allocated $10bn to provide Syrian refugees with free healthcare, education and housing.” - President Erdoğan

Historically, Turkey’s land has acted as a ‘humanitarian sponge’ by absorbing the plights of surrounding countries and providing a safe harbor for countless people regardless of their religious, ethnic, or linguistic backgrounds. Today, with nearly 3 million refugees registered in the country, this sponge has reached capacity and it is time for the world to step up and lend a helping hand in order to solve the crisis.

The economics of the crisis is not the only complication for Turkey’s resources. Besides financial strain, the influx of refugees in Turkey has led to increased social tension resulting from higher home rentals and increased competition in the job market from businesses hiring illegal workers for lower wages. 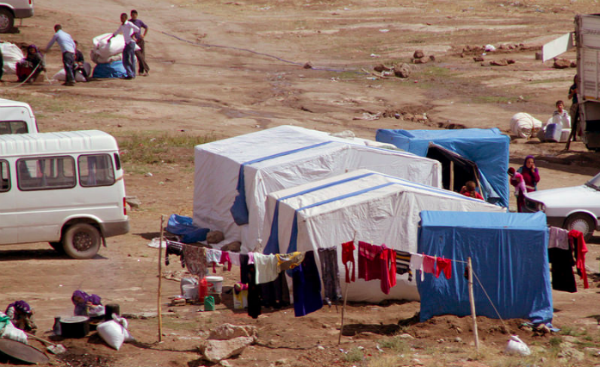 Murat Erdoğan, director of the Migration and Politics Research Centre at Ankara-based Hacettepe University, points out that "right now, Turkey is trying to figure out how it will educate these people and find jobs for them, while the EU's biggest concern is to stop refugees from reaching its shores at any cost.”

It is often the case that countries in the West pat themselves on the back when lifting a finger for foreign humanitarian aid, even before the crisis is resolved.

In the case of the refugee crisis, it has been reported by The Telegraph that Western countries have underestimated the severity of the crisis by 4.7 million refugees and overestimated the help they have provided. For example, those in France believe that the country has taken in 5 times the amount of refugees than it actually has.

Similarly in the UK, Germany, and the US, the graphic below exemplifies this misconstrued perception. 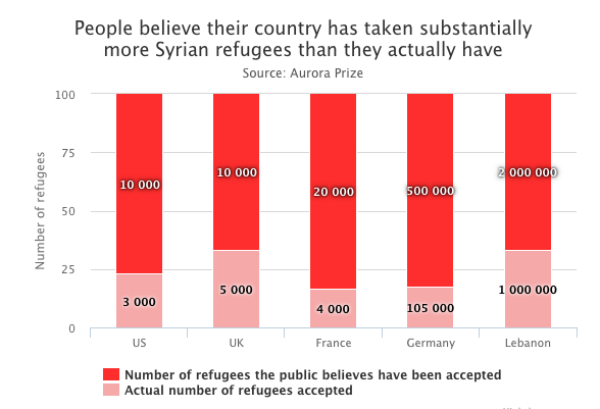 By recognizing how many more refugees Turkey has helped, maybe other global citizens will demand more of their nations.

Yes, the Western media and government leaders have brought the European refugee crisis to the forefront of discussions in the past two years. But it is important to note that the Syrian civil war is entering its sixth year, meaning that it has been six years since Turkey has opened its borders to its neighbors in need.

In his call for help from the international community, President Erdoğan put this into perspective with the facts that “it was not until refugees appeared in the streets of Europe and terrorist organizations such as Islamic State started attacking EU citizens that European leaders realized they could no longer ignore the problem. Many Syria-related problems could have been avoided had the world intervened in the early stages of the conflict. But it’s not too late if European leaders are ready to make the right commitments today.”

As Erdoğan urged, hope is not lost! Actions are starting to be made by surrounding countries.

Following the closing of the World Humanitarian Summit in Istanbul, some commitments have already been put forth by European leaders to assist in the crisis. One of these commitments is a fund called Education Cannot Wait that aims to provide 13.6 million children and youth in emergencies and protracted crises with quality education over the next five years. Dubai Cares, the European Union, Netherlands, Norway, the UK Department for International Development, and the United States Government have provided financial support for this new fund. 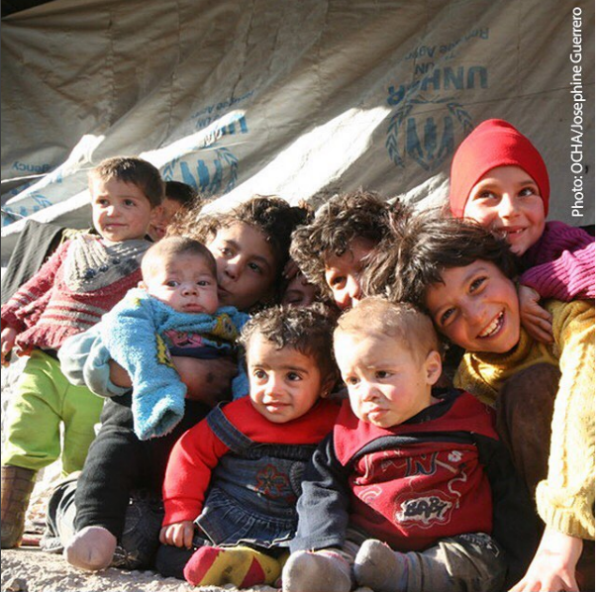 "There is an urgent need to ensure that kids who are forced into refuge are not denied an education. Education Cannot Wait has the potential to chart the path forward by developing the tools we need to deliver education and offers the promise of unlocking new sources of funding," said U.S. Agency for International Development Administrator Gayle Smith.

The resolution to the refugee crisis is multifaceted and will take action from all corners of the world, not just one or two countries like Turkey and Greece. But there are lessons of generosity and inclusiveness that everyone can take away from Turkey’s handling of the crisis to combat the mistreatment of refugees of today.

Like Turkey, countries have to start actively providing safe housing to larger numbers of refugees and prioritizing ways to help them assimilate into a new society.