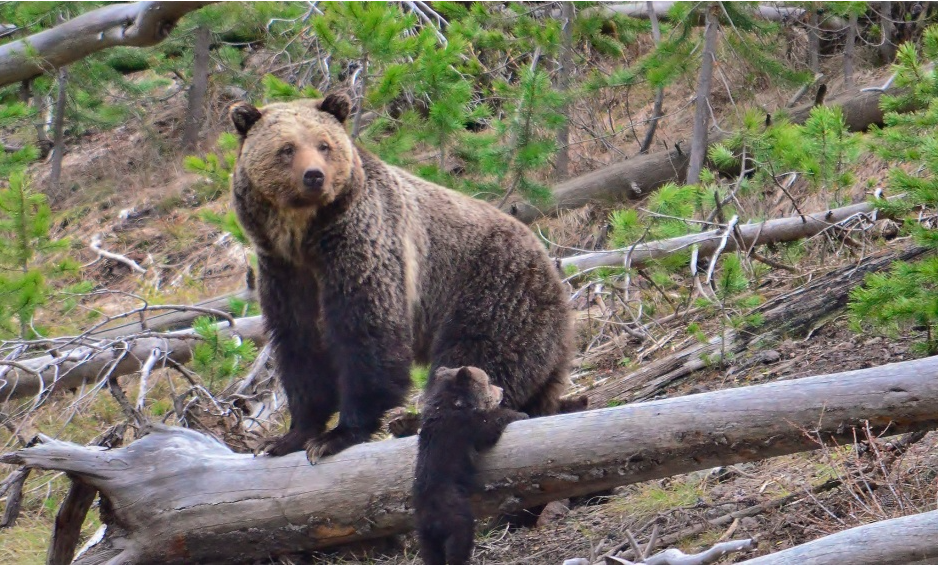 US Department of Interior

The Trump administration thinks that the Yellowstone grizzly bear is ready to fend for itself.

More than four decades after the bear received endangered animal status, the special distinction will now be stripped.

For Ryan Zinke, the Secretary of Interior who approved the move, this is a sign of a population so robust that it should now be hunted.

“As a kid who grew up in Montana, I can tell you that this is a long time coming and very good news for many communities and advocates in the Yellowstone region," Zinke said in a statement.

Zinke and his peers at the US Fish and Wildlife Service think that the species has received sufficient protection and is even reaching capacity for the area.

As proof of this, they point to the grizzly’s range in parts of Montana, Wyoming, and Idaho, which has more than doubled to cover an area bigger than New Hampshire, Massachusetts, and Connecticut combined.

This expanded range has meant that more grizzlies are encroaching on human and livestock spaces, causing problems like mauling hikers and eating farm animals.

For many wildlife advocates and tribal communities, the decision is premature. They think that it’s motivated not by science, but by the political push to dismantle conservation efforts.

After all, if you take a longer view of history, the bear's numbers have not recovered much. In the 1800s, there were more than 50,000 grizzlies roaming around.

“The decision [to remove the distinction] has to be based on the best available science,” Matt Bishop, a lawyer with the Western Environmental Law Center, a group working to block the decision, told Global Citizen. “We think this is largely political.”

“We don’t see why there’s a rush to open a hunting season,” he added. “We think right now we should take a more precautionary approach.”

Bishop said that the protection could be lifted in 10 years, if at all, after more reviews are done to study the bears.

He said that more studies are urgently needed as climate change complicates how the bears live. Key food sources like whitebark pine tree nuts and cutthroat trout are being endangered by the consequences of rising temperatures.

It’s the uncertainty of food sources, rather than a bulging population, that’s causing the bears to roam into new areas, according to Bishop.

Read More: 12 Reasons to Visit US National Parks the Next 2 Weekends

Further, an expanding range is good for the bear’s long-term viability because it means different groups will mingle, improving the overall genetic pool.

The new policy will take effect 30 days after the final rule is published in the days ahead. From then on, the federal government will maintain control over grizzlies in Yellowstone Park, but states will assume control of the bear’s management outside of the park and will have greater flexibility for hunting them.

Wyoming, Idaho, and Montana have begun developing hunting licenses in anticipation of the new policy.

One of the signature tactics of the 42-year conservation effort was to introduce garbage-proof trash cans and eliminate dumpsters in the region because many bears were getting shot after pursuing the smell of garbage.

The prospect of bears once again getting shot in high numbers frightens many wildlife advocates.

Bishop’s organization intends to file a lawsuit to reverse the order. A similar push to delist the bear was blocked by a lawsuit in 2007.

The loss of this protected status is part of a broader push by the Trump administration to unravel federal protections for wildlife. Earlier in the year, a review to potentially end all the national monuments that cover 100,000 acres or more was announced, public lands were opened up for fossil fuel extraction, and wetlands were stripped of many of their protections.

The Yellowstone grizzly bear is not all of a sudden going to be hunted to extinction. But it’s a fragile species that might not yet be ready to be thrust into a hostile environment.

“Now is not the time,” Bishop said. “It could be a huge step back."