“Fracking cannot, and will not take place in Scotland.” 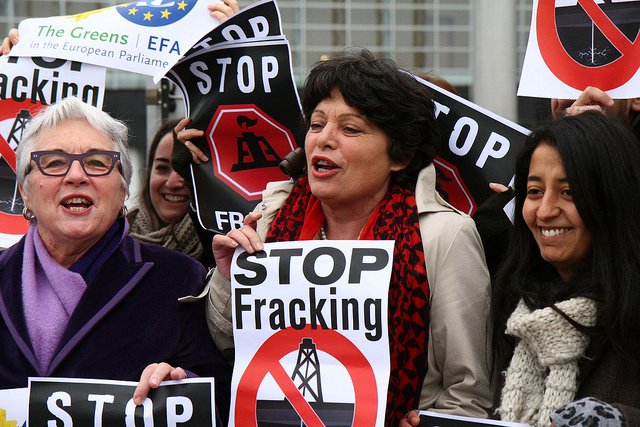 The Scottish government has banned fracking after a wide public consultation.

The survey found that Scottish people opposed the environmentally harmful gas extraction practice in huge numbers. It attracted 65,000 responses — 65% of these were from former coal mining areas targeted by the fracking industry, of which 99% stood against fracking.

Wheelhouse: 99% of people who responded to fracking consultation said they didn't want to see it in Scotland

Since 2015, fracking has been temporarily suspended until the public had a chance to weigh in. And now the outcome of that survey means that the moratorium will become permanent. The Scottish Parliament will officially vote on the change later in the year, but it is expected to pass comfortably.

“It is our responsibility as a government to make a decision we believe is in the best interests of the people of this country as a whole,” said Paul Wheelhouse, Scotland’s energy minister. “We must be confident that the choices we make will not compromise health and safety or damage the environment in which we live.”

British-wide support for fracking has never been lower — 16% back the process, according to an annual study by the Business and Energy Department. This is down from 21% last year, and the lowest since recordings began five years ago.

A similar ban already exists in Wales, and so some critics are now declaring that the pressure is on Westminster to follow suit.

Scotland has not only banned #fracking, but 99% of people who responded to the consultation voted against it. 99%! Your move, UK. pic.twitter.com/egw9JaZDLD

Fracking involves injecting water at high pressure to fracture rock formations, releasing natural gas as it breaks. Most of this gas is methane, which when leaked into the atmosphere can have a catastrophic impact increasing global temperatures. Fracking is proven to cause earthquakes, pollute water supplies, and damage local environments beyond repair.

“This is a victory for the environment and for local communities fighting fracking,” said Mary Church, from Friends of the Earth Scotland. “This is a huge win for the anti-fracking movement, particularly for those on the frontline of this dirty industry here in Scotland, who have been working for a ban these last six years.”

But not everybody’s a fan. Tom Pickering, operations director at Ineos Shale, warned that the ban could be a blow to the Scottish economy, with thousands of jobs in danger. Ineos Shale is the company that processes Scottish imports of shale gas obtained by fracking.

But, for the most part, the internet rejoiced at the announcement.

Victory for communities across Scotland as #fracking moratorium to be turned into a ban, congrats to all the campaigners

#Fracking ban in Scotland with immediate effect. Get in there! pic.twitter.com/ZCGNrv0if3

The news also caught the eye of several celebrities, including Bianca Jagger and Mark Ruffalo — an actor somewhat used to going green for the greater good.

Thrilled Scotland #BanFracking, a victory for communities who campaigned to protect their livelihood, the environment, air and water sources

Scotland is now coal-free, fracking-free, and even powered every Scottish household purely on wind energy for six months last year. It’s taken bold steps towards achieving the climate targets set out by the Paris Agreement, but a pertinent question still remains: when will the rest of the UK step up and join them?