The country is leading the UK away from fossil fuels. 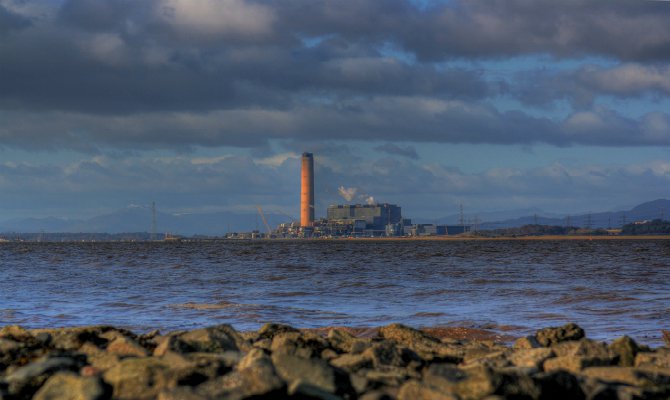 In a move towards renewable energy, Scotland just shut down its largest and last coal power plant. Longannet power station, was Europe’s largest coal plant. On Thursday, March 24th after 46 years of operation it closed for good.

The Longannet power station generated electricity for 25 percent of Scottish homes. It was also responsible for producing one-fifth of the country’s carbon emissions. The coal plant burned about 4.5 million metric tons of coal a year. Scottish Power, the company that owns Longannet, had planned on closing the plant due to high transmission costs and carbon taxes.

In addition to contributing to global warming, coal consumption has a detrimental impact on human health by causing premature deaths. A Greenpeace report found that the coal plant in Scotland  was responsible for a combined 4,210 years of life lost.

According to the Scottish Environmental Protection Agency, Longannet was the country’s biggest polluter and produced up to 4,350 tons of ash every day.

Here's the moment #Longannet power station was shut down today marking the end of coal-fired generation in Scotlandhttps://t.co/rY2RtMTBWb

The plant’s shutdown marks the end of coal consumption in Scotland. The country aims to generate 100 percent of its electricity through renewable energy sources by 2020. In its effort to meet these green energy goals, Scotland has more than doubled its renewable electricity output since 2007.

Currently, half of the country’s electricity comes from renewable sources. This was possible through increased investment in onshore and offshore wind. Scotland is home to the UK’s largest wind farm, which generates enough electricity to power around 300,000 homes.

“Coal has long been the dominant force in Scotland’s electricity generation fleet, but the closure of Longannet signals the end of an era,” Hugh Finlay, Scottish Power’s generation director told the Guardian.

As of yet, no plans have been made on what will happen to the closed plant, but one proposal includes transforming the site into a center for renewable energy expertise.

Environmentalists praised Scotland’s decision to shut down the coal plant.

It's the end of an era!In an incredible win for the environment, Scotland's last and largest coal-fired power plant...

“The closure of Longannet marks an historic and inevitable step in our energy transition as Scotland becomes one of the first nations to end its use of coal for power,” said WWF Scotland director Lang Banks.

Other countries are also slowly moving away from coal. China and the US, the two largest coal consumers, have committed to stop unnecessary coal plants. China’s National Energy Administration ordered 15 provinces to stop building coal plants and several others to stop approving new coal power plants until the end of 2017. In the US, more than 200 coal plants are being phased out.

The UK plans to close all coal-powered plants by 2025. Although the nation doesn’t plan on abandoning gas and nuclear plants, the decision to end coal consumption is a big step forward for sustainable energy policies.