The historic monument to Millicent Fawcett finally got planning permission after a viral campaign. 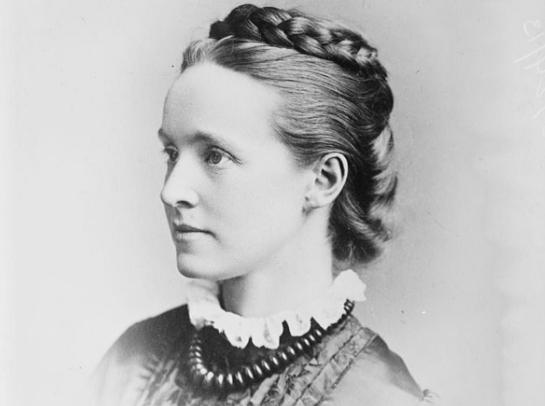 A statue of suffragist leader Millicent Fawcett will become the first ever monument to be built at London’s Parliament Square that’s dedicated to a woman.

The square has always been a historic boys' club — 11 statues of important men that silently compete for selfies with its closest famous neighbour: the now bong-less Big Ben.

Sadiq Khan has won approval for a statue of Millicent Fawcett in Parliament Square (the first of a woman in that space).

It was the second great victory for activist Criado-Perez in recent weeks, as she was also behind the campaign to get a woman commemorated on a UK banknote — a campaign that achieved victory last week when the new £10 note featuring author Jane Austen went into circulation.

Now, Sadiq Khan’s application to Westminster City Council for planning permission has been approved, and the statue will be erected in time for next year’s 100-year anniversary of the 1918 Representation of the People Act — the historic moment that first gave British women over 30 years old the power to vote.

Proud that we will have an icon of the women's suffrage movement commemorated in Parliament Square.

“As a proud feminist at City Hall, I have given Caroline’s inspired campaign my full support and am delighted that we have been given the go-ahead to bring the first ever statue of a woman to the centre of British democracy in Parliament Square — something which is long overdue,” said London Mayor Sadiq Khan.

“Next year marks a century since the start of women’s suffrage in the UK — one of our country’s most pivotal moments — and our mission now is to ensure that we can begin the centenary celebrations with the unveiling of this landmark piece,” Khan said.

Read More: Women Are Finally Back on Banknotes as Jane Austen £10 Goes Into Circulation in the UK

The statue will immortalise Millicent Fawcett at 50 years old — the year she founded the National Union of Women’s Suffrage Societies. She will hold a placard that says “courage calls to courage everywhere,” a quote from a speech she made after the death of Emily Wilding Davison, a suffragette, at the Epsom Derby.

Great news! Women's rights activist Millicent Fawcett will be the first statue of a woman in Parliament Square 💪 https://t.co/AgUf3zOHvipic.twitter.com/3j5ZMHeSJH

The artist commissioned to produce Fawcett’s statue, Gillian Wearing, will also become the first female sculptor to have her work featured in Parliament Square. She’ll work with a diverse group of historians and academics to ensure that Fawcett’s character and leadership is accurately captured.

“I am really delighted that planning has been granted,” said Wearing, a Turner Prize winning artist. “Now Millicent Fawcett's statue can stand as an equal amongst male statues in Parliament Square.”

Gillian Wearing, the first female artist to create a statue for Parliament Square, with the approved statue of Suffragist Millicent Fawcett. pic.twitter.com/JQig7dLSpK

Global Citizen campaigns to achieve equality for women around the world, through our Level the Law campaign, which demands an end to laws that discriminate against women. You can join us by taking action here.