This Is the Best Way to Lift Women Out of Poverty, According to Melinda Gates

“If you believe in women, you fund things for women.” 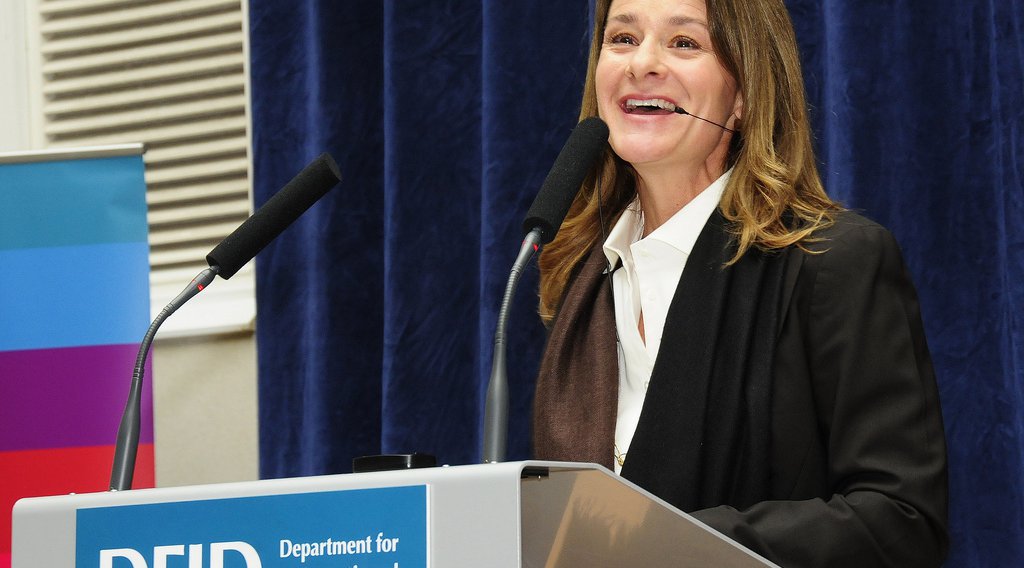 In the fight to end extreme poverty, one thing has been proven time and time again: women must be lifted up. Melinda Gates, whose Gates Foundation has committed millions of dollars to closing the gender gap, knows this better than anyone.

And last night, Gates called on Congress to do just this by increasing funding to women and girls through family planning and women’s health initiatives — funding that has been threatened by the Trump administration’s proposed foreign aid cuts.

Take Action: Speak Up for The Millions of Girls and Women Who Are Without Access to Basic Health Services

Gates is the co-chair of the Bill and Melinda Gates Foundation, the world’s largest private charity that focuses on eradicating extreme poverty worldwide and addressing global health crises.

Under President Trump these services have been threatened.

In one of his first actions as president, Trump signed an executive order — called the “Global Gag Rule” — that effectively ended all US aid to global organizations that provide or educate people on abortion services. He has also slashed approximately $8.8 billion US funding for family planning around the world.

Some of those services included reproductive health, maternal and child health, HIV/AIDS relief, prevention, and treatment for diseases and support for sanitation programs, according to Human Rights Watch.

Global Citizen campaigns on providing equal opportunity and rights for women and girls around the world, knowing that they play a critical role in ending extreme poverty. You can take action here.

Gates said she was “deeply troubled” by the president’s decision to slash family funding worldwide, and she and her husband condemned the executive order at the time.

Since, she has traveled to Washington D.C. several times to speak with members of Congress about the importance of funding foreign aid and programs that empower women.

Gates has also spoken out about US foreign aid, urging Congress not to cut funding or else the progress made toward eradicating poverty “will start to slide backwards.”

“The power is in the money,” Gates told CNN.

She pointed to countries around the world that have risen from a low-income to middle-income country, such as Bangladesh, where the US funded family planning and reproductive health. However, President Trump’s current budget of over $600 million includes $0 for family planning, Gates said.

Gates is more optimistic that Congress sees the value in funding family planning and will include it in the budget.

“There’s no reason in this day and age not to have [paid family leave],” Gates said. “We need to right this wrong in society and make business and family equally important. We value our families, so let’s economically value that as a country.”

As a co-chair of her foundation, Gates did not formally endorse the FAMILY Act, legislation introduced by senator Kirsten Gillibrand (NY) earlier this year that requires up to 12 weeks of paid leave for a worker of any gender that has an infant or family member suffering from an illness.

However, Gates said the legislation is a great starting point to open discussion in Congress on paid family medical leave, and that bipartisan support will be essential for passing a bill into law.