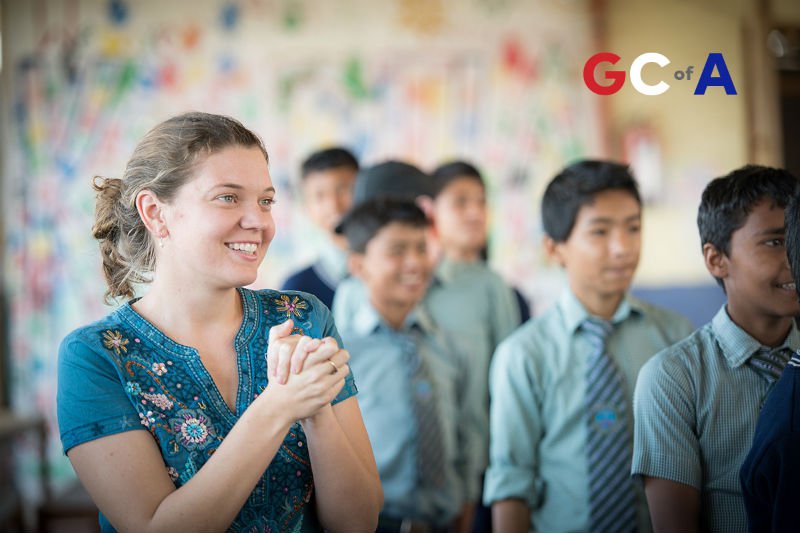 Just over 10 years ago, Maggie Doyne was almost your typical recent high school grad travelling through Nepal. Except she was spending her gap year visiting war-torn regions of a country that had recently emerged from a brutal civil war.

The civil war in Nepal, similar to the one occurring in Syria today, affected children more than anyone. Children were pushed onto the streets and the war forced families to separate.

Over 40,000 children were displaced during the decade-long war according to Unicef.

This experience aboard, along with her altruistic nature and a profound encounter during that gap year, led Doyne to stay in Nepal, and, ultimately, to start a movement to improve the lives of hundreds for Nepal’s Surkhet community for generations.

It started one day following her daily route while in Nepal in 2006. Doyne walked past Hima, a young girl who was splitting apart stones to sell for money, instead of attending school.

“I saw myself in her eyes and I saw her future, and I just had this moment where I knew I needed to do something. And that something was to provide her with an education,” said Doyne.

After listening to Hima, and then to many other children’s stories — she took action.

Doyne, who is originally from New Jersey, went back to the US and got to work. At 19, she babysat to raise $5,000 to purchase land in Nepal and start a home for the lost children she had met.

In 2007 she founded the BlinkNow Foundation, which became the sole provider (and still is) to build the children’s home into the Kopila Valley Children’s Home. Today, the foundation also has set up a health clinic, women’s center, sustainability program, and a school for more than 350 students which it continues to fund. In addition, 90% of the foundation’s staff are Nepali, furthering a cycle of empowerment for the community.

Today, Doyne is the legal guardian for 49 children, whom she lives with at the Kopila Valley Children’s Home and that she would “do anything for.” The home also has two incredible Nepali caretakers, and several Nepali staff who the children call "aunties" and "uncles" that cook help out with daily tasks. Doyne spends part of her time back in the US to fundraise, and works to ensure the bright future that the BlinkNow Foundation is building with the Surkhet community. In fact, some of her oldest children are just beginning to reach 18, and the BlinkNow Foundation is helping them with attending university, vocational training, and has a committee dedicated to seeking opportunities for older children at the home. 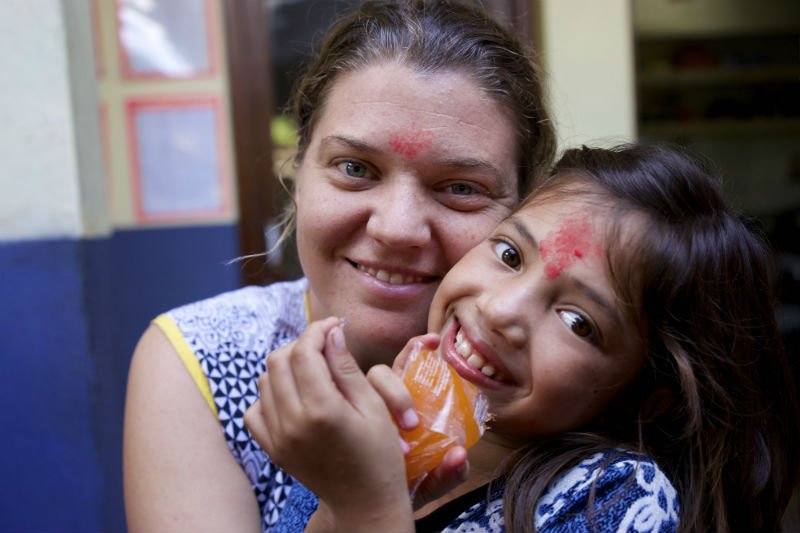 She has received the highest humanitarian honors such as the 2015 CNN Hero of the Year Award, 2014 Unsung Hero of Compassion, and 2013 Forbes Excellence in Education Award, to name a few.

Her story is so powerful, filmmaker, Jeremy Power Regimbal is currently in the midst of a Kickstarter campaign to fundraise for a documentary about Maggie’s humanitarian efforts in Nepal.

Global Citizen had the chance for an email rendezvous with Doyne to ask her about what inspired her to start the BlinkNow Foundation, adopt 49 kids, and what it means to be Global Citizen.

What influenced you to become a global citizen, and champion for the rights of the world’s vulnerable?

I was traveling through Nepal shortly after the civil war ended in 2006 and I met children and heard their stories. There was this one dry river bed that I’ll never forget — I used to walk by it everyday. There were children scattered across it breaking stones for money and on one particular day, I made eye contact with this one little girl named Hima. Hima looked at me and smiled and said, ‘Namaste didi!’ — which means, ‘Hello big sister!’ I saw myself in her eyes and I saw her future, and I just had this moment where I knew I needed to do something. And that something was to provide her with an education. 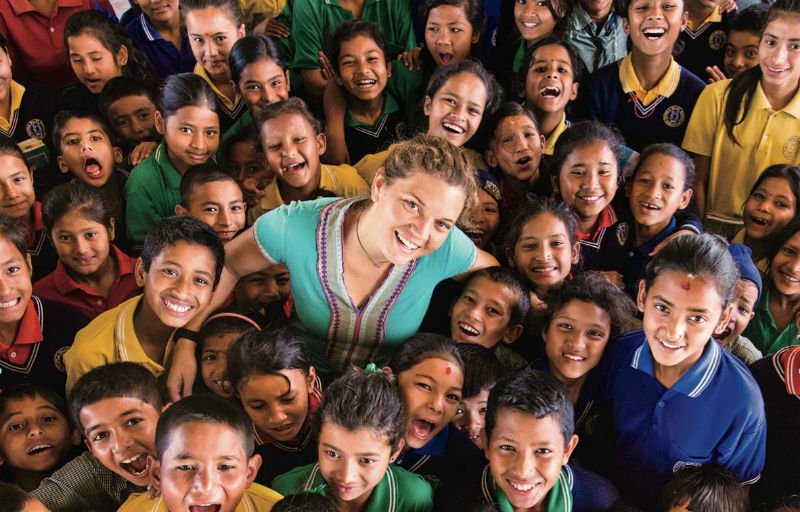 Many people travel abroad, but what about your experience led you to stay, and create a safe space for Nepal’s children and women to thrive?

I thought it would be easier to stay and try to do something to make a difference, than spend the rest of my life being haunted by the fact that I met these children and didn’t do anything for them. When I first started, I had no idea what I was getting into, but it felt right. I saw a problem and I had an idea for a solution — did I know it was going to work? No. But I was willing to try. I think being young may have been my greatest strength. I was young and naïve and unstoppable. As we get older we start to get more doubtful. We think of all the things we don’t have instead of the things we do have. When it comes to helping our world and our human family, it’s important for for everyone to maintain the sense of, “I can do anything.”

Tell us about your children at the Kopila Valley Children’s Home. What’s it like living with 49 children?

It’s so much fun living in our home. [It’s] kind of like constant summer camp and a massive sleepover every single night. Meal time is a little crazy with so many children around the dinner table. You’re definitely never bored. There is always music playing and laughter and games and children running around. I love it. It’s a little slice of paradise for me here. 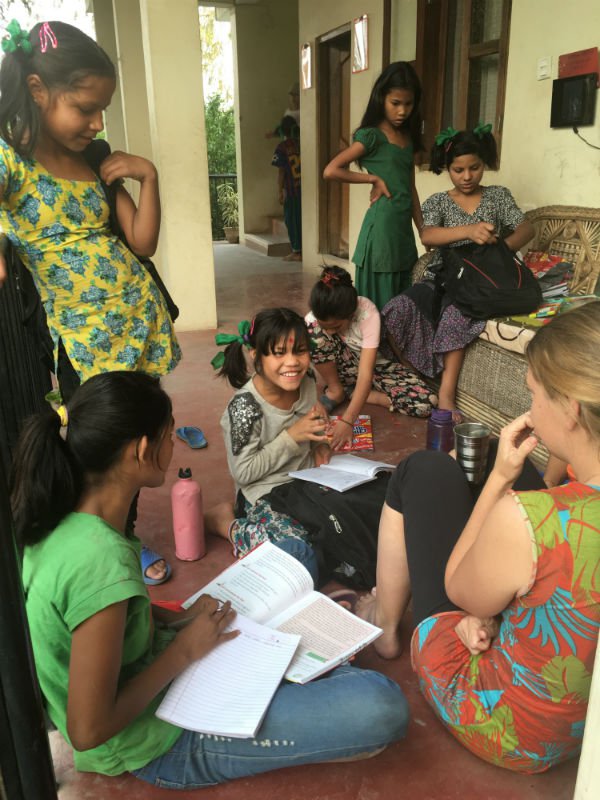 Our little ones are 5 and 6 and our oldest are 16-18 which makes for a really fun dynamic. My 15-year-old son was recently learning about family planning in health class. While we were counting off the kids to make sure everyone was at dinner one night, he looked at me at like number 48 or 49 and said, “Mom, you need some family planning.” I thought that was pretty funny.

To me it means putting the care and well being of our planet and our human family above one’s own personal interests. It means stepping outside of our comfort zones to meet and learn about individuals all over the world — it means having empathy for the experiences of others and an understanding that we are all more alike than we are different.

I think being a global citizen is the beginning of a path toward peace and world change. Being a global citizen is the willingness to be part of a global community and a willingness to work at improving life for everyone, no matter their background. It’s important that we don't put up boundaries between each other. Like, that person is from a different country so they’re not like me and their problems aren’t my problems — we’re all citizens of the same planet, we're all in this together.

What is your hope for education on a global level?

That every child has their most basic human needs and rights met and has a fair chance in life by having an education. Children thrive, communities thrive and economies thrive when children have access to education. It’s a viable way of ending the cycle of poverty and it’s something that all children should have access to. 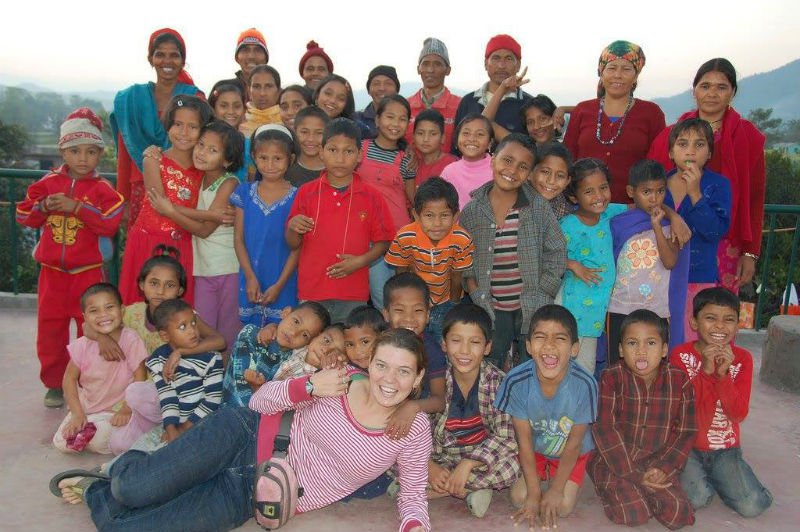 What advice do you have for global citizens who want to help the world’s children succeed in life?

If we can’t care for our world’s children, then what are we doing here?  If you're educated [and] free, empowered [and] safe, you have to use your strength [and] your power to help the rest of our human family. I think we all have the power to create something to make the world a little better. 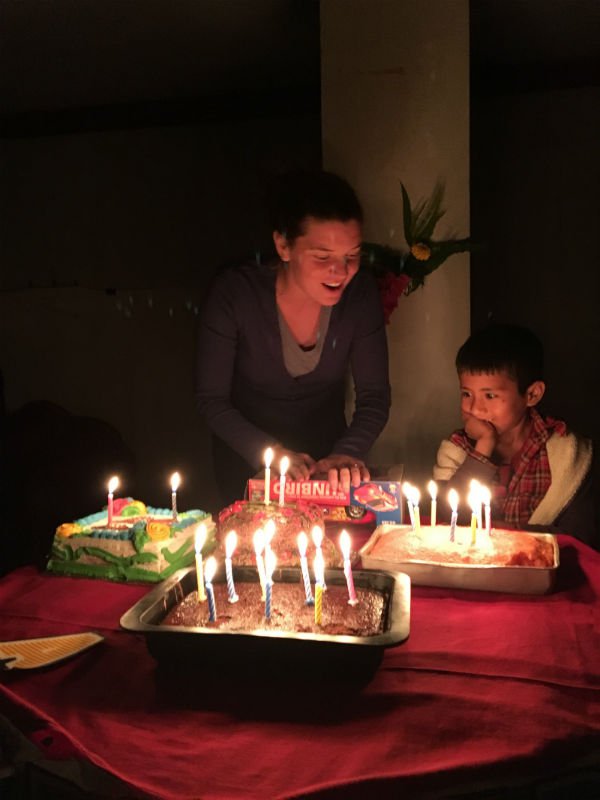