“We’re just one conversation, one smile, one laugh away from connecting with anybody else.”

Flynn Coleman is a Global Citizen in every sense of the word — having lived in more than a dozen countries and traveled to many more in her roles as an international human rights attorney, teacher, and entrepreneur.

As an international attorney she has worked with the Asian Human Rights Commission in Hong Kong and Cambodia, the United Nations High Commissioner for Refugees in Geneva, and United Nations International Criminal Tribunal for the former Yugoslavia, to name just a few of her jobs.

In 2015, she founded Malena, a socially conscious fashion line that focuses on empowering women artisans around the world. Along with selling fashion accessories from scarves to jewelry, Malena supports human rights and provides economic opportunities to local artisans.

Born and raised in California, Flynn completed her undergraduate studies at Georgetown University’s School of Foreign Service. She has also studied Law at the University of California — Berkeley, and received her LLM at the London School of Economics.

She gave a powerful TED talk on the nexus of technology and human rights, and taught a course called “Redefining Success: Mindfulness and the Law” at King’s College London. 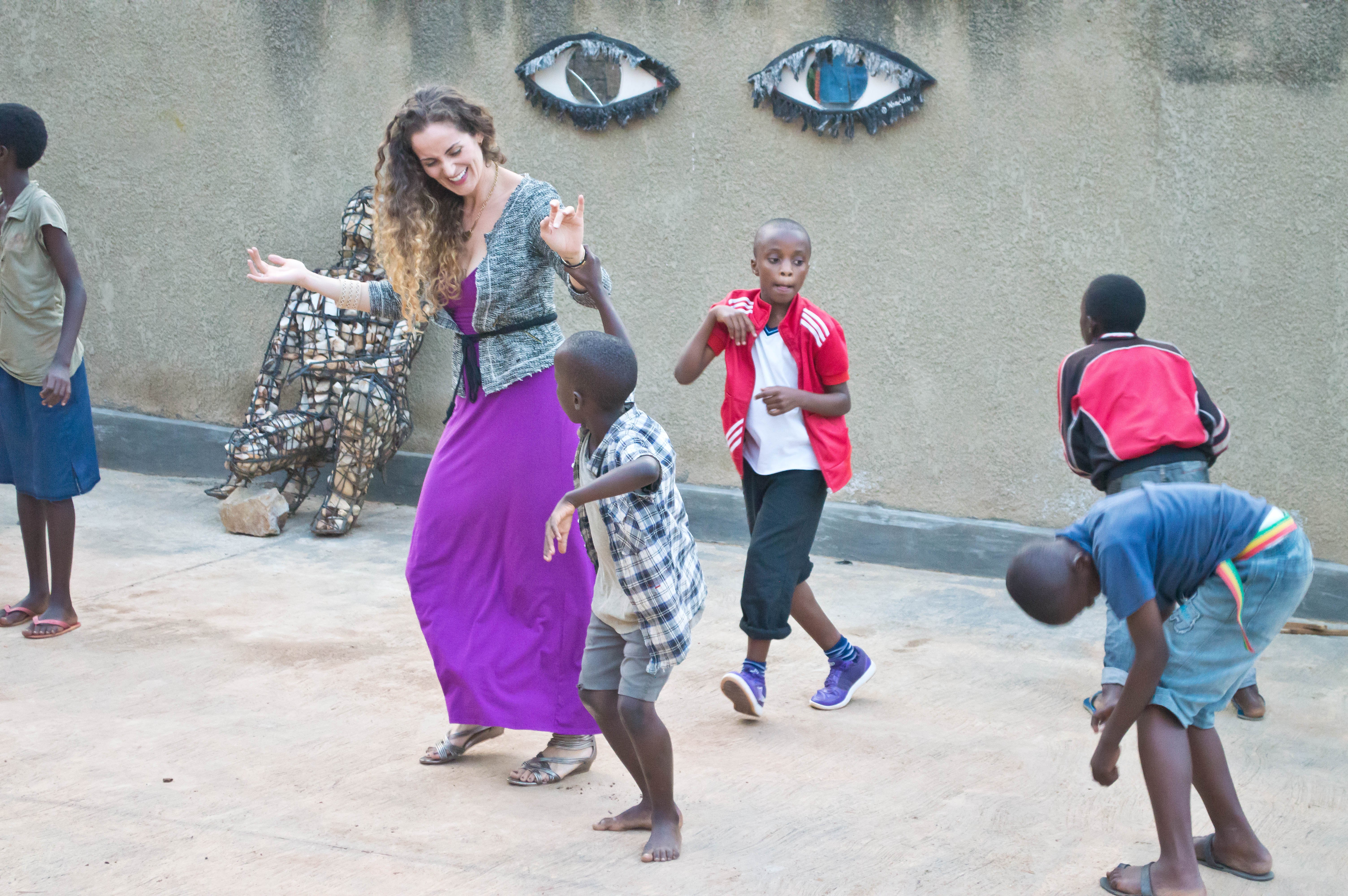 Global Citizen: You’re at a party — how do you describe what you do?

Global Citizen: What inspired you to start working in international human rights?

Flynn Coleman: I believe and have learned along the way that every voice matters and everyone has a story to tell, and so that kind of underlies everything I do.

The first time I lived abroad was when I was 13 years old. I moved to Italy for the summer to play soccer. I lived with a host family that spoke no English, and lived in the middle of a corn field. [The day] they showed up to pick me up [from the airport], we drove hours outside of Rome to this tiny, little cinderblock house. I remember seeing the cat, his name was Figaro, and I just thought, ‘What have I gotten myself into?’

That night … we started hearing all these noises, and it was like music. It was coming from the night, and it started getting louder and louder. There were guitar sounds, and then suddenly the door opened and the entire town had come to welcome me home, and in that moment I realized — our diversity makes us beautiful, but we’re all the same.

We did not speak the same language, but we communicated. [My host mother] had faced a lot of discrimination in her life, I later found out, and I think that was one of the moments where I realized this is our home, this is our planet, we’re all in this together. 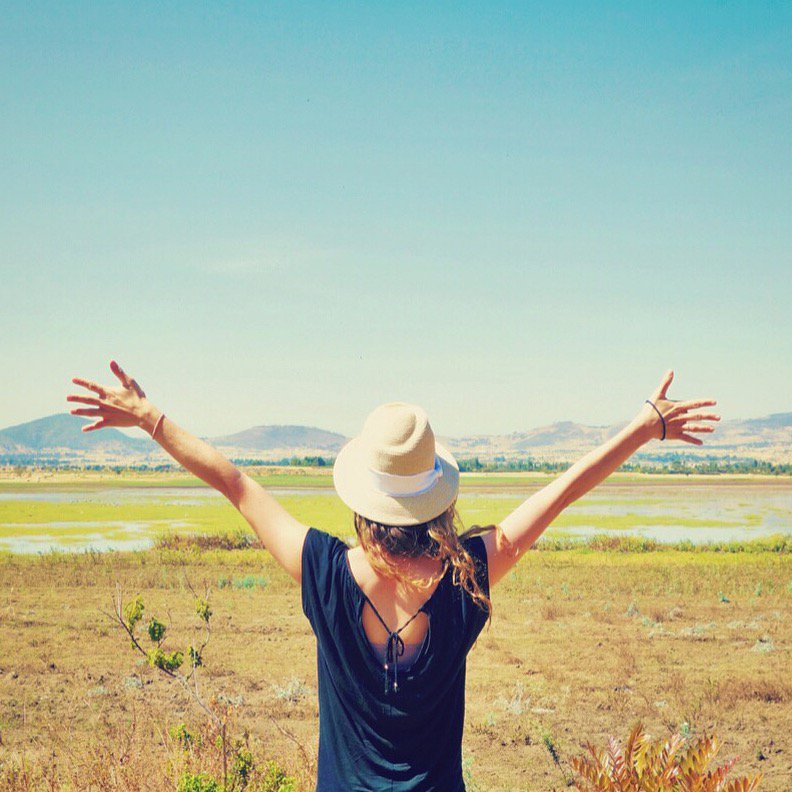 Global Citizen: Where else have you lived?

Flynn Coleman: That was my first time living abroad — I had traveled and did some really fun trips with my family, but that was my first time on my own: pre-cellphone, way pre-internet, pre-social media. The next summer I lived in Fiji, doing some school building projects. I’ve lived in the UK, Dublin, France, Italy, Chile — I did my study abroad in college there — Senegal, Switzerland, Hong Kong, Cambodia, the Netherlands. There’s about 13.

Global Citizen: What are some of the issues that bridge all of these different experiences?

Flynn Coleman: I often say that the most entrepreneurial and creative people in the world are people in the poorest places in the world, because you have to be. In Cuba, there’s a reason every lighter, every car, every machine still works, because they don’t have the option to replace it. You are creative when you don’t have the resources. When you can’t throw money at a problem, you get really innovative and creative because there’s so much to learn there.

Ultimately, all growth, all politics, it’s all local. And that’s what’s so beautiful and fascinating about this idea of being a global citizen — to have that global world view, but to understand that it’s not about me coming in and helping you. It’s about me understanding, ‘How can I empower you to help yourself?’ And I think that’s what I’ve learned. No one saves anyone else. You can’t save someone, whether it’s near or whether it’s far across the globe — you can only say, ‘How can I help you, and be an ally and a partner?’ 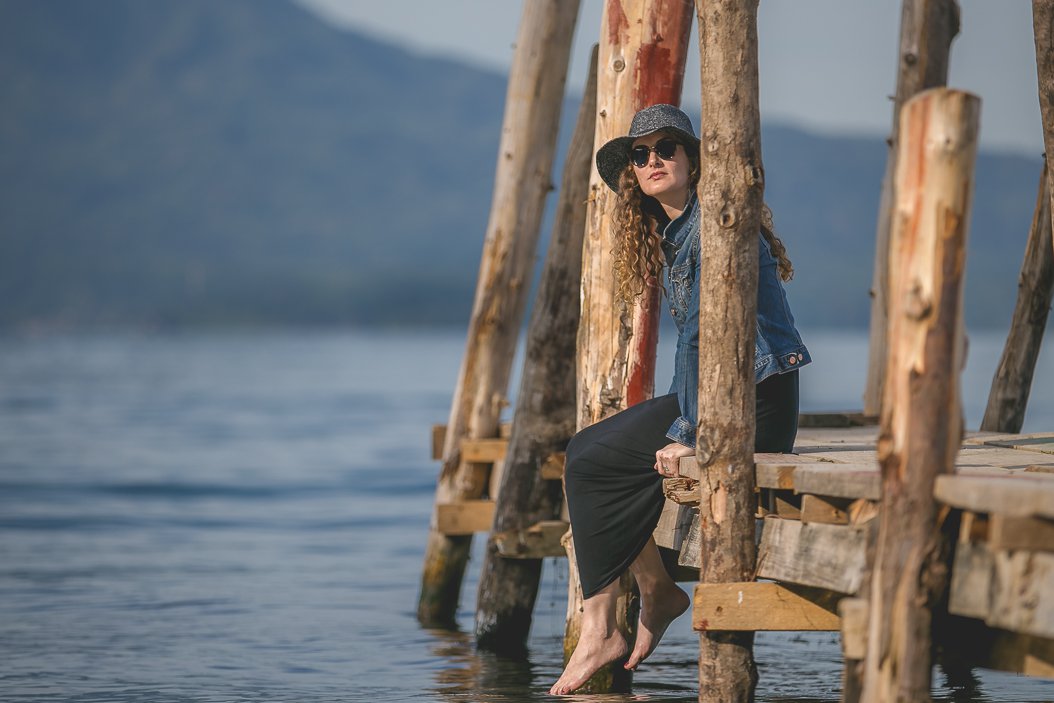 Global Citizen: Are you concerned about an anti-globalization, anti-Global Citizen movement? Do you think that is happening?

Flynn Coleman: What’s really important to always remember is that we’re human beings, and we are wired to survive. We are trained to be afraid of things and people that are different, because we needed, back in the day, to identify really quickly — ‘This is danger.’ So our bodies are trained to ‘otherize.’

For example, eyewitness testimony across race is traditionally very, very unreliable because our brain needs to make quick categorizations without filling in all the gaps — that’s our biology, that’s the mechanics of being a human being, that’s what makes us very flawed. And at the same time that survival mechanism keeps us safe, it keeps us away from fire, away from danger.

So it’s not a good or a bad thing, it’s who we are. Everyone is born with those innate fears, but the journey is [about] always trying to be aware of those, to have conversations, and to always try to choose love instead of fear.  Because my core belief is that we are all equally, and intrinsically, valuable just because we exist.

Everything has a cause and effect. There’s always going to be a counterpoint — that’s how politics happens. In a time of great repression, you’ll also have a groundswell of great, great activism, and creativity. There’s always going to be a global worldview and then a pushback. The only thing we can try to do is have those open, courageous conversations and say, “I might not understand you, I might be different from you, but can you please help me understand your point of view?”

Flynn Coleman: Ultimately, we’re all human beings first. It’s so important to celebrate our diversity, but also to realize that we all bleed the same blood, and that we’re all the same underneath it all.

We’re just one conversation, one smile, one laugh, one thank you, one ‘hello’ away from connecting with anybody else. It doesn’t mean being an international jetset, and understanding how everything works. No one can possibly have all the answers. But it’s taking that bird’s eye global view that, ‘We may disagree or there might be things that separate us but there’s so much more that connects us.’

We’re all in this together. It’s interesting — the connection between poverty and the environment and civil rights and human rights. They’re all connected. I can fight all my life for civil rights, but if I don’t have a planet to live on, what’s the point? I can fight for everyone else’s rights, but if i don’t fight for my own, my well will run dry. They’re all overlapping, and I think that’s what it means to be a Global Citizen.

At the end of the day, we’re all essentially tiny ants floating on a ball in the dark. On the one hand it feels really scary, and on the other hand it’s so liberating, because when you think of the fact that one day all of us and everyone we know will be gone, it can be freeing. It liberates us to be who we want to be and to follow our passions. We are so small, yet so powerful all at once, and we have all of that vulnerability and fear, but we [also] have all of that potential for greatness and joy and heroic deeds, too.