Trading Sex for Fish Is Increasing the HIV Rate in Kenya

'Jaboya' is a common practice in western Kenya and sub-Saharan Africa.

ABIMBO, Kenya, May 9 (Thomson Reuters Foundation) - At midday in Abimbo village on the Kenyan shore of Lake Victoria, 32-year-old Rachel Atieno is busy spreading out her silver cyprinid fish to dry in the sun.

Atieno, a mother of five, has sold the fish since her husband died 10 years ago leaving her to support her family. With no other income, she was left with no option but to trade sex with the fishermen for a share of their catch.

Sex-for-fish, known locally as "jaboya," is common practice in Abimbo village in western Kenya's Siaya County and throughout sub-Saharan Africa.

"This 'jaboya' thing will always be there. In fact, it has increased due to the poverty in our area and those who do it do so because there is no other option," said Atieno.

"You might sell the fish you get today, but spend it on buying food and other basic things, so the next day you have to start afresh," she said.

Siaya is the county with the second highest HIV prevalence in Kenya, with nearly a quarter of the population infected with the virus that causes AIDS.

As the fishermen bring ashore their night-time catches in the early morning, the sight of women buying fish with money is rare. The currency is sex.

"In most cases, the best catch would go to those women who are ready to offer sex," said Atieno as her youngest children read a story book in the shade.

But in Atieno's case, she no longer has to engage in "jaboya" thanks to an income-generating project by the non-governmental group Challenge Africa that has given women like her help with financial planning and access to credit.

Challenge Africa introduced "table banking" to Siaya, a concept in which the organization offers small start-up loans to women that they invest in their businesses, with the aim of bringing back sums that can in turn be loaned out to other members of the group at low interest rates.

"We all initially received a loan of 5,000 Kenyan shillings ($50), and this has enabled me buy the silver cyprinid from the shores and also ensure I have something to put on the table for my children," said Atieno, whose business is now sustainable enough for her to stop trading sex.

"We have also been taken through simple classes on how to balance our books and ensure that we understand profit and loss and how to do business." 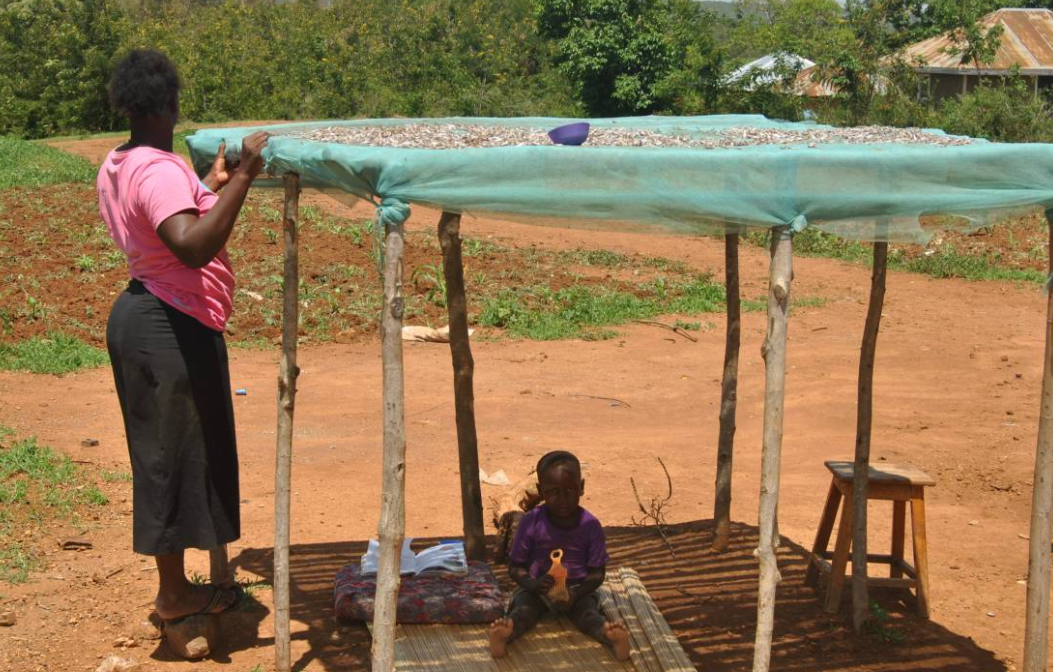 As Atieno speaks, the rumble of generators and the occasional boom of explosives from local gold mines drift across the Lake Victoria shore.

Apart from selling fish, Atieno also cooks for the gold miners, paid for in a scoop of silt from the mine, which she sifts in the hope of finding gold deposits. A single gram of gold sells locally at about 3,000 Kenyan shillings ($30).

"After these trainings, the selected women were each given the $50 loan to expand and strengthen their businesses as those we had selected were the ones that were already running businesses," he said.

"We look forward to giving them a higher sum after they all pay back the loans after making profits."

Ogillo said one of the aims of the project is to curb the high rates of HIV transmission, fueled by the practice of sex-for-fish.

"Here, people believe that HIV/AIDS only happens to people who might have done wrong to others, what they call 'chiraa' and so the issue of protected sex is rare," he said.

"This explains the high rates of HIV prevalence within the community and especially those around the lake who engage in 'jaboya'."

Just two houses away, 40-year-old Millicent Omondi and her 56-year-old husband, Ezekiel Omondi, are stirring muddy water in a basin in search of gold deposits.

Millicent, who is also a member of the women's group established by Challenge Africa, spends her days sifting for gold and then runs a kiosk in the local market in the evening.

"The money I got from Challenge Africa helped me increase my stock at the shop and make more profits," she said.

"Even though my husband has now left fishing to work at the gold mines to raise school fees for our children, we depend on the business for food and other daily household needs," she told the Thomson Reuters Foundation through a translator.

Both she and her husband are infected with HIV - which Ezekiel blames on having sex with other women in return for giving them fish when he was a fisherman.

"I was getting a raw deal from these women because they infected me," he said.

The couple have four daughters. The eldest has graduated from high school and wants to study to be a nursery school teacher. The others are at school and the pair have to work hard to raise their school fees and provide for them.

Apart from helping women like Millicent through the table banking loans, the organization also runs a school and a poultry keeping project.

"The proceeds from the poultry project is meant to ensure sustainability of the project and buy sugar for the children's porridge while in school," Ogillo said.