They’re even inscribed with instructions. 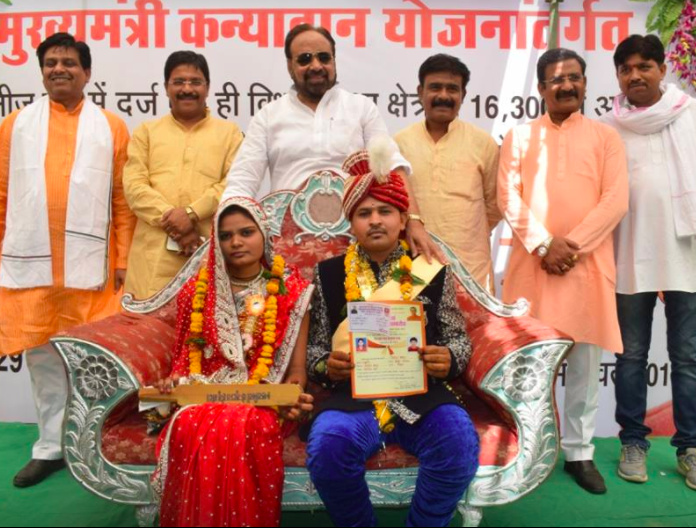 It might not be the gift on every bridal registry this season.

But in India, a local politician showed up to a mass wedding ceremony in the town of Garhakota on April 29 with a gift for each of the 700 brides: a laundry bat, in case they needed to beat their potentially abusive husbands back with a weapon.

Gopal Bhargaya, the minister of Madhya Pradesh, said had been flooded with questions and complaints from female constituents about what to do about their alcoholic and abusive husbands, including one who wanted to know if she could use a laundry plank to beat him back.

"The idea of gifting mogri struck me when a woman asked me whether she should get her husband to stop drinking by beating him with this wooden plank," he said.

Bhargaya decided that he would even give the bats to the brides himself. Inscribed on each bat was a message: “(A gift to beat up drunkards with, the police will not intervene).”

“Whenever I visit any rural or urban area in my constituency, women complain about their husband’s drinking habit. They inform me that whatever little they earn is snatched away by their husband for alcohol. They (women) are also subjected to physical violence,” Bhargava told the Press Trust of India. “The government or police alone would not be able to solve this problem.”

Bhargaya did advise the women to talk to their husbands about the health risks of drinking first, but to resort to the bat if they need to.

The call to arms may seem like a strange suggestion, coming from a local official, but the stunt fits into a broader story of domestic abuse and controversy surrounding alcohol sales in Madhya Pradesh and throughout India.

There’s not much data about domestic violence in India currently available. In 2013, about 120,000 cases of domestic violence were reported, though more cases likely go unreported in the country of 1.3 billion. And in rural states like Madhya Pradesh, the issue is closely linked to another controversial issue: the sale of alcohol.

The chief minister of Madhya Pradesh, Shivraj Singh Chouhan, has proposed outlawing the sale of alcohol in the state. Other states including Kerala, Bihar, and Tamil Nadu have also imposed alcohol prohibition, beginning in 2014, and the prohibition policies have proven to be successful with female voters, according to India’s Financial Express. The policies are even more popular with women from lower classes, where domestic violence is perceived to be associated with alcoholism, according to The Independent.

The bans on alcohol have come with other consequences: a rise in bootlegging and drug abuse, according to the Financial Express.

Chouhan’s proposal to ban alcohol in Madhya Pradesh came just three weeks before Bhargaya brought 700 bats to new brides at the wedding ceremony in the district.