Meet June Sugiyama, a STEAM Pioneer Since Before STEAM Was Even a Thing

“There are always ways to impact your immediate area and make the world a better place." 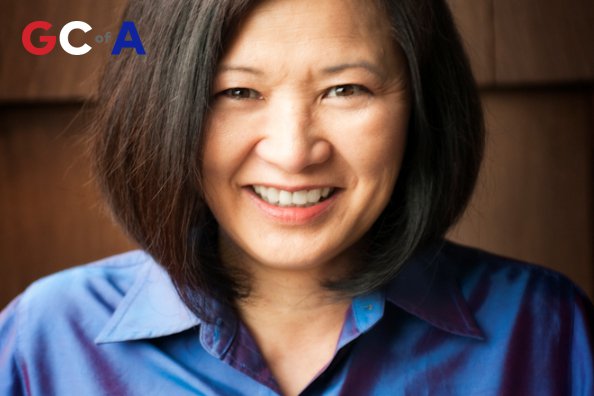 June Sugiyama has no qualms about calling herself a pioneer in the mobile tech industry, a field she’s been in for over 20 years. That’s long before STEAM —  today's trendy term for science, technology, engineering, art, and mathematics — was remotely buzzworthy.

Sugiyama can easily recall the days when top mobile developers thought “talking in your car” was the coolest function of a mobile device. She also remembers a time when gender and diversity were not mentioned in boardrooms, or worse, when she was told they were not important conversations. But that’s a time, thankfully, that has passed.

Today, Sugiyama is the director of the Vodafone Americas Foundation (VAF), a global nonprofit affiliated with one of the largest telecommunications companies in the world. VAF uses the spirit of connection to fund social innovation from issues education, health, and empowering girls. She comes from a lineage of strong individuals. Her father was a survivor of a Japanese internment camp in Poston, Arizona, and Sugiyama is the proud single mother of two girls. She’s one of “40 Women to Watch Over 40,” and actively involved in cultural and social organizations in her hometown of San Francisco.

She is also the mastermind behind the foundation’s Wireless Innovation Project, a competition for innovators working on mobile solutions to the world’s most critical social issues. Past winners include an app that detects birth defects during pregnancy, and another to detect cervical cancer via mobile app.

Global Citizen caught up with Sugiyama at a conference on empowering women, hosted by the US Chamber of Commerce Foundation, where she was a guest speaker during a panel discussion on the future of women and girls in tech. Here’s what Sugiyama had to say about the past, present, and future of women in STEAM fields.

Do you see a growth toward including more women in leadership roles in STEAM?

As far as Vodafone Americas Foundation is concerned we do! That’s what we’re looking for, and it’s really a good thing. When you think about it, it’s been a long time. We didn’t have any initiative to support women for our foundation here in the US, but I pushed it through the board, and our CEO made a commitment.

From a Vodafone corporate perspective we launched a program last week tied to International Women’s Day around bringing women back into the workforce. So women who had left, taken a break, to raise children, be home, whatever it may be, we made commitment to hire 1,000 women to be part of our Reconnect Program globally. We’re doing that by talking to our HR teams, globally, and having an eye for these strong candidates who are getting overlooked by many other companies because they’ve had a few years of gap in resume.

But as far as grown women, adult women, and the support system I’ve found a few programs but really not that many. I’ll be really interested to find more programs that support women in tech and women in leadership.

What advice do you have for GC on empowering girls in STEAM fields?

It’s really good for girls and women to see themselves in the big picture. In order to make an impact they need to also start with what they can deal with and what they can work with in their immediate areas.

For example, through Vodafone Americas Foundation partner Technovation, a group of girls in India got together and created a solution for the poor they see rummaging through junkyards, who are looking for something to sell. Instead of going to door to door, which is a hit or miss solution, they came up with an app  — like Ebay —  where they can sell the car bumper they found. Then they can find a buyer to rendezvous when they sell. Another set of girls in the US came up with a concussion protocol system on mobile. This allows coaches, players to tell if a player has been injured might have a concussion and it’s connected to local hospitals.

There are always ways to impact your immediate area, and I think that goes on to the bigger picture in making the world a bigger place. 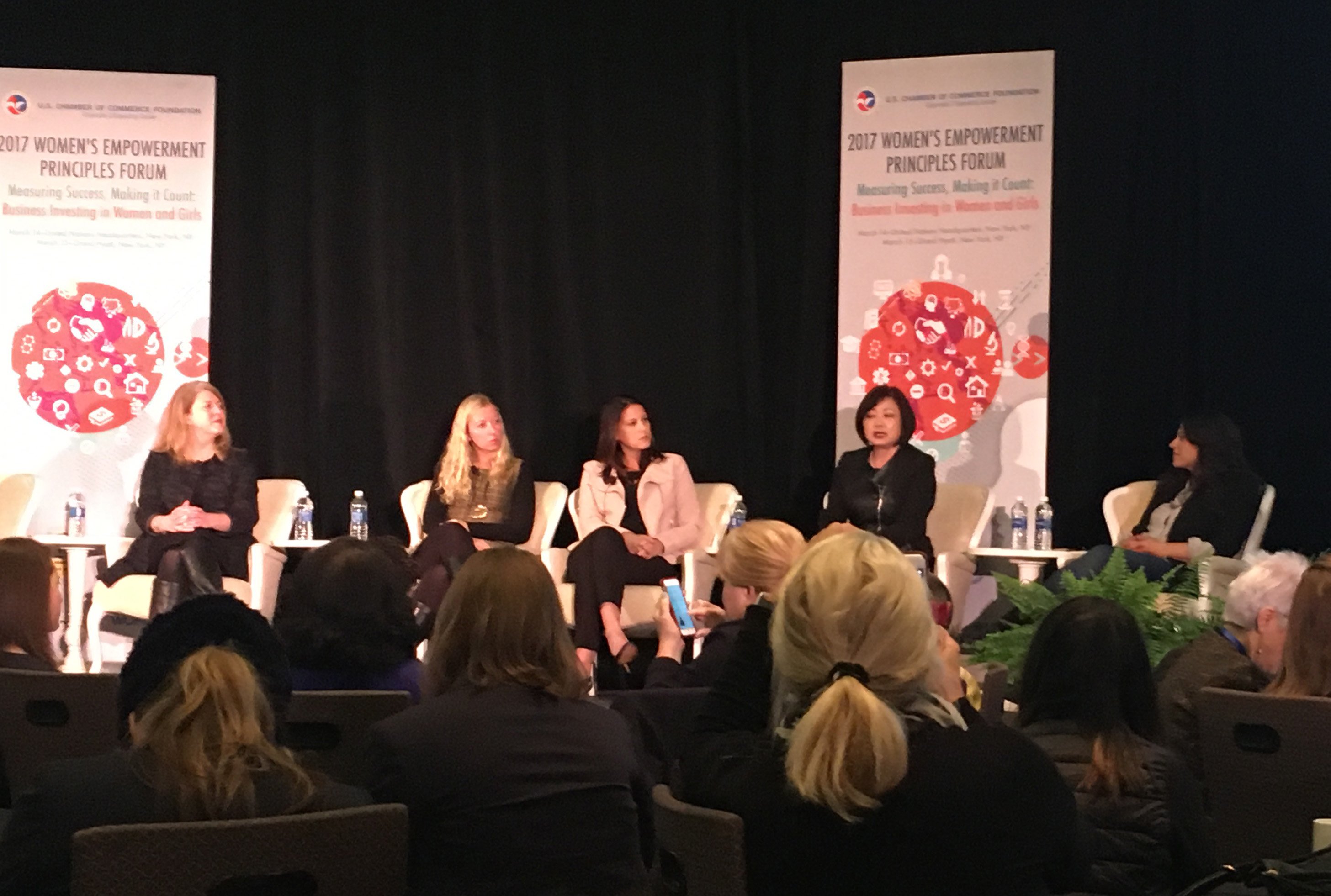 Why is the Wireless Innovation Project so important?

Mobile is all around the world. It’s on the corners that we can’t really reach, and it has really been a wonderful tool to deliver services, like mobile money, financial education for the unbanked, all the way to healthcare delivery or sanitation.

My board members and I, were putting our heads together thinking how can we be effective with what we’re trying to do...so we thought of this competition system where people come to us, rather than we go from one university to another. What’s great is it’s not just for universities but it’s also for NGOs, and real grassroots solutions, because they are the ones out in the field. It’s a real grassroots type of solution they come up with out of real need. Some of them are really crafty in the solutions they put together.

What success have you seen?

We just recently conducted a study on some of our innovation project winners and 62% have reached market, meeting the goal of reaching the people they intended to help.  Venture capitalists only expect a 25% success, so with the small number of winners that we have, I think we’re really reaching success.

I can tell you about some of the interesting stories of our winners.

There are always ways to impact your immediate area, and I think that goes on to the bigger picture in making the world a bigger place.

We have a project winner that uses an attachment to mobile devices that can see the back of the eye, and this is used to detect diabetes. And the same folks who came up with the eye disease diagnosis, can prescribe eyeglasses.

Here in this country you go and get your eyes tested in these big machines. That’s not available in poor countries. But by having this tool in a mobile, you’re able to have all those tools available in a small phone...This impacts people a lot more than we even imagine.

What advantages can women bring to STEAM innovation?

I find that women are all more focused on the real needs, and that the people in need tend to be more women than men. Women are really able to target in on what the problems are and hone in on a solution.

I also think women are very good at being creative in getting funding from different sources, whether it’s organizations like the Vodafone Americas Foundation or others. For example, some of Wireless Innovators Project winners have gone on to be able to fund their program by winning challenges like the Gates Challenge. I can’t say all of those are women, but certainly, some are women, and I think they have a certain perspective on the needs of women.

During the empowering women in STEAM  panel,  the need to uncover data on gender in STEAM fields so that we can fill these gaps was emphasized. You said: “I’ve been around long enough, that I was once told to take ‘gender issues’ off those reports.” What was that like?

That was disappointing. Like I mentioned, I’ve been around a while, more than 20 years, and so the business environment has really changed. In those days where my leadership was telling me to do things like erase gender data, I don’t think I felt I had any recourse.

But you know, I’m not the only one during that time to have to contend with things like that. It was in the days where women were mainly in administrative supportive positions. We didn’t see women in areas of leadership, even in HR or finance. It has taken a while, and it’s time.

Women are really able to target in on what the problems are and hone in on a solution.

Now, in order for companies to be effective, they need to keep track, they need to support women in their workforce and be equally supportive to everybody.

And to have gender data on hand is really important. Today, in conferences like this, to be able to talk about gender, it’s really a sign of the times. And because of the times, we need to take action.

This interview has been edited and condensed for clarity.