Musicians and politicians have united in tribute to the late MP. You can download the track now. 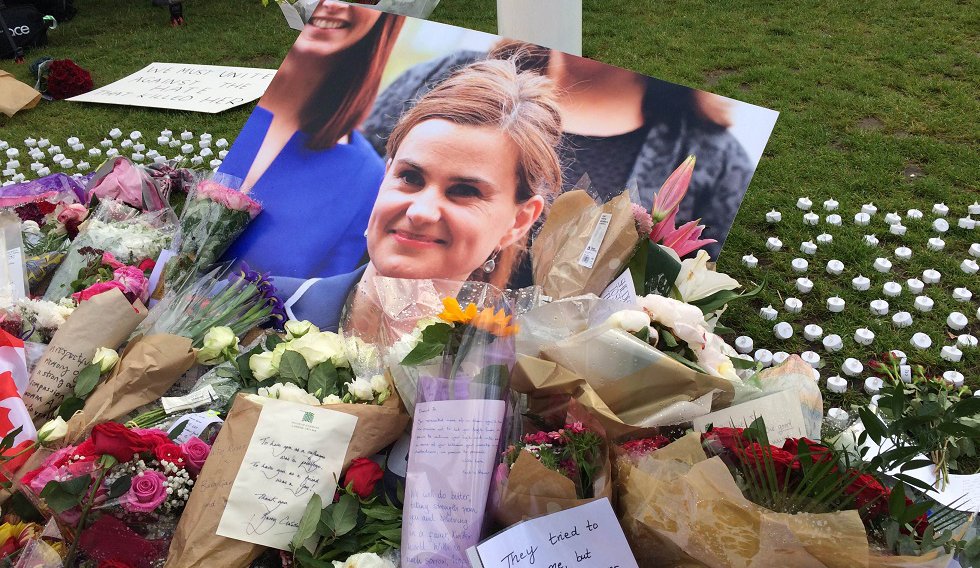 Exactly six months ago today, the world lost a fearless activist. The late Jo Cox, mother of two and Labour MP, was killed by far-right extremist Thomas Mair in the run-up to the EU referendum. But she will not be remembered for her death; it’s everything she stood for in her life that will last.

Cox worked tirelessly to support those affected by conflict in Syria. Given the calamitous events that have unfolded in Aleppo this week, her commitment to the cause is an example all must follow.

'You Can't Always Get What You Want' by #FriendsOfJoCox out Dec 16 on @ChrysalisRecs! Preorder now - https://t.co/PsmvJC1ZlA#JoCoxpic.twitter.com/8xBzNi4Wm8

In her memory, musicians and politicians alike have come together to get Cox to Christmas #1, the top of the singles chart during the week of Christmas. Parliamentary rock-group MP4, featuring MPs Kevin Brennan, Rt Hon Sir Greg Knight, Pete Wishart, and former MP Ian Cawsey, have joined forces with musicians including KT Tunstall, David Gray, Steve Harley, and Ricky Wilson from the Kaiser Chiefs to record a cover of the Rolling Stones classic “You Can’t Always Get What You Want”. There are 20 MPs in the choir on the track as well, including Tracy Brabin, who replaced Cox in Batley and Spen.

You can buy the track right now. Download it, talk about it, leave your laptop on overnight streaming it. All money raised will go to the Jo Cox Foundation, set up to champion the issues she so passionately fought for.

"Sadly our late colleague Jo Cox will not be celebrating Christmas this year with her family,” he said. “I'm sure (the Prime Minister) will join me in encouraging people to download the song which many members helped to create - a tribute to Jo's life and work and in everlasting memory of her."

Jeremy Corbyn and Theresa May encourage people to download the single for the Jo Cox foundation #PMQshttps://t.co/1e5x4Di2jS

"You are absolutely right to raise this issue”, Prime Minister Theresa May responded. “I'm sure everybody in this House wishes to send a very clear message: download this single for the Jo Cox Foundation”.

The Chancellor for the Exchequer, Philip Hammond, agreed to waive VAT on the single too.

Of course, there are also many other noble causes to support this Christmas. The London Hospices Choir is releasing bookies favourite “Living Years” with Paul Carrack, whilst Gareth Malone will return once more after his Bieber-backed success with the NHS Choir last year.

One Day Without Us, a campaign that calls for a national day of action on Feb. 20 in support of migrants and refugees, is releasing a whole album to fight the rising tide of racism. Even the X Factor winner’s single is donating all profits to charities Together For Short Lives and Shooting Star Chase. Just don’t ask us who actually won it.

So what are you waiting for? Support the single now.