A New FGM Case Is Reported in the UK Every Single Hour, Says New Study

FGM is a British problem too. 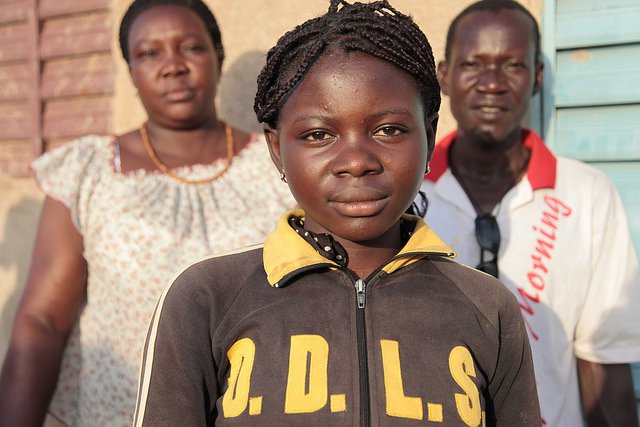 A case of female genital mutilation (FGM) is either discovered or treated at a medical appointment in England every single hour, according to a new report from Plan International UK.

FGM is the procedure where female genitals are “deliberately cut, injured or changed” without medical justification. It is understood to be a non-religious practice. Between April 2015 and March 2016 there were 8,656 assessments for FGM in the UK, taking place, on average, every 61 minutes. A new record of FGM was reported every 92 minutes from these assessments.

Female genital mutilation has NO health benefits, only harm.

Monday is a day to raise awareness of work to #EndFGMhttps://t.co/iaNyYQ8f2rpic.twitter.com/RGyoEfAhrS

Today is the International Day of Zero Tolerance for Female Genital Mutilation, recognised by the UN to raise awareness of the issue. Around the world, 200 million women and girls are affected by FGM. In the US, the number at risk to FGM has more than doubled in the last 10 years, whilst approximately 700,000 girls are subjected to the procedure in the EU.

In the UK, there is yet to be a successful FGM prosecution, despite the fact it has been against the law since 1985. The Home Affairs Select Committee has previously labelled this failure a "national scandal".

It's the Int'l Day of Zero Tolerance to Female Genital Mutilation! How can you help #endFGM? First, know the facts. https://t.co/WR7mAbZYLApic.twitter.com/vyL5z1V2Jl

Today, the Red Triangle campaign will be launched, running until International Women’s Day on March 8. The National Police Chief’s Council has partnered with Freedom, a charity battling UK FGM and forced marriage, to encourage people to come forward with relevant information to the police. A letter outlining the severity of the practice has been sent to every police force in the country, whilst 13,000 Red Triangle posters have been circulated to promote the campaign.

“Through education we can stop FGM in a generation”, said Aneeta Prem, founder of Freedom, speaking to the Guardian. “Through teaching we can explain the long-term health dangers and dispel the myths that have kept this barbaric practice alive. The help of boys as well as girls is needed to change opinions.”

To drive home the importance of eliminating the procedure for good, a youth charity from Bristol made a music video, called #MyClitoris, finding fans in the likes of writer Caitlin Moran and pop-star Lily Allen. The video was shot in response to a controversial article in The Observer, entitled “An Agonising Choice”, that recommended some forms of cutting should be permitted in controlled settings as a compromise to encourage progress. Many have criticised the article, with anti-FGM charity Orchid Project calling it “grossly irresponsible”.

Read More: UK Steps Up Fight to Eliminate Violence Against Women and Girls

“It irreparably damages girls’ bodies, inflicting excruciating pain. It causes extreme emotional trauma that can last a lifetime,” the statement reads. “It increases the risk of deadly complications during pregnancy, labour and childbirth, endangering both mother and child."

“It robs girls of their autonomy and violates their human rights. It reflects the low status of girls and women and reinforces gender inequality, fueling intergenerational cycles of discrimination and harm… Let us make this the generation that abolishes FGM/C (female genital mutilation/ cutting) once and for all.”

It’s time to recognise that FGM is a global crisis. Too often, the issue is projected outwards, deflecting that the problem exists in the Western world too. But now, it's a problem that can no longer be ignored. The facts don’t lie: FGM is a British problem, and requires immediate action. Every hour counts.