There is nothing to celebrate about FGM. 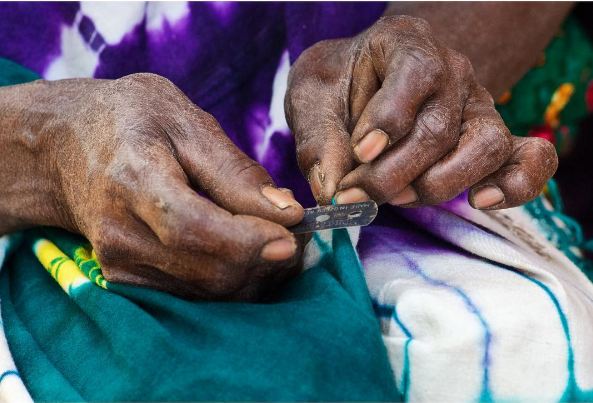 Girls are attending FGM “parties” in cities across England, according to reports from one health charity.

The Black Health Initiative in Leeds told the BBC that midwives are deliberately being flown in from Africa to cut girls in group ceremonies.

"What we're finding now is that where once girls were taken abroad to be cut, specialist midwives are now flown over and several girls are cut at the same time, which then leads to a celebration,” said Heather Nelson, chief executive of the Black Health Initiative.

Speaking to Global Citizen, Nelson explained that as communities are becoming more aware of stricter border control policies to prevent young girls from being taken out of the country for FGM, some families are deciding to have their girls cut in the UK.

“A number of families will pool their money together and fly over a midwife to perform the procedure,” she said. “It’s more economical this way.”

“In some communities, there is also a celebration at the end. Some see it as a rite of passage.”

While the claims may be shocking, the practice of celebrating FGM is widely and deeply held. In parts of southern Kenya, the event is marked with ceremonial rituals and feasting that involves the whole community. Seen in part as a “coming-of-age” tradition marking the transition to womanhood, FGM is more than a clinical procedure, but one that leaves physical and psychological scars.

Read More: “I Was the Only Girl in My Village to Avoid FGM”'

For many “cutters,” FGM is not only a long-standing tradition, it is also a valuable source of income. In Sierra Leone, where more than two-thirds of people live in poverty, one cutter claims she receives £140 GBP for every girl she cuts. When economic need is combined with ancient tradition, the challenge of eradicating FGM multiplies.

FGM is officially banned in 42 countries, but in many of these the practice persists on a large scale. In Egypt, 91% of women and girls under the ages of 15 and 49 have experienced FGM. In Somalia, this jumps to 98%.

Eradicating FGM requires efforts to counter the cultural traditions and beliefs that surround it — including the belief that the harmful procedure is something to celebrate.

In the UK, non-profits like Daughters of Eve and FORWARD provide holistic support for girls and women from FGM-practising communities, and campaign to raise the issue on the government’s agenda. The UK Home Office recently organised the “Ending FGM” forum to coordinate efforts to end FGM at home and abroad.

There is currently no reliable data on the full extent of FGM in the UK, but research from London’s City University estimates that there are 137,000 women in England and Wales who have been subjected to the procedure. Between April 2015 and March 2016, 5,700 new cases of FGM were reported in the UK, which amounts to 16 cases reported every day. The news that FGM “parties” are taking place in the UK is a sign that continued effort is needed to engage communities in wiping out the practice.

“We work closely with communities and we hear a lot but ultimately FGM is illegal in this country so people will not out rightly admit it,” says Naana Otoo-Oyortey, Executive Director of FORWARD, explaining the challenge in identifying incidents of FGM in the UK.

“We can only continue to work closely with girls, women, and men from affected communities so we continue to hear of what is happening,  and we can continue to engage with these communities and also key professionals (health care, social workers and education professionals) to ensure girls are safeguarded from undergoing FGM in the first place.”

Until FGM is eradicated the world over, there will be nothing to celebrate.