But will the lesson stick? 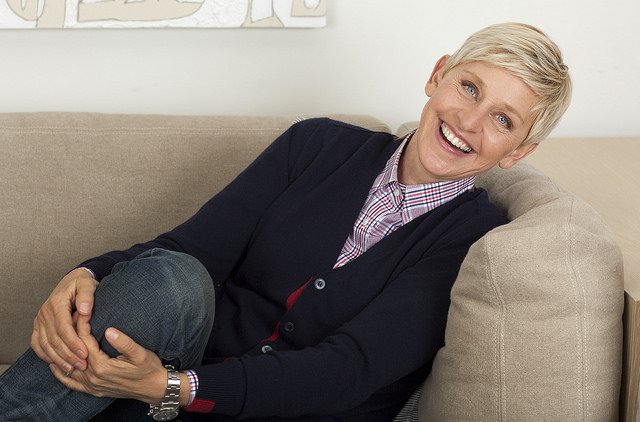 Many found it odd that Donald Trump chose to screen "Finding Dory" (2016) at the White House Saturday, considering the film’s themes of embracing multiculturalism and differences between individuals (specifically those with disabilities).

The irony seemed overwhelming, and no one took Trump to task better than the film’s star, Ellen DeGeneres.

During her show on Monday, DeGeneres directly challenged Trump’s continued promise to build a wall along the US-Mexico border and most recent executive order banning immigration from seven Muslim-majority countries. She used the film’s plot to explain the importance of open-mindedness and compassion:

“Dory lives in Australia. These are her parents, and they live in America. I don’t know what religion they are but her dad sounds a little Jewish – it doesn’t matter,” she jested. “Dory arrives in America with her friends Marlin and Nemo and she ends up at the Marine Life Institute behind a large wall. And they all have to get over the wall. You won’t believe it, but that wall has almost no effect in keeping them out.”

“Even though Dory gets into America, she ends up separated from her family,” DeGeneres continued. “But the other animals help Dory. Animals that don’t even need her, animals that don’t have anything in common with her. They help her even though they’re completely different colors, because that’s what you do when you see someone in need – you help them.”

Co-star Albert Brooks also pointed out the contradiction between Trump’s policies and the film choice.

Odd that Trump is watching Finding Dory today, a movie about reuniting with family when he's preventing it in real life.

Trump’s promise to build a border wall has caused controversy since the campaign trail with concerns over the message it sends, how much it will cost, and who will pay for it. Trump maintains Mexico will pay for it but Mexican President Enrique Peña Nieto has repeatedly denied the country will do so.

Most recently, Trump’s executive order freezing immigration for 90 days and banning immigration from seven Muslim-majority countries has been met with widespread opposition from civilians and politicians alike. Implemented in the name of national security, the travel ban has directly prevented individuals with valid visas and green cards from reuniting with their families.

Angela Merkel criticized the action earlier this week, reportedly calling Trump to explain how international law, binding through refugee conventions to which the US is a signatory, obligates the US to take in refugees. DeGeneres is now joining the fight.

DeGeneres began her monologue with a disclaimer that, “I don’t get political,” though that’s not completely true. In May, 2008 she debated gay marriage with Senator John McCain who was running for president at the time.

In hindsight, DeGeneres won that battle. Let’s hope her side wins the current one, too.