Obama Wants You to Keep Protesting: ‘American Values Are at Stake’

The former president is “heartened” by the increase in civic participation since the inauguration. 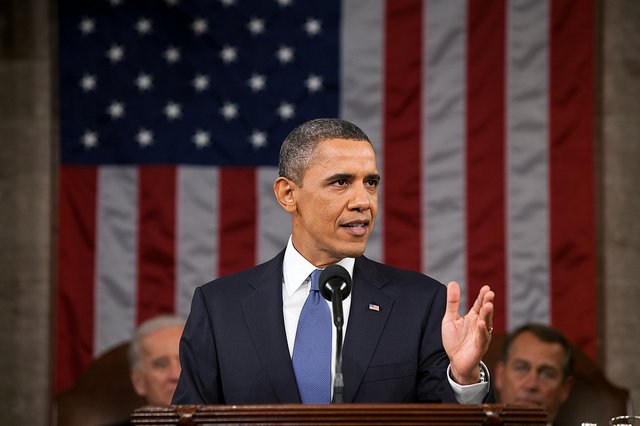 The former president is “heartened” by the increase in civic participation since the inauguration.

In his first official statement since he left office, former President Barack Obama struck a note of hopefulness but also sounded an alarm at President Donald Trump’s new policies.

The former president, according to a statement from spokesperson Kevin Lewis, is “heartened by the level of engagement taking place in communities.”

Obama’s short message also included a not-so-subtle dig at the Trump administration, which has come under fire for its executive order requiring the “extreme vetting” of refugees.

“Citizens exercising their Constitutional right to assemble, organize and have their voices heard by their elected officials is exactly what we expect to see when American values are at stake,” the statement read.

Protests at more than 30 international airports and in major cities across the United States erupted this past weekend, following Trump’s announcement that his administration would ban all refugees from entering the country for 120 days.

Though Obama did not mention Trump directly, Lewis also indicated that “the President formally disagrees with the notion of discriminating against individuals because of their faith or religion.”

Before stepping down from the presidency, Obama was made clear that he intended to “be quiet for a little bit” in his first year out of office, and that he would only chime in if America’s “core values” were threatened.

“I’ll be paying attention,” Obama told the host of “The Daily Show,” Trevor Noah, in December. “I’ll be a citizen of this country that I love deeply.”

But if today is any indication, Obama is still fired up, ready to go.