If found guilty, perpetrators will spend 5 to 15 years in prison. 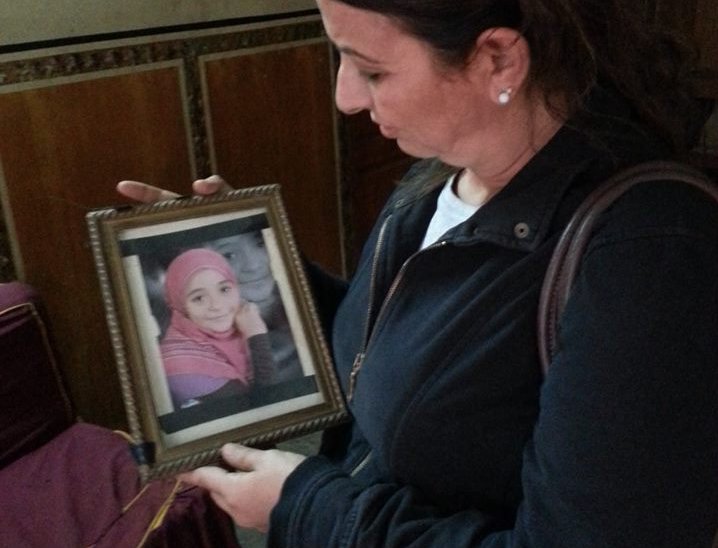 Equality Now's Suad Abu-Dayyeh looks down at a photo of Sohair, 13, who died after Dr. Raslan Fadl performed FGM in Egypt.

A new law in Egypt for which practitioners of female genital mutilation can face up to 15 years in prison is now in effect.

The new law states that anyone caught practicing cutting of female genitals (also called FGM) can face between five and seven years in prison. If the FGM carried out results in a death or disability, the sentence can be up to 15 years.

The Ministry of Health will oversee and monitor health clinics and hospitals for cases of FGM.

The new laws are an improvement from previously lax penalties against FGM.

FGM has been illegal in Egypt for just nine years. Prior to this new law, those who were found guilty of performing FGM faced a sentence of between two months to three years.

Though FGM was banned by the Ministry of Health in Egypt in 2007, the practice remains widespread.

Amending laws that oppress girls and women is one of the strongest ways to secure gender equality, which Global Citizen and CHIME FOR CHANGE, in partnership with Equality Now advocate for in our #LeveltheLaw campaign. Our partner, Equality Now has been instrumental in both seeking justice for victims of FGM, like Sohair, and campaigning to change the law around FGM in Egypt. They, along with organizations in Egypt have called on the country's government for over three years to effectively legally enforce the ban on FGM. Finally, the government has answered. This new law also provides hope that society and cultural norms will change throughout Egypt to protect girls and women from a violent practice with no medical benefits.

Part of the new law also says that anyone who forces a female to undergo FGM can face between one and three years prison time — a penalty aimed at family members, such as parents and grandparents who impose FGM on young daughters. This part of the law aims to decrease the social and cultural norm of FGM between generations.

In 2003, 94% of women had undergone FGM, and 69% pass the brutal tradition onto young daughters according to the World Health Organization. In 2016, 92% of Egyptian women have undergone and 35% of mothers say they will have their daughters undergo FGM.

Though this may seem slow progress, the law will be a strong force of justice against those cutting and harming girls through FGM, which only one year ago was not the case.

In January 2015, Egypt convicted and sentenced the first FGM practitioner — Raslan Fadl was found responsible for the death of Sohair al-Batea, 13, who died after Fadl performed FGM. Fadl served only three months of his two year sentence.

Now, thanks to Egypt’s new law, doctors like Fadl will not be able to perform FGM and just serve two months.

The law is a positive step forward highlighting quick changes for Egypt, and one that we can all hope will prevent the tragic loss of life for young girls subjected to the dangerous practice of FGM.