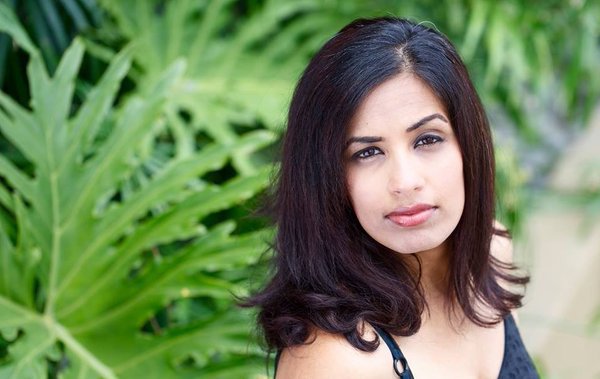 Mariya Taher almost didn’t share her name with the world when confronting her past experience undergoing female genital mutilation (FGM).

At 7-years-old, Mariya’s family took her on a trip to India. This trip was not a routine family vacation. Instead, she went on “vacation cutting.” Once there, Mariya’s female relatives took her into an empty building in Mumbai. She felt a sharp pain and remembers crying, then being comforted by her mother after the FGM procedure was over. Surrounded by family and loved ones, she was extremely confused by what had just happened to her. Later she would learn her sister had the same procedure, though it occurred in the US, not India.

Mariya’s cutting in India, also known as khatna, had such a strong impact. It compelled her to take action.

Mariya founded Sahiyo — an organization aiming to end FGM through education, including men in the conversation and empowerment. Through Sahiyo, outspoken Mariya advocates to end FGM. Appearing on camera took more courage than she anticipated however.

She was apprehensive about using her real name and showing her face for an interview with ABC News for fear her family would be ostracized for their decision to cut Mariya.

“I don’t want to be judged for having undergone female genital cutting or viewed as a victim. I felt though, it was important to let people know it happens in the United States,” she told ABC News.

She overcame fear of judgment a year later. To Mariya, realizing the power of storytelling helped her find courage to share her identity with the world. She also advocated to end FGM on the basis that it is a human rights violence and child abuse.

Most girls experience FGM between infancy and age 15, before they are able to consent to FGM.

More than 3 million girls are at risk of undergoing FGM each year. The health complications can range from mental health to difficulty urinating and increased risk of childbirth problems according to the World Health Organization.

Sahiyo's Mariya Taher talks about her experience at the Women Deliver 2016 Conference. https://t.co/tvL0YTO58ipic.twitter.com/xOxWtjCnYw

For countries like the US, (or EU countries trying to accommodate an influx of refugees from countries like Somalia, with rates of FGM as high as 98 percent) efforts to combat FGM practices at home can be lacking as lawmakers and developed countries begin to wake up to the global scale of this issue. That’s why Mariya is advocating for laws against FGM in Massachusetts.

513,000 women in the US were at risk for FGM or it’s consequences according to the US Centers for Disease and Control in 2012. This could even be a low estimate.

“It is a very difficult thing to track because of the secret nature,” Mariya says in the interview.

Mariya remains optimistic FGM will end. And legislation in the US is taking steps toward ending FGM.

There was a law passed in 2013 at the federal level in the US banning FGM, and sending girls abroad for FGM. In 2015, Congress passed the “Zero Tolerance for FGM Act.”

Awareness, education and inclusivity of men in discussions to end FGM need to be promoted on a community and global level to prevent an estimated 86 million girls from FGM by 2030.

Courageous women like Mariya provide solid groundwork for the world to follow in the fight to end FGM.