“Let this be the last,” said Alan Kurdi’s father one year ago. 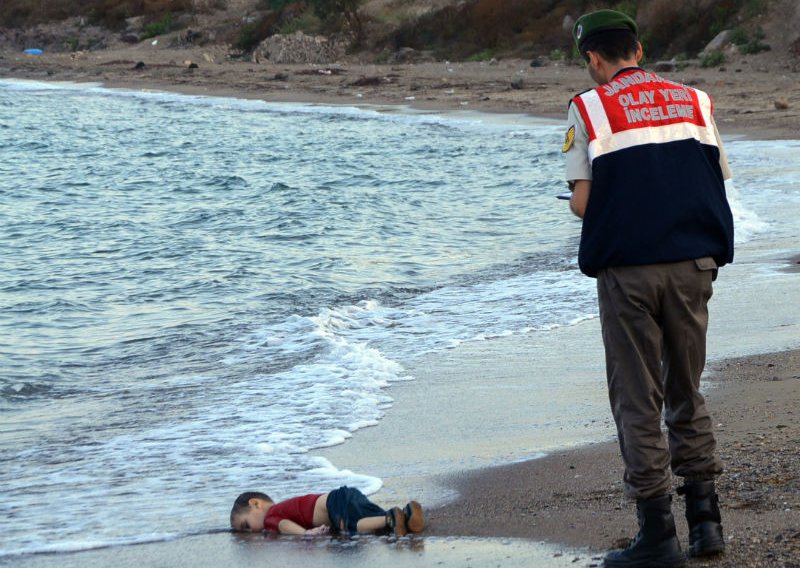 One year ago, 3-year-old Alan Kurdi drowned and his small body washed onto a beach off the shore of Bodrum, Turkey. His family was fleeing Syria trying to cross the Mediterranean Sea, as 800,000 refugees have done since.

At the time of his death, his father who also lost his wife, Rehan, and his other son, Galip, cried out to the world, asking humanity to make sure no father goes through the pain he suffered again.

Since Alan’s death, 5,700 refugees have died while on routes to freedom. 500 more people than last year have drowned in same crossing as Alan Kurdi died.

The viral image of Alan Kurdi, which sadly but finally sparked global interest in the refugee crisis, was not the last to make it’s way around the world either.

Most recently, a photo of Omran Daqneesh a five-year-old boy sitting alone in the back of an ambulance covered in blood and dust after just barely escaping death in the collapsed building he was in circulated throughout global media. His brother died two days later.

“The photo is unique because it is universal. Just a dust-covered boy sitting on an orange chair. He looks like he could be anyone’s boy, come in from the outside, though shell-shocked and bloody,” saidNew York Times editor Craig Allen.

“This could be anyone’s child. He looks like he could be sleeping, but the reality is so far from that,” said Lynsey Addario, a photojournalist whose images have graced the cover of TIME, and other publications reaching millions, and documents the refugee crisis of the image of Alan Kurdi.

The universal nature of these images got the world’s attention over the past year.  Now, these images should ignite a universal call to action to fulfill Alan Kurdi’s fathers one wish from a year ago — no more children who go missing, drown in the sea, or die from airstrikes on buildings in Syria.

"At first the world was anxious to help the refugees. But this did not even last a month. In fact the situation got worse. The war has escalated and more people are leaving. I hope that all the leaders of the world can try and do good and stop the wars, so that the people can go back to normal life," said Abdullah Kurdi.

Today, Abdullah Kurdi urges world leaders to keep doors open for migrant and refugee fleeing conflict. Today, the world has the chance to join his call and do the same.

Read More: Ai weiwei and the Overlooked Children of the Refugee Crisis