Ai Weiwei and the overlooked children of the refugee crisis

Every moment that the refugee crisis continues, the tragedy of Alan continues. 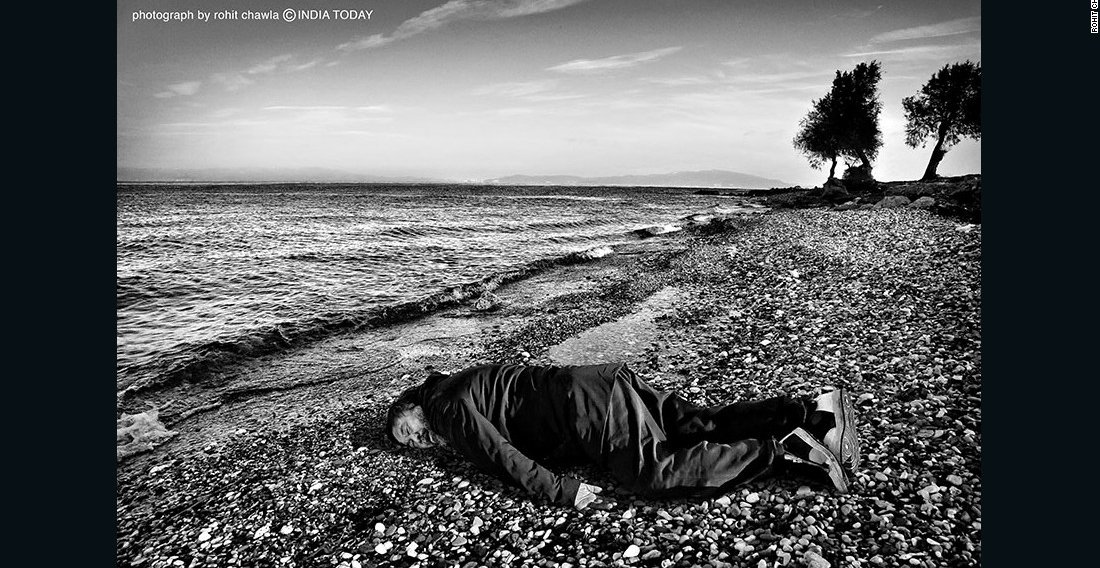 The Chinese artist and dissident Ai Weiwei has been camped out on the Greek island of Lesbos for the past several months.

Lesbos is one of the primary sites of the Syrian refugee crisis. It is here, on rocky shores, that hundreds of thousands of people have crawled from flimsy boats, heavy with hunger, thirst and exhaustion, scared sick from a perilous journey that is nowhere near over.

And it is here that the world finally woke up to the unfolding tragedy, when 3 year old Alan Kurdi was photographed slumped among rocks, drained of life after drowning on his way to safety.

This photograph went on to galvanize a massive humanitarian response. The response has since faltered, but the memory of Alan still haunts and shames people around the world.

Weiwei wants to make sure the image doesn’t fade. He wants it to be seared on the global consciousness. So he reenacted it the other day.

His work is known for bringing exaggerated dimensions to overlooked tragedies. He forces people to contend with something they would rather bury.

And so he brought the body of a man--his own--to the familiar scene of Alan. It’s a reminder of the collective responsibility that people have to one another. How when one child is allowed to drown after fleeing a war, the blame lies with everyone.

“They are very brave people. I see babies, moms and young men and old men. They sacrifice all they have.” –@aiwwhttps://t.co/XCHkGvFnoE

From afar, such numbers can be hard to grasp.

But when you drill down, the depth of the trauma becomes clear.

European authorities just announced that at least 10,000 young migrants are unaccounted for. And this is just one estimate. Save the Children recently said that at least 26,000 child refugees traveled to Europe last year without an adult.

Because refugees tend to live in the shadows, so many children are at risk of being pulled into gangs and underground economies.

Imagine what it’s like to be a refugee child all on your own. Your family and friends may have been killed in war. Everything you grew up knowing is gone. You’ve already endured an unimaginably difficult journey to Europe and, when you arrive, you realize that you know nobody and nothing about the society you find yourself in.

In such a vulnerable state, it’s easy to come under the sway of anyone promising anything better than what you have.

And so, many of the missing kids will be forced into prostitution and criminal activity. They’ll avoid going to the authorities for help because they’ll fear being deported (and the criminal groups will actively stoke these fears).

Their already degraded childhoods will be further ruined.

This is how one crisis evolves into another: when the turmoil of one place travels to another, when the suffering of a people is never relieved.

World leaders are gathering in London this week to rally that support and turn it into actual funding. The price of not doing anything, of refusing to deal with the problem, will be far steeper.