One in three Afghan girls are married before age 18. 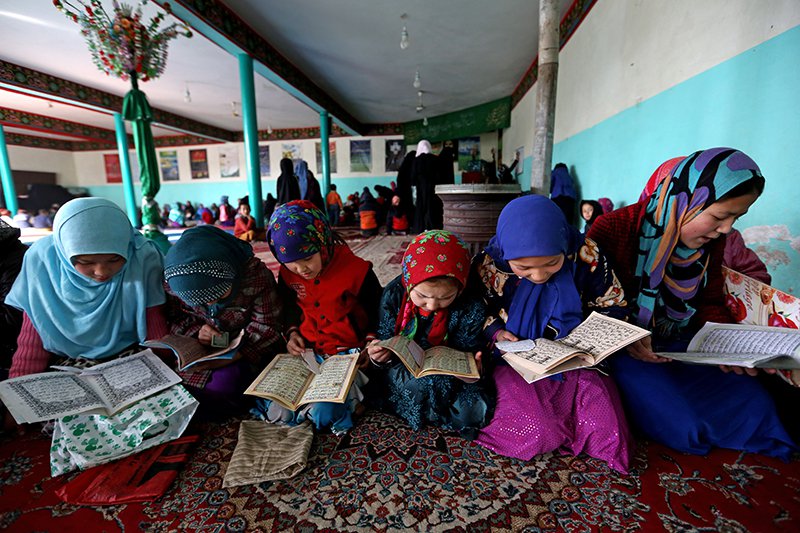 One in three Afghan girls are child brides.

In Afghanistan, one in every three girls is married off before they reach the age of 18, a staggering statistic showing how endemic child marriage is in the country.

But, perhaps, not for long.

On Wednesday, the Afghan government launched the “National Action Plan to Eliminate Early and Child Marriage.”

This is a huge step forward for the country, which joins Malawi, Mozambique, Gambia, and others in enacting a countywide plan to eliminate child marriage.

Current Afghan law states that girls can marry at 16 (15 with parental permission), and boys at 18.

Take action: Call for an End Child Marriage in Tanzania

The plan was developed by the National Ministry of Women and Ministry of Information and Culture, marking a key step forward for action addressing the challenges and root causes of child marriage in Afghan culture according to Girls Not Brides, a global partnership of organizations from 90 countries that aims to end child marriage.

The plan comes nearly a year after national meetings in Kabul in 2016 kicked off a draft of the plan, and four workshops were held ahead of the draft to ensure public opinion was heard and included into the new approach, according to the United Nations Population Fund.

Poverty, patriarchy, and lack of access to education are the primary influencers of child marriage in Afghanistan, says Girls Not Brides.

The country also currently has two cultural practices that perpetuate the problem: “baad,” when marriage is used to settle feuds between families, and exchange marriages, when a marriage is used to marry off two girls from separate families, essentially trading daughters to sons in each family.

“Those who have not reached their legal age should not be married, because they do not have the ability to withstand a pregnancy and it risks their lives; because of this the maternal mortality level in Afghanistan is quite high,” Rula Ghani, first lady of Afghanistan, said.

Kenneth Neufeld, the Canadian ambassador to Kabul, added that with education, instead of early marriage, girls can contribute to the community and the whole country will benefit.

Globally, 700 million women were married before the age of 18. The practice is deemed an act of human rights abuse by the UNFPA. In recent years, efforts to change laws and to develop programs encouraging the benefits of delaying marriage have helped slow the trend, though more can be done.

Fortunately, with the country’s new plan rolling out, families can learn to prioritize girls’ education and delay marriage. With more resources, programs, and support for families there is hope that Afghanistan can be successful in eliminating such a harmful practice.

And the results could be great, according to officials.

“If the program is implemented, then we can control violence against women and children in the country,” Spozhmai Wardak, deputy minister of women’s affairs said.