11 Creative Protests That Really Took Things to the Next Level

From launching dirty diapers to spraying milk cannons, these protests were perfect. 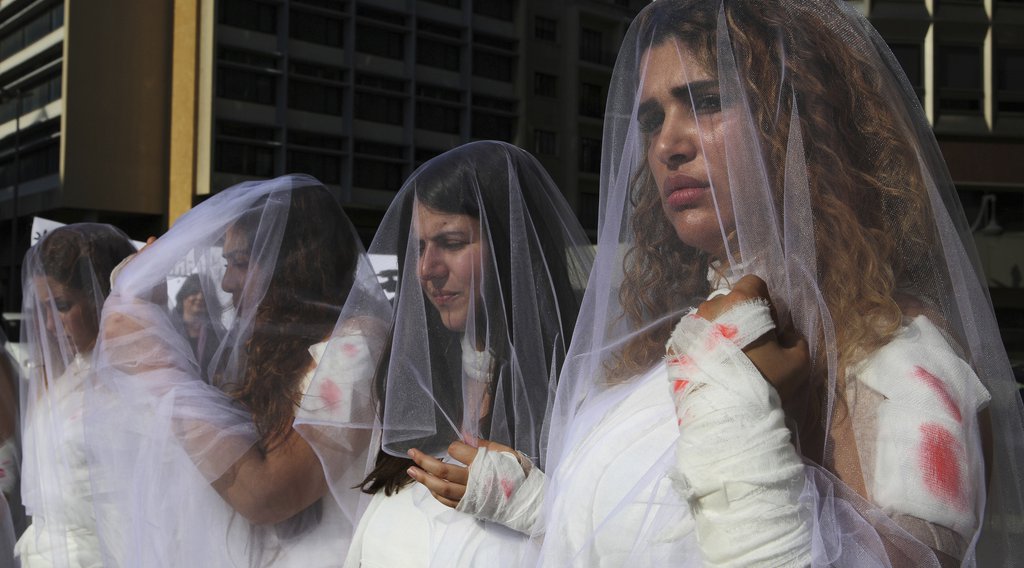 Some of the most effective and widely covered protests in the past few weeks have been the ones that were — how should we put it? — less conventional. Like when LGBTQ protesters staged an impromptu dance party outside Vice President Mike Pence’s house or when Yemeni bodega owners shut their doors in protest of President Donald Trump’s proposed travel ban.

But none of this is new. Around the world, creative people have been finding new ways to voice their opinions and concerns publicly for years.

Read more: Obama Wants You to Keep Protesting: ‘American Values Are at Stake’

What has changed is that, since the early 2000s, the amount of protests worldwide is growing at a ridiculous rate. The Occupy movement, fueled in large part through social media, brought protesting into the mainstream in 2011. By 2017, the Women’s March saw more than 4 million protesters around the world hitting the streets in one day.

Protesters looking for inspiration in 2017 might be well-served by taking a look at these amazingly creative protests, past and present.

We mentioned this one earlier, but the LGBTQ dance party outside of Vice President Mike Pence’s D.C. residence deserves a second look. Pence, who in 2006 said that gay couples were emblematic of “societal collapse,” led the charge on “religious freedom” legislation that allowed for discrimination on the basis of sexual orientation.

Hundreds are dancing to @rihanna outside of VP Elect Mike Pence's DC house to protest what they view as his anti-gay policies. pic.twitter.com/Kim1nbAjHi

The backlash by the LGBTQ community against Pence, who now holds the second-highest public position in the country, culminated in a raucous, well-attended protest outside of Pence’s suburban home in the Washington D.C. area, replete with both twerking and political organizing.

2. Activists read a politician a letter with a bullhorn to get the message across.

During the Senate hearing for Attorney General Jeff Sessions earlier this week, Sen. Elizabeth Warren attempted to read a letter from Coretta Scott King opposing Sessions on account of his less-than-illustrious civil rights history. Warren was unable to finish reading her letter, however, due to an rarely-used slander law pertaining to comments made on the Senate floor. Mitch McConnell, Republican majority leader, banished Warren from the hearing, saying: “She was warned. She was given an explanation. Nevertheless, she persisted.”

Concerned citizens, anxious to have the rest of the letter recited to all, including McConnell, brought the protest and the letter to the majority leader’s front door, reading it in full through a bullhorn outside of his house.

3. Protesters throw dirty diapers at a political headquarters in Mexico.

Using slingshots, like the ones used to hurl t-shirts at screaming fans at sports games, protesters in Mexico slung 1,000 dirty diapers at the offices of President Enrique Peña Nieto’s ruling party, the Partido Revolutionario Institucional (PRI), last week. Called the pañalazo, the protest was meant to “give the PRI back all the shit they’ve given the government and the country with their corruption and impunity.”

4. Protesters bang pots and pans to address corruption in Argentina and Venezuela.

If the intention is to deafen the opponent, this tactic works like a charm. The South American tradition of holding cacerolazos, in which protesters take to the streets banging pots and pans, actually dates back to the early 1970s in Chile. In that time, food shortages led people to turn their empty utensils into weapons of mass mobilization.

5. Women dress up as bloody brides to protest a rape law in Lebanon.

In November 2012, thousands of angry farmers came together at the European Parliament in Brussels to protest an EU policy that forced local farmers out of dairy markets. When it seemed like the police might prevent them from getting closer to the building, the farmers opened fire on the police with their milk cannons.

After France temporarily banned large-scale demonstrations in light of last November’s terrorist attacks, environmental protesters took a different approach. They simply left their empty shoes in the Place de la République in Paris as a mark of what the protest could have been. Pope Francis even mailed in a pair to show his support.

8. A brave journalist chucks his shoes at President Bush.

An Iraqi journalist protesting the War in Iraq threw both of his shoes at US President George W. Bush in quick succession at a press conference in 2009. He was sentenced to three years in prison.

9. Protesters wash the national flag in Peru to clean up corruption.

Peruvian men and women took the symbolic measure of cleaning up corruption very literally, when in 2000 they protested President Alberto Fujimori’s re-election campaign by washing the national flag. According to TIME, this protest went on for months! Talk about some clean flags.

When a 20-year-old university student in Turkey was raped and killed in 2015, Turkish and Azerbaijani men did the right thing — taking to the streets in skirts to protest gender-based violence.

11. Women fight the power from the bottom up, with tops off.

In the US, three states outright ban toplessness for women, without a single law pertaining to men doing the same thing. On August 28, 2016, known as “Go Topless Day,” women confronted this double standard with the simple act of taking their shirts off en masse.

Similar protests have taken place in Brazil, France, and yes, even Russia.