NYC Bodegas Are Shutting Down to Protest Trump's Travel Ban

Ham and cheese with a slice of democracy. 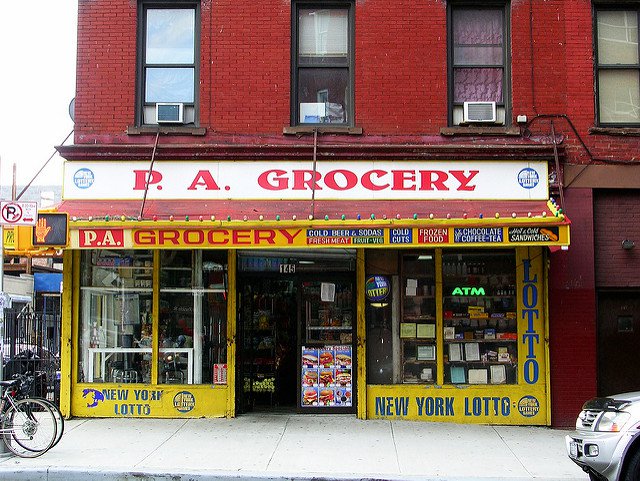 Bodegas — those little grocery stores with the colorful awnings that dot city blocks across New York City — are about to shut down in an act of solidarity and protest.

Today, an estimated 1,000 bodega owners will lock their doors at noon and take to the streets in protest of President Donald Trump’s travel ban.

The resistance is led by Yemeni American shop owners across the city, many of whom have had family affected by the travel ban. Yemen is one of seven majority-Muslim countries explicitly targeted by the ban, with visa and green card holders banned from reentering the country for at least 90 days.

And New Yorkers are taking notice.

This is how we #resist. Led by Yemeni business owner, NYC bodegas will shut down Thursday to protest #MuslimBan. https://t.co/eS6UPTu03k

The #bodegastrike is brilliant. Also, I appreciate that the hours are from 12-8, bc so many kids wouldn't have breakfast or lunch otherwise.

In protest of the #MuslimBan, NYC bodegas will shut down from 12-8pm tomorrow. I have never loved #NYC so much. #BodegaStrike#Yemen

I support the #BodegaStrike. No justice. No chopped cheese.

Remember the #BodegaStrike is today, NYC. If your local bodega is participating, come back when they reopen and support them however you can

Bodegas are a familiar sight across the city: their yellow awnings a beacon of hope for hungry commuters, their aisles and shelves stocked with consumer goods from toothbrushes to takis.

The Bodega Association of the United States has estimated that there are around 16,500 bodegas in New York, about 85% of which are Latino-owned.

In 2017, the “bodega,” the Spanish word for warehouse, has become a stockroom for citizen democracy, following in the footsteps of the National Park Service and women everywhere.

After closing their doors, shop owners will gather at 5:15 p.m. at Brooklyn’s Borough Hall to share their stories of immigration and to protest Trump’s restrictive immigration policies.

“This shutdown of grocery stores and bodegas will be a public show of the vital role these grocers and their families play in New York’s economic and social fabric,” organizers wrote in a post on Wednesday.

“We are civil servants and we have been here for decades and we have built ties with the community,” Zaid Nagi, a member of the Yemeni American Coalition, told Spin Magazine. “You should know that these are people who are being hurt by these orders and they want the world to hear they have been hurt.”

Read More: Trump’s Immigration Ban Could Cost US Economy as Much as $71 Billion

In 2010, the US census estimated that there were around 30,000 Yemeni Americans, making them the 8th largest Arab American population in the US.

The Council on Foreign Relations has estimated that a ban on immigrants and refugees could cost the US economy as much as $71 billion.

Immigrant and refugee populations, with their purchasing power and contributions to entrepreneurship across the country, have an opportunity to frame their resistance in terms the Trump administration may be partial to: economics.

The Yemeni bodega ban is a small-scale version of this economic argument. And it goes well beyond taking away your bacon, egg, and cheese sandwich.