A member of the Navajo Nation tribe shows off her "I Voted" sticker in Window Rock, Ariz., Aug. 28, 2018.
Cayla Nimmo/AP
Citizenship

Driving 100 Miles, and Other Ways It’s Harder for Native Americans to Vote

They have the lowest voter turnout of any minority group. Here’s why.

Native Americans rank lower than any other ethnic group in the US for voter turnout, and it’s not because they’re less passionate about voting. There’s a long history of changes in voter rights laws in several states which has made it harder for them to take advantage of this constitutional right.

This has serious consequences: In 2008, Native Americans had the lowest percentage voter turnout among any minority group. According to a report from think tank Demos, only 78% of Native Americans who were registered turned out to vote that year. That’s compared to 92% among black registered voters, and 84% of Hispanic voters.

While Native Americans gained citizenship rights in 1924, new laws in Arizona, Utah, Nevada, North Dakota, South Dakota and Alaska some states still pose challenges for Native Americans to register to vote and complete the task of casting their ballot.

Many of these state law changes started when the US Supreme Court changed a portion of the Voting Rights Act — allowing states to make their own alterations to voting laws without federal approval. Proponents of such laws say they help decrease voter fraud, despite there being little evidenceof any fraud existing. Critics of these laws say they’re intended to suppress the votes of minority voters who, despite their best efforts, can’t meet the demands of the new laws.

The consequences have been severe in states across the country for some the most vulnerable demographics of voters. Disabled, poor, uneducated, black, and other minority groups who are already largely marginalized are the most affected.

And for Native Americans, this has led to lawsuits and pushback from tribes across the country.  Here is a look into where and why Native Americans are fighting to exercise their right to vote.

The reservations in Arizona can span 27,000 square miles, making it really difficult to physically get to a polling station on Election Day. Therefore absentee ballots are a preferred method of voting. But because Arizona requires a fixed address — which don’t always exist on reservations — more than 528 voters had their status changed to “suspended” in 2013.

“[Policymakers] don’t understand,” said Patty Ferguson-Bohnee, director of the Indian Legal Clinic at Arizona State University’s Law School. “They just think everybody can just walk out to the mailbox, or make a telephone call, but life isn’t like that in a lot of places in Indian country.”

Read More: In a Win for Democracy, Courts Strike Down Voter Laws Across US

Some states with voter ID requirements, like North Dakota, offer tribal ID cards for Native Americans — but at a cost. Though only $10, it’s not that different from the controversy over polling taxes which disproportionately affected the poor.

"Ten dollars is three pounds of hamburger and some macaroni for a family," said Richard McCloud, chairman of the Turtle Mountain Band of Chippewa Indians.

Elvis Norquay is another member of the Turtle Mountain Chippewa Indians, fed up with voting restrictions impact.

In 2014, after voting for more than 37 years, he was turned away and told he was not able to vote because he had no state-issued ID. His tribal card did not have an address, preventing him from qualifying to vote. He banded together with five other tribe members, filing a lawsuit against the secretary of state in US Supreme Court of North Dakota saying their right to vote was affected by the new ID requirements. 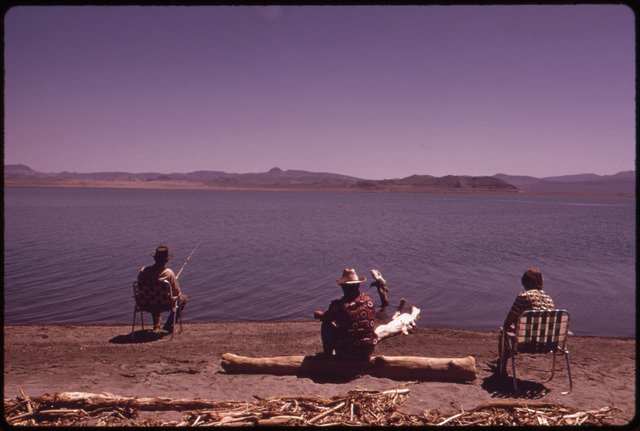 In Nevada, some Native Americans would have to travel between 70-96 miles to get to a poll station. Because Native American tribal lines differ from state and county borders, the polling locations can be hundreds of miles for some people. That was the case for two tribes in rural Nevada, a small but key voting demographic.

Citing disenfranchisement — members of the Pyramid Lake and Walker River Paiute tribes in Nevada filed a lawsuit against Nevada’s Secretary of State, Rep. Barbara Cegavske, after their request for early voting and satellite polling stations was denied due to financial costs.

Last week, Judge Miranda Du ruled in favor of the tribes. She ordered the setup of emergency satellite polling stations closer to the Pyramid Lake and for poll stations to include early voting near Walker River.

Read More: Voting in Nevada: Everything You Need to Know 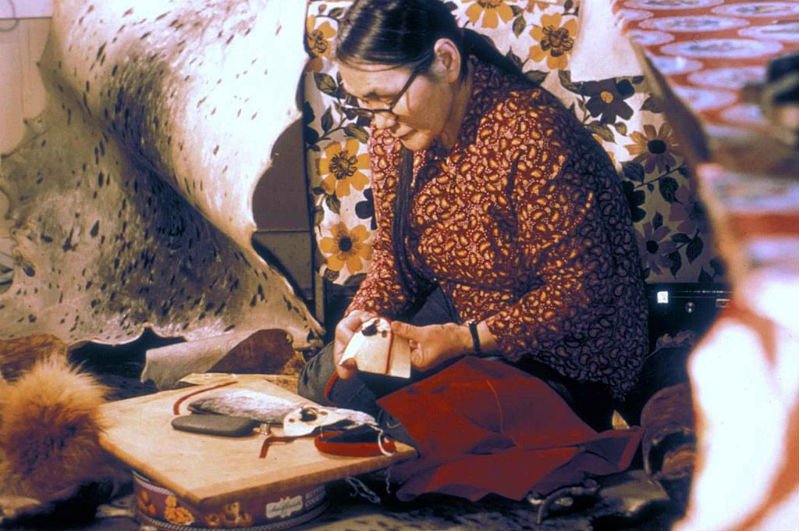 Sifting through election material is tricky enough. Imagine going to vote, but your native language is left off the ballot. That was the case for Native Alaskans who speak Gwich’in and several Yup’ik dialects. So they filed a lawsuit to gain expansion of programs to increase training for bilingual election workers, and expand outreach between those with limited English-language proficiency. The lawsuit led to U.S. District Court Judge Sharon Gleason ruling in their favor to set up more programs.

Voting should be easier than travelling 100 miles, having to pay to get new identification, and facing barriers to prove legitimacy of an address for Native Americans.

The US was once home to more than 50 million Native Americans and Alaska Natives. Today, this group of people is now a minority with a demographic of just 1.6%, but their numbers are expected to reach 8.6 million by 2050.

Before then, we must ensure that voting is easier and more accessible for all, especially those currently held back.

We need everyone to vote in this year’s US presidential election —  especially those already carrying the burden of poverty, and social injustice.