The story behind the hashtag. 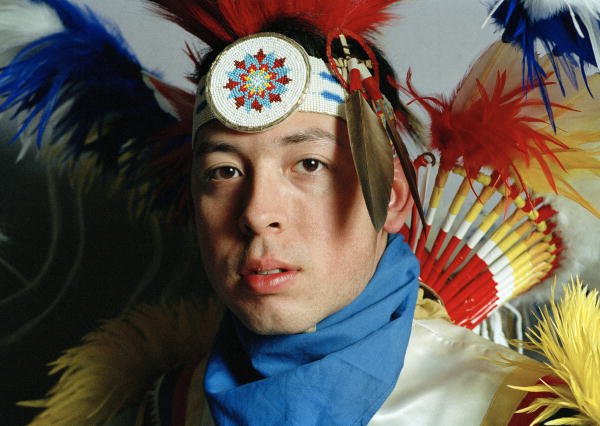 Today is Columbus Day. For many that means nothing more than a day off work in honor of the man who “discovered” America.

But for others, today is the continuation of a movement to recognize the indigenous population that inhabited the Americas before Columbus’ arrival.

One sign of this movement can be seen on Twitter: this morning, #IndigenousPeoplesDay trended alongside #Columbus day. The counter-holiday has gained steam in recent years, and is beginning to turn heads across the country and on social media.

I just remembered that today's a day that some dude "discovered" a land that already had people living on it. #IndigenousPeoplesDay

Enjoy the day off of class! Today's federal holiday is a good reminder of why rhetoric & the narratives we use matter. #indigenouspeoplesdaypic.twitter.com/5zApCXATR1

A reminder:  #ColumbusDay celebrates a man who cut off the hands of Indigenous people who didn't give him enough gold. #IndigenousPeoplesDaypic.twitter.com/F57tFyY57H

While Indigenous Peoples’ Day may have been trending on Twitter this morning, the name change is more than 20 years in the making.

The movement to rename Columbus Day to Indigenous Peoples’ Day began in 1990 when the state of South Dakota officially recognized Native Americans’ Day in “remembrance of the great Native American leaders who contributed so much to the history of our state.”

Berkeley, California, was the first city to adopt the name change, in 1992. It has since been joined by major US cities, including Minneapolis, Portland, and most recently Phoenix.

California, which celebrates Native Americans’ Day in September, and Vermont are the other two states to recognize the name change along with South Dakota. Many city councils are now hearing petitions to change the name of the holiday.

We can start by acknowledging  #Indigenouspeoplesdayhttps://t.co/qUjUTvPA0B

"Phoenix is now the largest U.S. city to recognize #IndigenousPeoplesDay"

Now, over 40 states, cities, and counties recognize Indigenous Peoples’ Day, according to Think Progress. Eighteen states do not recognize Columbus Day as a federal holiday, including Hawaii — which instead celebrates Discoverers’ Day.

Still, some cities have struggled to pass legislation to rename Columbus Day, including Cincinnati and Oklahoma City. Supporters of Indigenous Peoples’ Day have twice petitioned Oklahoma City, both times unsuccessfully.

#OKC city councilors who turned their backs on #IndigenousPeoplesDay should be ashamed of themselves.😡  https://t.co/bvcZpuDQXM

Others took to Twitter to remind us of some of the current struggles facing indigenous populations in the US.

I can't even explain how hollow the notion of #IndigenousPeoplesDay rings in a country that's allowing DAPL construction to resume tomorrow.

Today, less than one percent of Americans identify as American Indian or Alaska Native, but indigenous issues have gotten some attention recently — like the Dakota Pipeline Project, which has attracted protesters from as far away as Hollywood.

What's great about Indigenous Peoples’ Day is that it gives the other 99% of people who identify as US citizens the opportunity to confront a different narrative about the founding of this nation. In 2016, it is about time.