Up to 50 Young Migrants From Africa Were Purposefully Drowned by Smugglers, UN Says 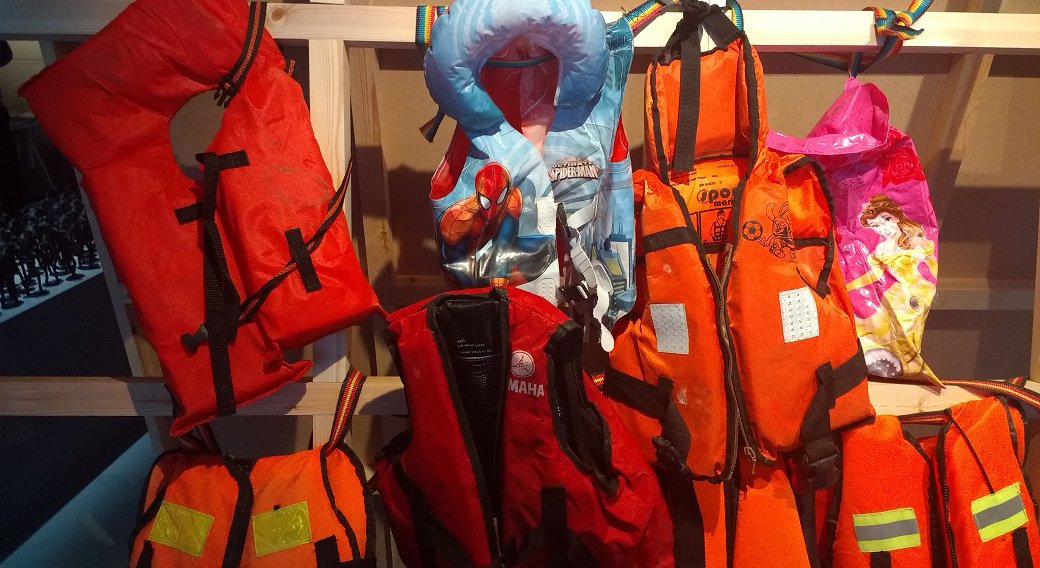 Up to 50 migrants were “deliberately drowned” Wednesday as smugglers “forced them into the sea” near the coast of Yemen, the Associated Press reports.

Now, less than 24 hours later, the International Organization for Migration (IOM) is reporting that another 180 migrants were pushed from a boat in the same area.

Breaking: 180+ migrants forced from boat today, a day after 50 Somalis & Ethiopians were drowned by smugglers off #Yemen. pic.twitter.com/piuSSNDgDu

These two separate incidents show the growing dangers African migrants face as they attempt to escape conflict and famine in the Horn of Africa.

Even as a civil war rages in Yemen and the country faces a humanitarian crisis, teenage migrants from African countries are increasingly fleeing “economic and environmental factors,” including drought and political instability, back home for the coasts of Yemen, unaware of the situation on-the-ground there.

Smugglers, for their part, see the migrants as an economic opportunity: they can charge anywhere from $100-$1000 per head to bring migrants from North Africans to the shores of Yemen, according to CNN.

"The suffering of migrants on this migration route is enormous," says @ldeboeck after latest tragedy in #Yemen ➡️ https://t.co/0NnrcDRKBupic.twitter.com/MFIJB4c9TX

“This is shocking and inhumane,” Laurent de Boeck, the IOM's chief of mission in Yemen said in a statement. “The suffering of migrants on this migration route is enormous. Too many young people pay smugglers with the false hope of a better future.”

The 50 migrants who were drowned on Wednesday came from Ethiopia and Somalia, according to the UN Migration Agency, and were on average 16 years old. According to Al Jazeera, Somalis continue to migrate to Yemen on account of drought and the armed terrorist group al-Shabab, while Ethiopians are fleeing anti-government protests and an extended "State of Emergency."

Twenty-nine shallow graves were discovered by IOM staffers during a “routine patrol,” and another 22 migrants are still missing from Wednesday’s incident.  Global Citizen campaigns on migration — you can take action here.

According to the Associated Press, smugglers pushed an estimated 120 migrants off the boat when they saw authorities approaching the boat. They then reportedly returned to Somalia to pick up more migrants.

At least five more bodies were recovered on Thursday, when another 180 migrants were forced off a boat, and 50 are still reported missing. The IOM did not say whether it was the same smugglers.

According to the IOM, this year alone 55,000 migrants have left the Horn of Africa to come to Yemen. More than half are children under 18 and one third are women, the organization has reported.

While more than half of migrant deaths in 2016 took place in the Mediterranean, last year 44 migrants died in the Strait of Yemen, 45 off the coast of Ethiopia, and 68 off the coast of Somalia, according to the Missing Migrants Project.

Last year more than 110,000 migrants made their way to Yemen, where, according to the AP, they often face “abuse by armed trafficking rings.”

The IOM expects this number will be higher in 2017.

Read More: US Must Step Up to Help Save 20 Million Facing Famine

Once migrants reach the shores of Yemen, they are subjected to myriad abuses by smugglers who operate with relative impunity in the area, the IOM has said.

“It's absolutely awful, and this is reflected in the real big business which is happening now in Yemen where there is no capacity to actually control the border,” de Boeck told Al Jazeera. “We have seen since the [civil war in Yemen began] increased smuggling to the country.”

Yemen’s civil war dates back to March 2015, when Houthi rebels — members of Yemen's Zaidi Shia Muslim minority — entered into conflict with the Saudi-backed government of President Abdrabbuh Mansour Hadi. Since 2015, more than 7,000 have been killed and an estimated 70% of the country’s population is in need of humanitarian assistance.

Despite this conflict, young Ethiopian and Somali migrants are coming to Yemen not to stay, but rather in search of economic opportunities in Gulf countries, including Saudi Arabia and Oman.

Read More: US Must Step Up to Help Save 20 Million Facing Famine

But, as the events of the past two days show, all-too-often this journey ends prematurely — not on land, but in the sea.