And how foreign aid could have prevented them.

What causes a famine?

Historically, it’s been because of poor harvests. Poor harvests can start a famine, or worsen an existing famine, but most famine’s reach their worst point because of human action or inaction.

Whether a government is blocking imports and exports, conflict disrupts trade and farming, or aid organizations take too long to react, human actions can turn small-scale food shortages into catastrophic famines.

Global Citizen is dedicated to eradicating extreme poverty and hunger in the world by 2030. You can take action here to support this goal.

These are five famines since 2000 that could have been avoided or ended had the international community provided relief when called to do so by the UN.

The Niger food crisis of 2005 left three million people short on food, and by mid-2005 approximately 32,000 children under five years old were severely malnourished, according to WHO.

The origins of the “acute humanitarian crisis” can be traced to a drought, followed by a devastating locust invasion, and inadequate response from the international community despite pleas by the UN.

By June 2005, thousands of people protested in Niger’s capital demanding food, a request denied by the government which continually refused to acknowledge the food crisis. Just a month later, people began fleeing across the border to Nigeria in an effort to escape the destitution.

At the end of July, the international community started to receive reports of widespread starvation in Niger; a situation that UN officials say could have have been avoided had the global community answered pleas made in November of 2004 following the locust infestation.

UN humanitarian chief Jan Egeland reported that 16 of the 41 malnourished children receiving treatment at a feeding center died within a single week.

In 2005 alone, it is estimated thousands died of starvation. 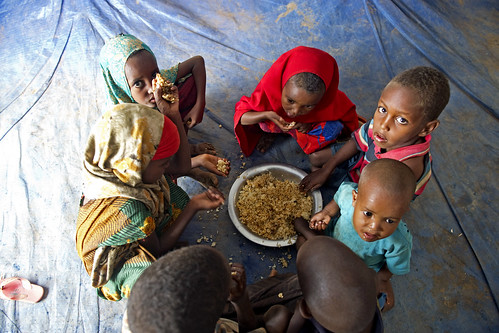 The UN officially declared famine in two of Somalia’s regions, Bakool and Lower Shabelle, in July 2011. By August, Middle Shabelle, Afgoye, and parts of Mogadishu were also declared regions of famine; and the rest of the nation was considered to be in the midst of a severe food crisis.

Followed by the worst drought in 60 years, the famine was considered the worst in 25 years. It devastated Somalia and left 4.6% of the population dead, more than half whom were children under the age of five.

Read More: These 3 Food Security Programs Will Be Decimated Under Trump’s Budget

Like the Niger food crisis, most deaths caused by the famine could have been prevented had the international community sent aid earlier.

"Responding only when the famine is declared is very very ineffective,” Rudi Van Aaken, UN Food and Agriculture Organisation in Somalia, told BBC. “Actually about half of the casualties were there before the famine was already declared."

"Famines are not natural phenomena, they are catastrophic political failures. The world was too slow to respond to stark warnings of drought, exacerbated by conflict, in Somalia, and people paid with their lives." 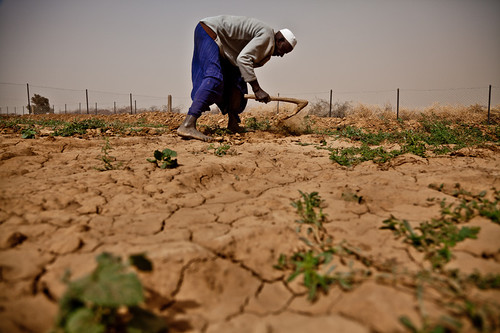 The region has a history of extreme droughts and famines that occurred in 1968, 1974, and 2010 were mitigated because of a large outpouring of international assistance.

But in 2012, when the region experienced another drought, aid communities struggled to reach people displaced due to domestic conflict and could not cope with the new famine while helping nations still recovering from food shortages brought on in 2010.

Although 2013 brought better rains and an increase in harvest production, the famine will cause problems for some time, as farmers did not have funds to replace lost crops even during the better rains because all the lost income sustained during that year.

Professor Thomas Plümper, an expert in social science at the University of Essex, told Thomson Reuters Foundation that this drought turned famine is not different from previous famines, and the international community should have been prepared.

“This is a catastrophe which many people knew would come. There would have been plenty of time to organise international food aid and still aid came relatively late and was not well organised.”

Since gaining independence in 2011, South Sudan has been plagued by a civil conflict, a refugee crisis, and a collapsing economy.

In February 2011, the UN declared a famine after finding that 100,000 people were on the verge of starvation and that 40% of the population was in need of urgent aid assistance.

"People have been pushed to the brink, [they are] surviving on what they can find to eat in swamps," Emma Jane Drew, Oxfam's humanitarian program manager in South Sudan, told CNN.

Just as with previous famines, South Sudan’s crisis was called a “man-made-tragedy” by aid organizations. Despite seeing warning signs three years prior to the worst of the famine, aid responses were too slow and ineffective at reaching people affected.

The good news is that foreign aid groups gathered enough support and funds to alleviate some of the damages cause by the dire food shortages, leading the UN to since remove the famine status from South Sudan. 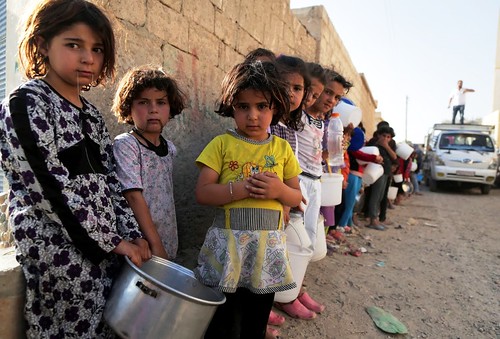 Another man-made-disaster has struck, this time in Yemen.

The Yemeni Civil War began in 2015 between supporters of President Abdrabbuh Mansour Hadi and those in favor of the Houthi rebel movement. As one of the poorest countries in the Arab world, Yemen was already struggling to support its population.

With the outbreak of war, 17 million people now face food insecurity; of which 6.8 million are directly dependent on foreign aid for food assistance.

The UN has accused Saudi Arabia of blocking fuel for aircrafts trying to deliver aid to the nation caught not only in famine, but also in the world’s worst cholera outbreak.

More than a million children under the age of five are suffering from hunger, making Yemen a country with one of highest rates of child malnutrition in the world.

"Yemen's children are trapped in an almost unimaginable tragedy, they're under attack from all sides," Caroline Anning, senior conflict policy advisor at Save the Children, told Al Jazeera.

With Saudi forces continuing to block all international flights to and from Yemen, relief for the nation is dependent on the UN and the international community easing Saudi blockades and providing aid to the region.

In May, U.N. Aid Chief Stephen O'Brien told the Security Council that Yemen is not in the midst of a drought, and that food shortages are being caused solely by conflict. The famine, he said, could be “avoidable and averted’ if fighting ends.