"When women come together, change happens."

In Argentina, women denounced femicide. In Ireland, women railed against the criminalization of reproductive rights. In the Philippines, women demanded an to police violence. In the US, women displayed their economic clout by refusing to work.

In more than 50 countries on Wednesday, thousands of women united to protest sexism and inequality. It was the first International Women’s Strike, taking place on International Women’s Day, and this global solidarity caused the world to pay attention. There were many goals and messages aimed at many allies and opponents, but if there was one unifying thread throughout all of the events it was this: #BeBoldForChange.

The day was conceived with an undeniably bold vision: get women everywhere to refuse to do paid and unpaid labor. Everyone from executives to teachers to stay-at-home moms were called upon to abstain from working. If this happened, the message would be clear: women have the power to upend economies and so their political demands should be heeded.

"This whole movement means equality, it means togetherness, it means that we won't be ignored or excluded," one woman named Leotha told Global Citizen at the women's strike in New York. "Our voices won't be silenced."

Women everywhere were forthright in their demands for equal pay, equal opportunities, access to healthcare and family planning, an end to verbal, physical, and sexual assault, an end to US President Donald Trump's "global gag rule" and much more.

Tangible victories were even achieved — Iceland enacted a law demanding equal pay for all people regardless of gender, race, ethnicity, sexuality, or nationality, and Canada committed $650 million to global reproductive rights.

"This specific demonstration will help keep the movement in motion so we really need to keep showing up," another woman named Angela told Global Citizen at the strike in New York. "Mostly, we have to support our representatives that are supporting women."

Amid this barrage of activism, leaders across the world acknowledged the importance of women.

"Denying the rights of women and girls is not only wrong in itself," UN Secretary-General Antonio Guterres said in a statement on Monday. "It has a serious social and economic impact that holds us all back. Gender equality has a transformative effect that is essential to fully functioning communities, societies and economies."

On #IWD2017, we celebrate the remarkable achievements women have made, & reaffirm our commitment to gender equality: https://t.co/ElKIQYJ7uKpic.twitter.com/ONRYXQu8G6

I have tremendous respect for women and the many roles they serve that are vital to the fabric of our society and our economy.

Here’s a look at some of the events around the world: 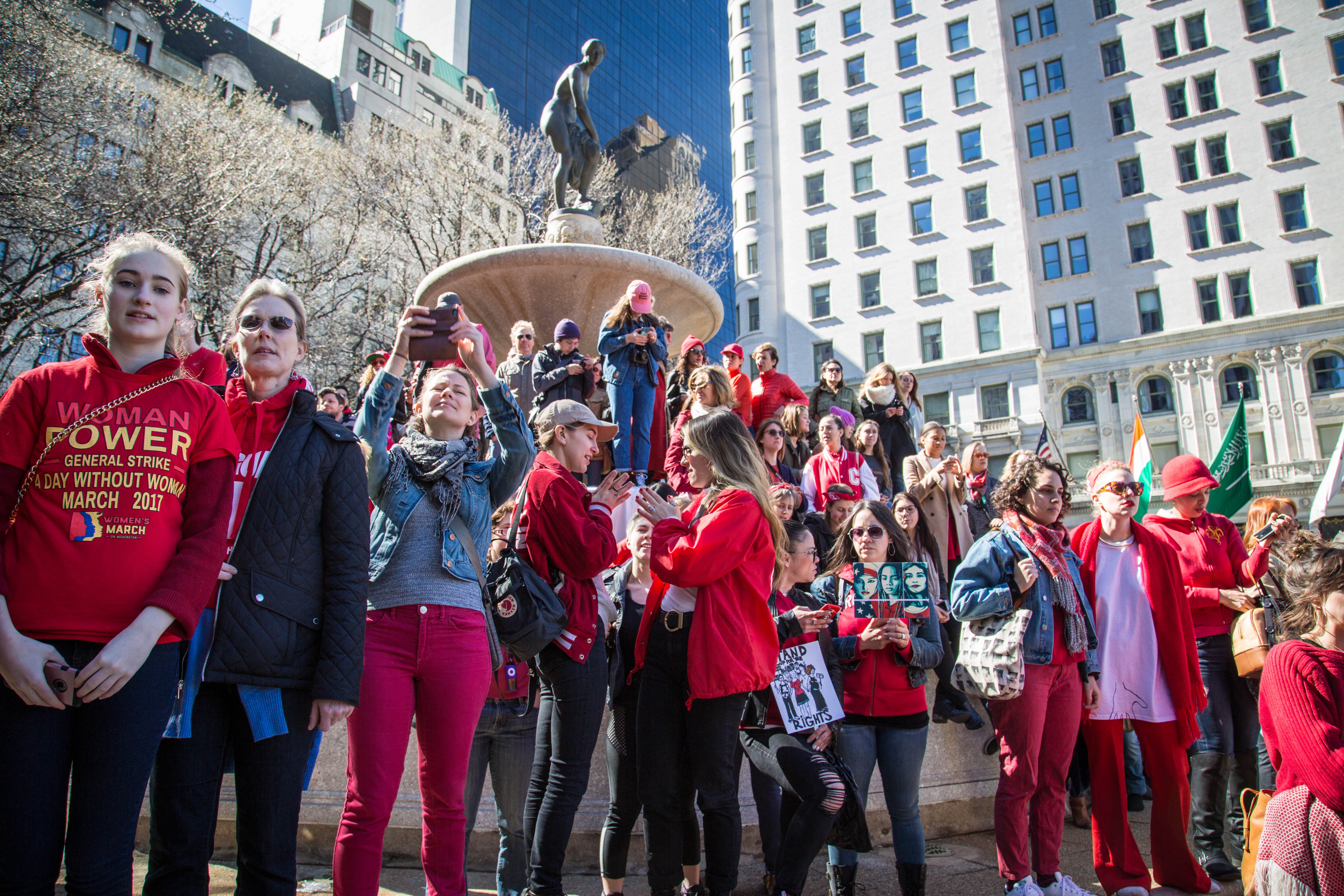 Female lawmakers walk out of House chamber in honor of women’s strike https://t.co/KzTHQILnmbpic.twitter.com/s1wuhYwQI8

Thousands of women spill out through traffic, headed west for a march along Central Park — "Trump and Pence have got to go!" pic.twitter.com/IkpVGQaHqP

Women rallied in a one-hour strike in Buenos Aires, Argentina to honor #IWD2017pic.twitter.com/r1igkQpLWT

Women in London, UK, demonstrate in support of #InternationalWomensDay@WomensStrike#WhyIStrike#WeWontWait@womensmarchlonpic.twitter.com/t5MqKuwbdN