The practice affects one in five girls in the country. 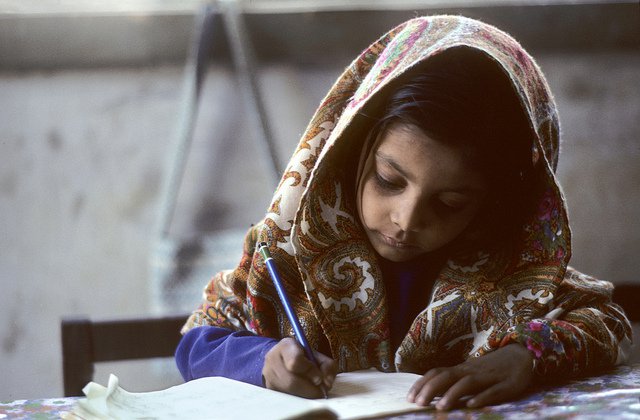 By Saleem Shaikh and Sughra Tunio

ISLAMABAD, Feb 7 (Thomson Reuters Foundation) - Pakistan has outlawed child marriage and toughened penalties for those guilty of the crime in an effort to crack down on the practice which is estimated to affect one in five girls in the country.

The legislation passed by the National Assembly, or lower house of parliament, on Monday, also bans forced marriage involving women from minority groups.

Under the new law, offenders will face a minimum of five years in prison and may serve up to 10 years. They also face a fine of up to $9,547 (1 million rupees.)

Before the change in law, offenders faced a minimum of three years in prison and a fine of 500,000 rupees.

"The punishment has been made harsher in the law ... in order to completely curb the social maladies which have risen because of the less stringent punishment and fines," Federal Law and Human Rights Minister Zahid Hamid told Thomson Reuters Foundation by telephone.

According to the U.N. children's agency UNICEF, around 21 percent of girls in Pakistan are married before the age of 18.

Read More: Russia Makes It Legal to Abuse Spouses, Children in Some Cases

Nearly 4 percent of Pakistan's population of 202 million people are not Muslim, according to the CIA Factbook.

Social and gender inequality, a desire to control women's sexuality and protect family honor as well as poverty are some of the factors driving child marriage in Pakistan, according to advocacy group Girls Not Brides.

"Large-scale awareness about the crucial law and now about its amendments is key to make the law a success," said Mahpara Shakil Ghauri, a senior official at Aurat Foundation, a charity promoting women's rights.

Local advocacy group, the Society for the Protection of the Rights of the Child (SPARC), estimates that almost 58 percent of girls are child brides in rural areas.

Read More: Hillary Clinton Is Back, and She Has a Message For Women and Girls

SPARC's chair Humera Malik said it was a concern that civil society organizations' demand to increase the age of marriage to 18 from 16 had been ignored in the new law.

"Raising the age of the girl to 18, the same as that of a boy, was a long-standing demand of the child and women rights organization in the country. But it's really disappointing the age issue have been left untouched," Malik told the Thomson Reuters Foundation.