Hillary Clinton Is Back, and She Has a Message For Women and Girls

“Despite all the challenges we face, I remain convinced that yes, the future is female.” 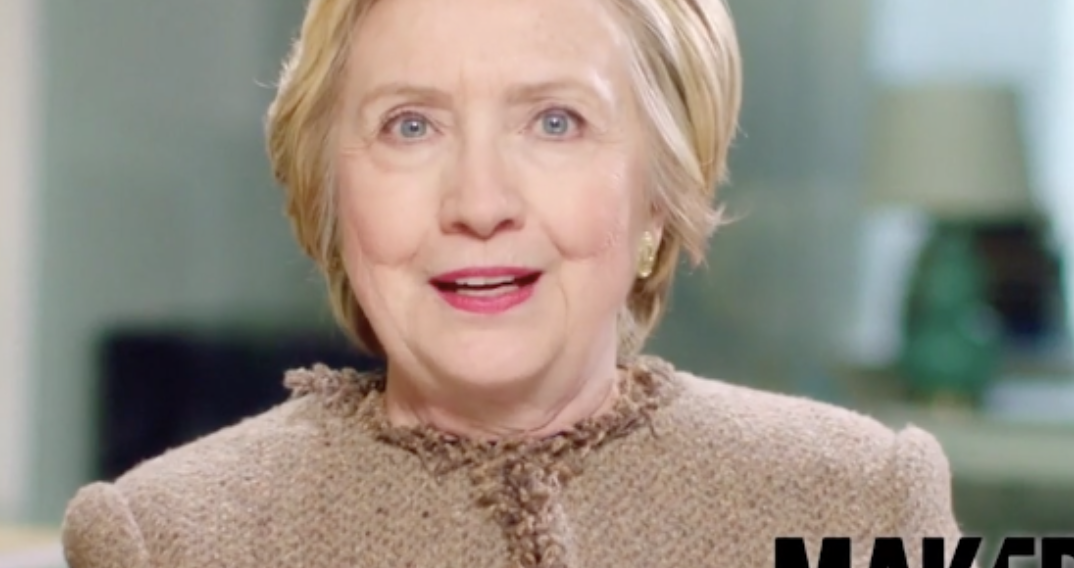 Since the inauguration of President Donald Trump on Jan. 20, Hillary Clinton has remained largely quiet. But in a newly released video message, Clinton broke her public silence with an empowering message to the nation’s girls and women, affirming their ability to create change and to lead.

“We need strong women to step up and speak up,” Clinton said in the video, which was released for the Makers Conference in Ranchos Palos Verdes, California. “We need you to dare greatly and lead boldly.”

Read more: A Majority of Americans Voted to Have a Female President

Clinton has shown her support for the Women’s March and for the protesters who took to the streets to voice their opposition to President Trump’s travel ban, but up until today, she’s expressed that support only on Twitter.

Thanks for standing, speaking & marching for our values @womensmarch. Important as ever. I truly believe we're always Stronger Together.

I stand with the people gathered across the country tonight defending our values & our Constitution. This is not who we are.

In her video to the Makers conference, she praised the organizers of the march and the “amazing energy” they brought.

Read more: Millions of Women March Around the Globe Day After Trump Inauguration

She left with a message for young women who “[wonder] whether our rights, opportunities and values will endure.”

“You are the heroes and history makers, the glass ceiling breakers of the future,” she said. “Never doubt that you are valuable and powerful and deserving of every chance and opportunity in the world.”