Russia Reduces Punishment for Abusing Spouses, Children in Some Cases 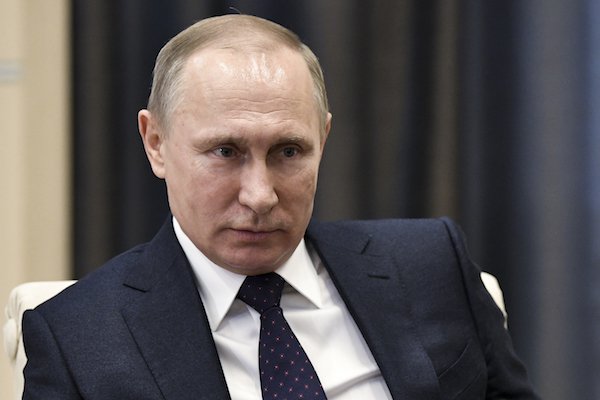 In Russia, a woman dies every 40 minutes from domestic abuse.

And yet Russian President Vladimir Putin signed a new law on Tuesday decriminalizing domestic abuse, including against children.

The bill, coined the “slapping law,” allows offenders to get off easy for their first domestic violence incident that doesn’t result in serious injury: 15 days in jail, community service, or a $500 fine.

The punishment used to be two years in jail.

Repeat offenders who continue to injure their spouses or children can face up to six months of community service, house arrest, or a slightly higher fine of $675, according to CNN.

The law was passed easily in both houses of Russia’s parliament before Putin signed it.

The defense of the bill was almost as surprising as the law itself. One Russian lawmaker, Duma Vitaly Milonov, said that “sometimes a man and a woman, wife and husband, have a conflict. Sometimes in this conflict they use, I don't know, a frying pan, uncooked spaghetti, and so on.”

"Frankly speaking what we call home violence is not home violence — it's sort of a new picture of family relations created by liberal media,” he said.

A priest in the Russian Orthodox church told The Guardian that the law was a rebuke of the “Western imposition” of the state intruding in household affairs, while legislator Olga Batalina said the law wasn’t about whether domestic violence was right or wrong but that the “question is how to punish people.”

According to Voice of America, official Russian data shows that 40% of violent crimes occur within families.

Still, violence against women is not unanimously opposed in the country: a news article that ran last week in a Russian tabloid applauded the “advantages” of wife-beating, saying scientific studies found that abused women were proud of their bruises and more often give birth to boys.

Activist Alena Popova held a one-woman protest outside of Russia’s parliament building today, where she was accused of being a paid protester by foreign governments. But her efforts have garnered success elsewhere: a petition she started protesting the bill collected 300,000 signatures and spawned the hashtag #Iamnotscaredtospeak, which women used to share stories of abuse on Twitter.

Russian news agency RIA Novosti has said that 12,000 women die each year in Russia from domestic violence. And now, they have one less form of protection from their abusers.